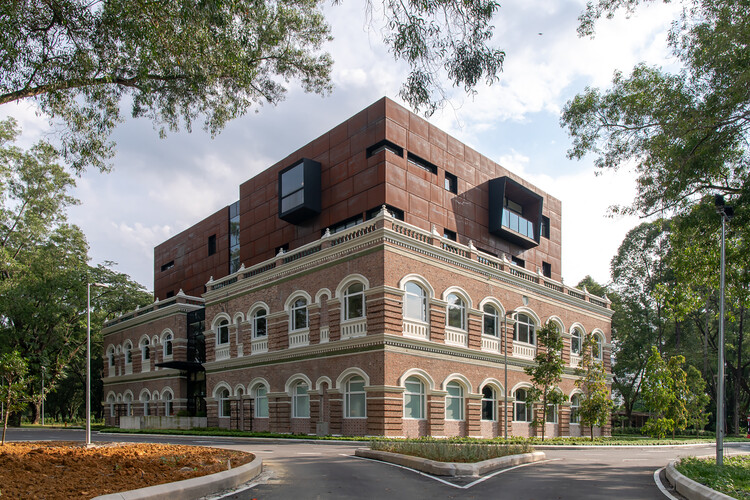 Text description provided by the architects. Sentul Works is nestled within the extended park setting of Sentul Park in Sentul West, Kuala Lumpur, Malaysia where the Federated Malay States Railway (“FMSR”) rail complexes were established in 1904. This century-old colonial building was formerly the headquarters for the FMSR under British rule.

For years, this colonial building with its distinctive brick-and-concrete arched-colonnades façade stood prominently as a hollow shell amidst the leafy canopy of the park’s big old trees until YTL Land Design Group spearheaded its restoration to create a unique atmosphere for a compatible new use as a modern office building. The brief to the architect was to ensure that building adaptations do not deviate materially from the building’s original architecture. The “new” must not overwhelm the “old” as ideally, both elements should coexist to express a fresh aesthetic to the building’s age and heritage.

The original layout of Sentul Works consists of 2 main spaces separated by a central double-volume hallway. Adapting to the original symmetry of the building interior, the new free plan office spaces flanked around the original hallway now serve as a double-volume central atrium. A bridge on the first floor links the office floor plates on both sides. Visual connection is established between tenants of the ground and first floor within the working environment without compromise on privacy. The interior of the office is planned as a flexible free plan, giving tenants maximum adaptability according to their working needs.

The new second and third floors form a new mass rising from the majestic colonial form at the base. Steel posts and beam structures supporting the new floor slabs lightly raised from the ground are well-integrated yet structurally independent from the colonial structure. This, at the same time, brought the architectural challenge of creating a relationship between old and new. The new mass is made recessed inwards from the main colonial block below as a means to preserve the scale and presence of the old.

Corten steel which is used as the external building surface for the projected new mass above the existing building structure blends harmoniously with the exposed steel frame skeleton of the adjacent old railway workshops. The Corten cladding gives a modern cutting-edge outlook yet embodies a rich warm texture that resonates with the surrounding old rustic material palettes.

A central glass curtain wall breaks the homogeneity of the Corten-clad new mass. The façade break enhances the quality of modern abstraction and conformity to the domineering and symmetrical colonial architecture below. Office tenants are visually linked to the surrounding context by window openings on the new Corten-clad building skin. Tranquil greenery is brought into the office interior through thoughtfully carved-out window openings.

A number of balconies and bay windows are strategically added to some of the openings between the grid projecting towards the historical railway workshops to the north, the lush park setting to the west, the YTL Land sales gallery to the south-west and the iconic soaring towers of The Fennel by YTL Land towards the east. The balconies and pop-out windows create surprises and contribute to the overall abstraction of the upper mass in contrast to the formal language of the colonial architecture below. 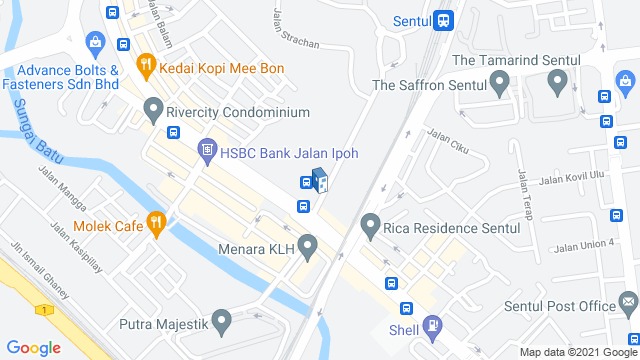 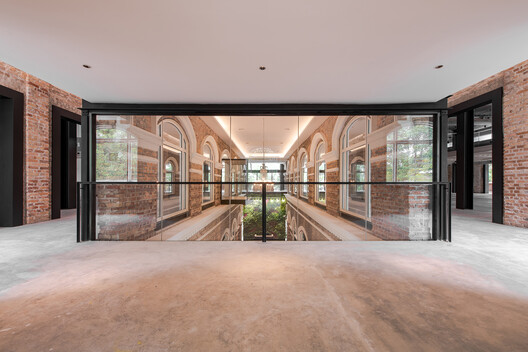 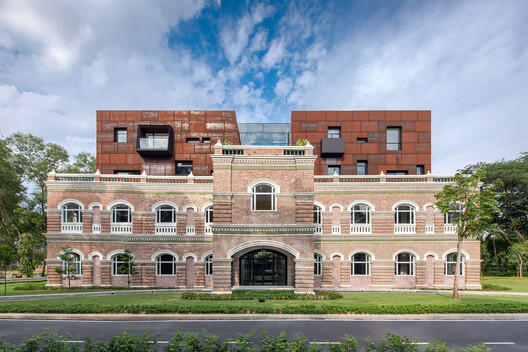 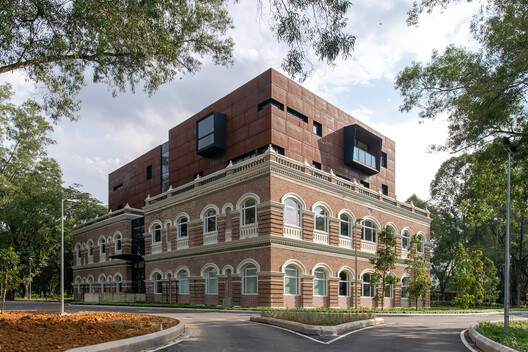