✕
Save
Can Green Roofs Make Our Cities Better?
Share
Or
Copy

Researchers credit the Hanging Gardens of Babylon as the first examples of green roofs. Although there is no proof of its exact location and very little literature on the structure, the most accepted theory is that King Nebuchadnezzar II built a series of elevated, ascending terraces with varied species as a gift to his wife, who missed the forests and mountains of Persia, their local land. According to Wolf Schneider [1] the gardens were supported by brick vaults, and under them, there were shaded halls cooled by artificial irrigation of the gardens, with a much milder temperature than the outside, in the plains of Mesopotamia (present-day Iraq). Since then, examples of green roofs have appeared all over the world, from Rome to Scandinavia, in the most diverse climates and types.

Nevertheless, inserting plants on roofs is still viewed with suspicion by many, as they are thought to be costly and difficult to maintain. Others, however, argue that the high implementation costs are quickly offset with savings in air conditioning and especially that occupying the building's fifth façade with vegetation is, above all, a rational solution. In any case, the question remains as to how green roofs can really help with climate change.

A green roof consists of a roof slab that, on top of it, has a layer of soil and vegetation on a waterproofed surface, which can be flat or slightly sloping. The thickness of the soil layer will influence the type of vegetation that can be planted, ranging from 15 centimeters to more than 1 meter. Constructively, below ground, several layers of materials are usually inserted, with variations and sophistication in the details according to the responsible designer. Under the substrate, a geotextile blanket is usually included, which will let the water through but keep the earth contained. Below is a drainage layer, where the water will remain stored and overflow drains are installed. Including an anti-root layer is important to prevent them from infiltrating the structure and triggering more infiltrations. Underneath this, the slab structure, waterproofed in some way, completes the system.

There are several suppliers and manufacturers of green roofs available to consider for these projects. It is interesting, whenever possible, to include technicians and suppliers from the design process onwards, so that they can advise on specifications for thermal performance, drainage, loading and other factors. There are prefabricated modular systems, for example, which already include all the layers and even prepared plants. Due to the significant increase in weight, the building's support structure must be calculated for this, which will result in more robust structural parts. In the case of a remodeling project, the additional load must be studied to avoid structural problems. Another element to be taken into account is access to the roof for maintenance. This is a key factor, which often weighs heavily against many roof gardens. There are some that require very little maintenance, while others are more demanding, with more watering and pruning needed. Any garden roof will require routine cleaning and inspection of the parts to avoid future problems.

When built, designed and maintained properly, green roofs have more advantages than disadvantages. For the building occupants below, the vegetation reflects most of the direct sunlight rather than absorbing it, and the moisture present in the vegetation and substrate prevents heat gain from the structure, providing energy savings for cooling. In arid climates, the increase in thermal inertia, due to the substrate, will increase comfort, reducing temperature fluctuations inside. Also, it is generally a potentially usable, extremely pleasant green space.

But the advantages are not just private. Especially in large and dense cities, the creation of green roofs can mitigate some serious problems. According to the EPA (Environmental Protection Agency), the use of green roofs in cities or other built environments with limited vegetation can moderate the heat island effect, especially during the day. Green roof temperatures are between 16 and 22°C lower than conventional roofs and can reduce the city's ambient temperature by up to 2.7 °C. In other words, they are highly efficient devices to reduce urban heat islands.

In New York, Stuart Gaffin has been researching the possibilities of installing roof gardens on the tops of buildings. According to this article he co-signed with other researchers, it is estimated that the potential area of ​​the roof surface in the city is equivalent to 20-30 times the land area of ​​Central Park. According to him, as protected and safe spaces, roofs have many advantages as places for urban vegetation. Currently, traditional roof membranes have only adverse environmental impacts and are also degraded and neglected spaces. The surveys included modules with the succulent vegetal species Sedum spurium, comparing the results with standard dark roofs. The maximum temperatures on roofs planted with Sedum were found to be 30 degrees Celsius (54 degrees Fahrenheit) lower than temperatures on standard roofs. They also found that Sedum plants are low maintenance and thrive without any additional watering, greatly reducing the need for care and maintenance.

Another crucial issue is that the green roof also helps control runoff and rainwater retention. In densely built cities, soil sealing is a serious issue. First, because in the case of heavy rain, the drainage speed of the urban drainage system may be insufficient, overloading it and causing flooding. In addition, all of the pollution and dirt present in the streets ends up going directly into the system, which can pollute rivers and streams. Garden roofs work by dampening and filtering a good part of these impurities. Data collected from a study by researchers at Pennsylvania State University's Green Roofing Research Center show that green roofs captured up to 80% of the rain during storms, compared to a typical 24% for standard roofs. As green roof plants mature and root systems grow, rainwater retention may even increase. The growing medium and plant material from the roof also act as a filter and help to neutralize acid rain and trap dust and airborne particles.

Two other interesting potentials for green roofs are the possibility of spaces for urban farming and, above all, a new habitat for beneficial plants and animals in urban areas, helping to increase biodiversity. Birds, bees and other insects find more space to live, improving the ecological balance in places as harsh as cities. The observation of characteristics is a key point to create more balanced environment that is adapted to local conditions. As discussed in this article, on a green roof, it is advisable to make use of region-inspired natural strategies to maintain a green roof with vegetation, even when the weather is abnormal. In this way, the species will be resilient and will not need so much watering, fertilization or pruning. Understanding the local climate and vegetation, together with the environmental constraints to implement the garden, is vital for its success. While installation involves higher upfront costs than a traditional roof, there are many economic and urban benefits that can outweigh this. If proper precautions are taken, they can be extremely beneficial to the private and public spheres. 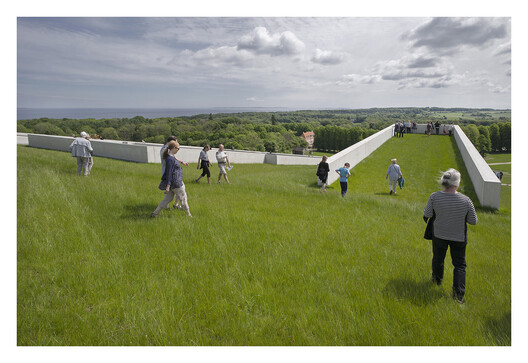