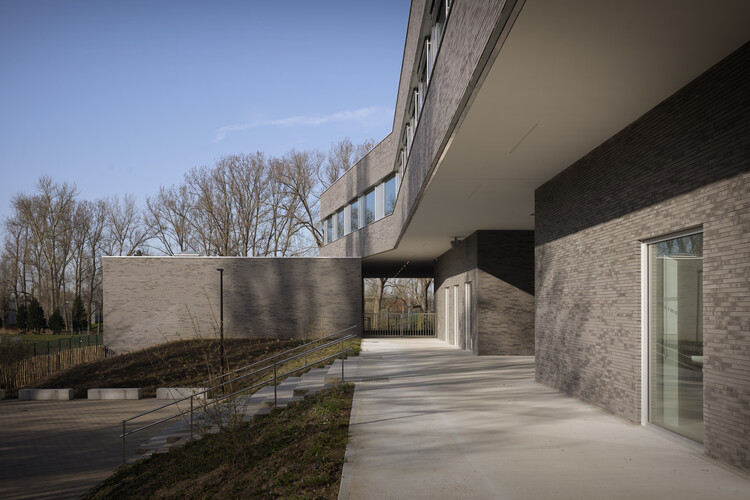 Text description provided by the architects. The Bempt municipal park in Forest is linked to the large green promenade around Brussels. In the summertime, it is a family place to play ball, picnic and take a nap in the open air. Behind this ancient humid plain, from the sports fields, you can see the school through the foliage, which is reflected in the ponds.

The building integrates two schools, nursery and primary, which operate separately, but interconnected to form a single architectural composition. A stack of three brick volumes forms an arch under which the students can take shelter on a tier. The articulation of the volumes is done according to the steep slope of the land and connects the interior spaces and the courtyards oriented in two different directions. This naturally creates varied perspectives and atmospheres.

For the classes, there are two large windows at children's height; for the circulation of the primaries in double height, a vertical curtain wall system constitutes a large interior arcade along the courtyard; for the common areas, long glazed bands are installed.

On the Chaussée de Neerstalle side, the school asserts its character as a public facility through the large overhang which forms a large protective awning above the entrance to the kindergartens. A large step takes part in this staging. Primary school students walk along the building towards the end of the park protected by a recess overlooking the ground floor.

Laterally, from the large lawn, the building spans its entire length and stands out in several successive planes. The school has a reassuring and understated presence, without giving the impression of dominating the park.

Brick acts as a link with the facades of Brussels streets and brings a rational and urban character to the building. Very stretched and very flat, lay seamlessly according to a wild apparatus, it forms large flat areas that look like bark. Its format, its implementation and its nuances, with tones close to those of the tree trunks in the park, engage in a dialogue through mimicry.

The arrival of the school adds real added value to the neighborhood in response to the growing demand for teaching premises in the municipality. Its location and configuration seem to plead for a stop of constructions in front of the street in order to preserve the park. 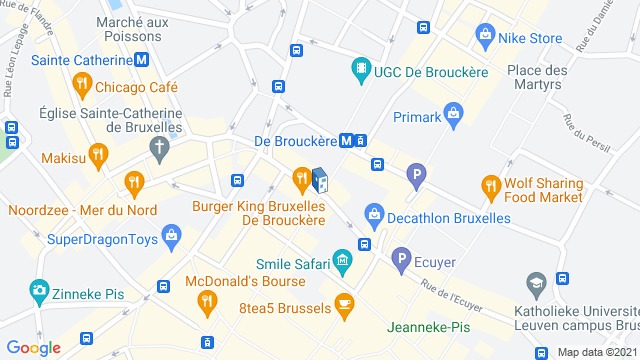 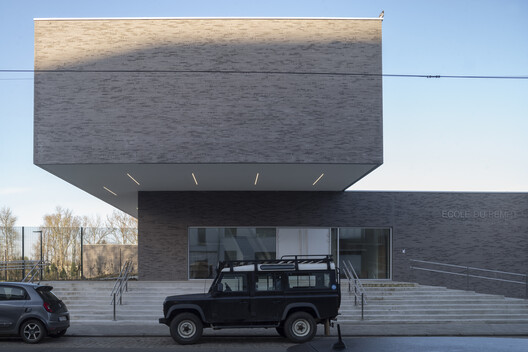