Save
"The Art of Pattern is the Legacy of our Grandparents": Koen Mulder on the Brick Bond as a Composition Tool
Share
Or
Copy

"Welcome to this strange book. With all the drawings, it might appear like a manual, but it isn't. The book is as much about joints as it is about pieces. Above all, it seeks the order that is inherent in things". These words are part of the introduction to Koen Mulder's book, "The lively surface: Masonry associations as a pattern art and tool of composition". Available in German, the 160-page manual, rigorously illustrated, presents a universe of possible pattern variations that can be created when you start designing.

We interviewed Koen to find out what inspired him to talk about this topic and to understand how he managed to gather all this information, while also figuring out the impact that this type of study can have on architecture students and architects.

Fabian Dejtiar (FD): "The lively surface: Masonry associations as a pattern art and tool of composition" talks about the influence of masonry and its associations on the buildings. What inspired you to write about this?

Koen Mulder (KM): This is actually not a simple question. I worked at an architectural firm that was playfully influenced by the Bossche School architectural movement and the measurement and proportion theory of Dom Hans van der Laan. We often played with the measurement tables, based on the Plastic Number, and extra fine-tuned it to determine the exact geometry. Although I often found the final results to be beautiful and in harmony, I disliked the religious nature of the measurement system. It defines a typical 'human being with his physical, sensory, and intellectual experience', whereas, in reality, human beings are quite diverse. A bit similar to the Modulor by Le Corbusier, this one concerns a human universal psychological experience of space, dimensions, and proportions. To me this is utter nonsense; that imagined human being is often not far from one own prejudice and assumptions. So of that substantiation, I, arch-skeptic, didn't believe a thing. But the measuring handhold does work. It is a good tool that leads to clearly recognizable families of forms and spaces. And it forces the designer to work very carefully.

I found similar support in the systematics of bricklaying - and especially in the relationship between stacking and patterns. The brick construction hides play of dimension and proportion once you get an eye for the greater line motifs of joints on the surface. To a greater or lesser extent, people experience both the logic and the visual illusions of this. A dimensional system based on masonry bond, with its necessary corner solutions, for me, is much more a play of bricks: It still gives a hold - the size of the building elements can be counted from the applied brick unit. On the one hand, it creates harmony and relationships between the forms, and on the other hand, it still holds the mystery behind 'what the brick wants'. The brick sets its own rules. Brick and joint are united in the pattern, creating four-quarter bats/queen closers with three joints that equal two headers with one joint, equal on a stretcher. And it is that pattern itself that determines, in consultation with the designer, the 'right' corner solution. My book is actually not about bricks, but about the relationship between bricks and joints. It is a textile ruler for the architectonic surface.

The Bossche School didn't do much thinking about the pattern of joints. For me, the beauty and even the meaningful relations are in the things themselves. And, although starting with those lofty ideas, I just got carried away by the brick game.

FD: It is fully illustrated with amazing drawings made especially for the publication. How was your work process? What was the biggest challenge?

KM: Actually, there was no process. It started as a private hobby; the relationship between stacking patterns and what I call secondary motifs fascinated me. A cross bond with its crossing diagonal lines is a great example, so is something we call Nordic chain bond (type of monk bond) in Holland. These are only joints around headers, but at a distance, your eyes discern a vertical chain-like motif.

I showed my first works to other architects and immediately we shared the same enthusiastic obsession. That was a great encouragement. I then received a small grant early on, for interviewing many Dutch architects that have a love for brick. Each time it was fascinating how, while playing and drawing, you discover things that you can't think of beforehand, and they open your eyes, from there on you, you start seeing examples in the real world. (or often on Google Streetview to be honest.) I think that's the fun of design in a nutshell. The interesting thing about bricks is that the connection pattern is of a second-order, a consequence of a three-dimensional movement upwards. That actually makes it meaningful. You think you understand something, while it can still deceive you. For example, a wall in English bond can look like a Cross bond from the other side, just by shifting the stretches in one of the stretchers' rows relative to the horizontal plane. And with corners, it's even more complicated. A cross bond needs a false header in the stretcher row to reveal the edge. The mentioned chain bond needs an extra header on the corner to finish with a full chain line on the surface. There are bonds - like the Chinese ‘2 flat and 1on its side’, a three-quarters thick wall - that can really only have one possible corner solution. This took me a week to figure it out.

FD: What impact do you think your book will have on architects? Especially on students since you are widely involved in the academic field.

KM: Students find the playful discovery of meaning in the detail, fun anyway. I teach architecture and building engineering at TU Delft where we also started a club called 'BK Brick Works', to experiment together or show each other's results. The students are mostly graduates. The Dutch book Het Zinderend Oppervlak (The Thrilling Surface) was possible thanks to the help of 250 crowd funders; architects who liked the subject. The demand for a small funding (“Please, Buy the book now and receive it in a few years?”) worked like a magnet: professionals started enthusiastically sending me their own inventions.

In the 70s and 80s, cheap brick in the Netherlands was super ugly; with grey-brown, grey-red, grey-yellow, beige with a rather dead sandy surface. But brick around here seemed to be a necessary condition for many real estate developers to sell people a fake permanence. At that time, we had also started insulating houses thermally and since then we started having the odd tradition to have the brick as a kind of veneer in front of an insulated cavity. Funnily enough, on the contrary, almost all pattern variation disappeared when that visible brick was relieved of its structural ties of carrying the floor and was placed in front of it like an apron. A lot was done in half-brick wild bond, because it looks authentic and historic, while historically that was never done. (Apart from that previously mentioned Bossche School in the early fifties).

At the moment the brick in the Netherlands is in danger of becoming more like a glued-on flat rectangular tile; a slab. That would not be a bad thing - I like ceramics anyway - if it was done with great care. It would still be a good opportunity to bring back very fine dimensions to the surface of the facade. Unfortunately, this too often remains stuck in reduced imitation.

I think that my book coincided with the need for more tactility, relief, shading, and mass in the facades. Indeed, from the 1990s there was also a huge revaluation of the brick expressionism of the Amsterdam School. I myself was also a bit done with the materialized concepts of plaster and chicken wire that we were taught at the time. From that time on, more and more beautiful bricks came on the market in the Netherlands. Brick shed off its role as the cheapest bulk material, although it only came in one standard slightly too large format. The pattern art is now rediscovered as the legacy of our grandparents, aka the love of small-scale craftsmanship. We often lose that unity between the small and the large through pattern because of the rough construction seams on-site and large prefabrication of building parts. And of course, as a durable tactile material with colour and brilliance, ceramic remains unsurpassed. It can be damaged without it just breaking: the ravages of time; erosion and patina. Many architects, I think, also share a certain distaste for absolute perfection. A bit like music. It is much more exciting when something is built from a bit irregular shapes, which through pattern and composition, awakening in us the sense of order. I actually believe that with the book I am also just surfing along on that wave. But then again, a really specific book might have more impact than yet another building.

FD: Your book shows that there is still a lot to say about bricks, what do you think would be missing to tell? Do you plan to do another publication about that?

KM: Because the book only came out in Dutch and German, I should actually make an English version first, or a Danish or Swedish version, because I often have the idea that pattern art is a standard construction knowledge in those countries. But fortunately, the drawings in the book are understandable for everyone. I am not planning to do a new publication – but I sometimes put new under construction articles on my website www.zinderendoppervlak.nl

At the moment I'm mainly concerned with very different aspects of brick. In the past, lime mortar was permanently flexible and brick could be reused, but since the use of cement mortar, bricks break when disassembled. There are more and more dry-stacking systems coming up which I find very interesting and I think that bringing brick and plants together for a much greener city will make not only a sustainable but maybe, more importantly, an aesthetically very attractive environment for people. In urban areas, I often find durability and caring for an environment that you want to share with your great-grandchild more important than the sole focus on embedded energy. I am involved in researching green brick quay walls; because, again, in the Netherlands, our recent brick quay constructions are also just brick claddings of corrugated steel and concrete sheet piling. I would love to bring some extra (ecological) functionality to the application of brick. And I do believe that because brick always brings back the human scale of objects that you can hold and stack, it makes the living environment more attractive to people. But that could also be nothing more than a personal belief of course. Just as my ideal brick of 40x90x190 mm is probably also inspired by affiliation to my old Delft city center. 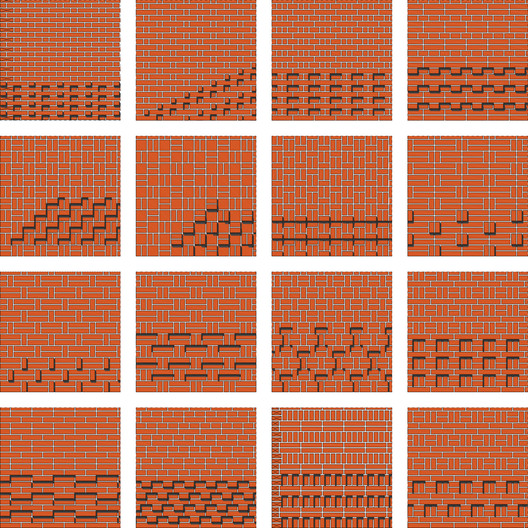