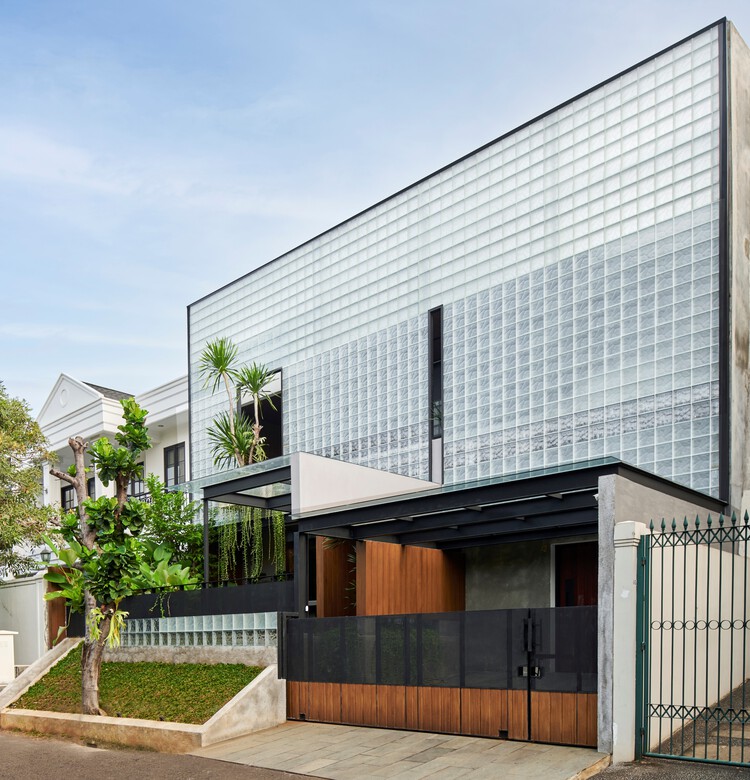 Text description provided by the architects. Refraction house is another micro experiment from RAD+ar, that questions the optimal way to preserve old unsustainable east-west facing deep plan, while questioning wall as the most basic element of privacy barrier.

The existing deep plan, facing west and east in tropical climate was not very favorable and best approach to achieve sustainability. Therefore, to ensure that every internal functional area to achieve natural lighting of 300 lux, we replace the majority of walls which prevent said concept into series of different glass block combination, that refracts lighting deep into the center of the house.

As the act to reduce direct heat in east west façade, direct approach of simply wall up front and back terrace were found to be most effective, as both sides were provided with open air balconies that ensure the heat being released in slower time at night were suddenly stacked vertically. Hence, each room facing these direct façades were benefited with plenty of illumination during daytime without has to compromise with heat in comparison to its normal opening before.

Mini internal garden was created in to ensure no major vegetation was blocking the maximum illumination entering the house, therefore smaller series of courtyard in back, front and the middle of site was chosen as the most appropriate integration. The transformation, retained majority of the structure and were to simplify and minimize the unnecessary element, then rather go basic and emphasize its functionality.

By finding a place to live in an everchanging environment like a walkway in a park within a single building, it will create a new sense of unique experience within the family that goes with time. As various lifestyle changes are expected in the future, the translucency of the glass-block  could acted as blank canvas that might be filled with creativity and narrative of the family along its way. 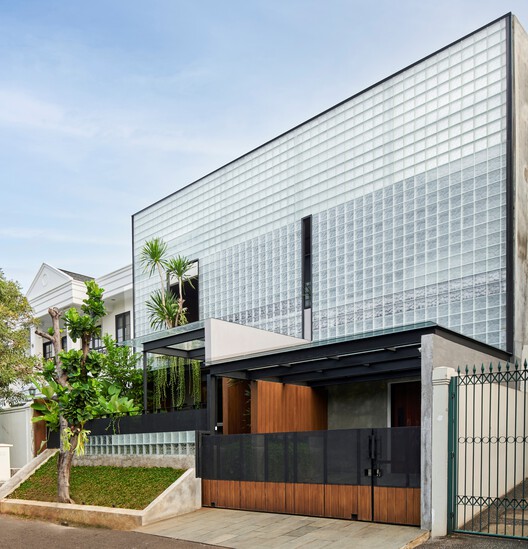