Gmp has won a competition to redesign a disused stainless steel factory that would accommodate the Shanghai Academy of Fine Arts. In tune with China's newfound interest in adaptive reuse, the project retains the core structure of the 860-meter long industrial building, as well as its ventilation towers. At the same time, it redesigns the façade and accentuates the central axis through a mix of social spaces. The design is part of a larger redevelopment plan to transform the former industrial site into an art district. 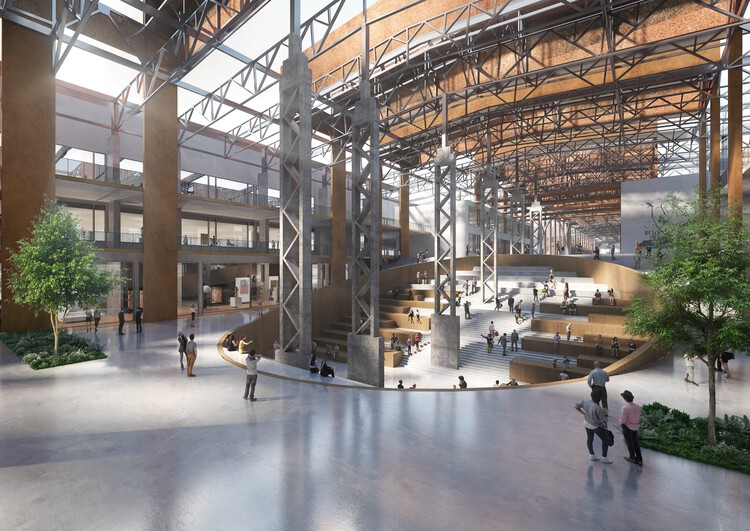 The stainless steel factory dates from 1986 and has closed its doors in 2016 after playing an important role in the country's industrial production. The site has been assigned as the new primary location for the Shanghai Academy of Art, one of China's key art institutions and an important entity for international art exchange. Gmp won the competition to refurbish the industrial building against several established firms such as Kengo Kuma and Associates, Perkins& Will or Ennead Architects.

The design's main feature is a central space running from east to west along the central axis of the entire building, constituting the main circulation while also aggregating a series of spaces for students, teachers, and campus visitors to meet and interact. The space also doubles as an exhibition area. Along this axis, there are five points of intersection, where the circulation becomes a bridge to allow for north-south pedestrian and motorized traffic.

The project replaces the facade with large glazed panels doubled by a metal mesh. This double-skin facade, together with the existing natural roof ventilation, allows for natural cooling and energy savings. The interior space will comprise studios, a publicly accessible forum with restaurants, a library, sports facilities, a museum and exhibition areas. The site for the Arts Academy will serve 4000 students and 600 teaching staff. 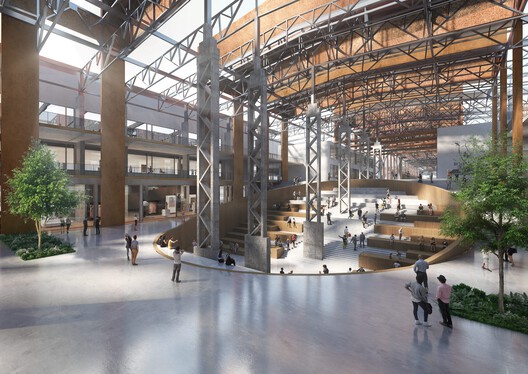