Save
The Architecture of North Caucasus
Share
Or
Copy

The little-known and remote area of North Caucasus is an intricate assemblage of territories, ethnicities, languages, religions, and, consequently, architectures, from Tsarist-era buildings to mosques, traditional bas-reliefs, and Soviet Modernism. The setting of controversial events and a heterogeneous cultural environment, in many ways, North Caucasus is a borderland between Europe and Asia, the former USSR and the Middle East, Christianity and Islam. Photographs by Gianluca Pardelli, Thomas Paul Mayer and Nikolai Vassiliev provide an introduction to the architectural landscape of the region. 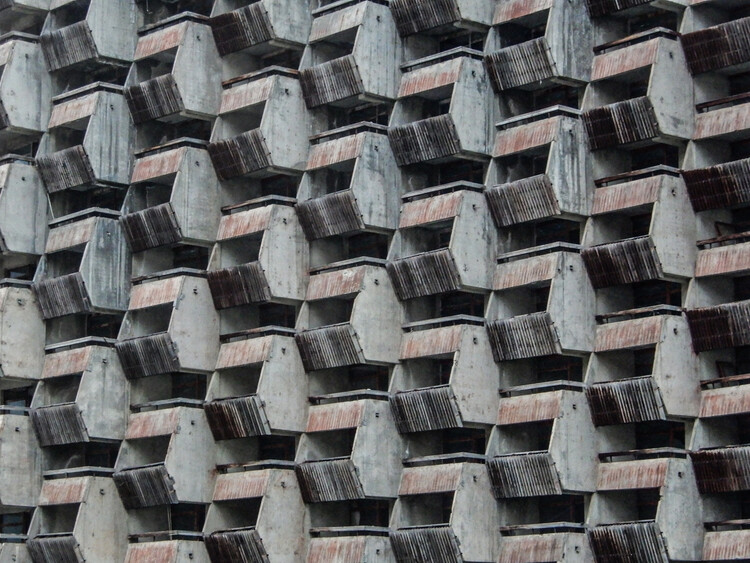 Comprising seven autonomous republics (Adygea, Karachay-Cherkessia, Kabardino-Balkaria, North Ossetia-Alania, Chechnya, Ingushetia, Dagestan) and two Russian territories- Stavropol Krai and the southern fringes of Krasnodar Krai (which includes the famous ski resort Sochi), the narrow strip of mountainous land could have very well been the setting for the myth of Babel, as highly diverse languages are spoken only a few kilometers apart. The history of the area is a tumulous one, scarred by military conflicts and social unrest. The region still remains a complex geopolitical subject; however, its architecture tells the story of a highly diverse social landscape shaped by contrasting powers and ideologies.

Berlin-based photojournalist Gianluca Pardelli, together with a team of authors (Kristina Walker, Caroline Purps, Tom Brennecke, Thomas Paul Mayer, Igor Bychkov, Nikolai Vassiliev), has been documenting the architecture of the region and the images provide a sneak peek inside what would be the first English-language architectural guide to Chechnya and the North Caucasus. The project's goal is to break through the wall of stereotypes and misconceptions still surrounding the region.

The Soviet Modernism in the area takes on specific nuances, drawing from the geography of the region and local architectural characteristics, such as traditional patterns of the Turkic people called Karachay. It is the case with Hotel Amanauz in Dombay, built in 1985 and left incomplete, which features wooden elements and a honeycomb structure intended to reflect the surrounding woodlands and the region's honey business. Much like in the European Eastern Block and Ex-Soviet republics, here as well Soviet architecture re-contextualizes local tradition in order to express the ethos of a progressive society that builds on its history but surpasses the past. In this sense, the region's Soviet-era architecture includes references to the local mythical character Sosruko, an equivalent of the Ancient Greek Prometheus, depicting the figure in mosaics or even referencing the local hero in architectural morphologies.

The landscape is dotted by Soviet-era monuments, marking significant sites. The monument to the Defenders of the Caucasian Passes in Karachaevsk created in 1968 is an abstract intervention in the landscape, showcasing a brutalist aesthetic. The prevalence of gigantesque monuments was perpetuated even after the fall of the Soviet Union, as is the case with Saint George the Dragon Slayer Monument built in 1995 in Ossetia, the largest equestrian monument in the world. Since the 1990s, the area has also seen the construction of numerous religious buildings, following a regional revival of the Islamic religion. A mosque inspired by the Blue Mosque in Istanbul stands at the heart of Grozny, the capital of Chechnya, against the backdrop of controversial new office towers that replace the city destroyed by war.

The region, mostly known to the world through its conflicts, holds a widely unexplored architectural landscape shaped by an intricate tapestry of cultures and a complicated past. The photographs of Gianluca Pardelli, Thomas Paul Mayer, and Nikolai Vassiliev showcase the heterogeneity of this environment, broadening the common understanding of the area. 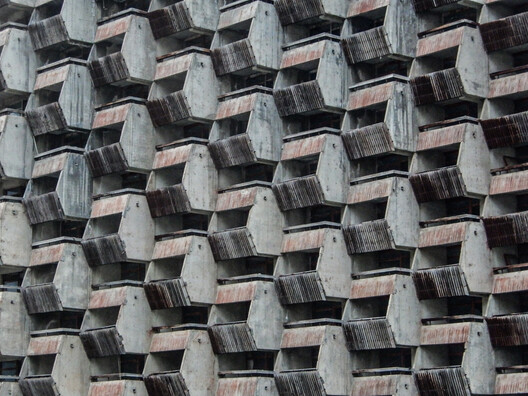