Paul Clemence has released a new series of images, showcasing the on-going construction works on Manhattan's Central Park Tower. The project is designed by Adrian Smith + Gordon Gill architecture and is set to be the tallest residential building in the world once completed. The building, as seen in the photographs, has neared completion and is set to open later this year. 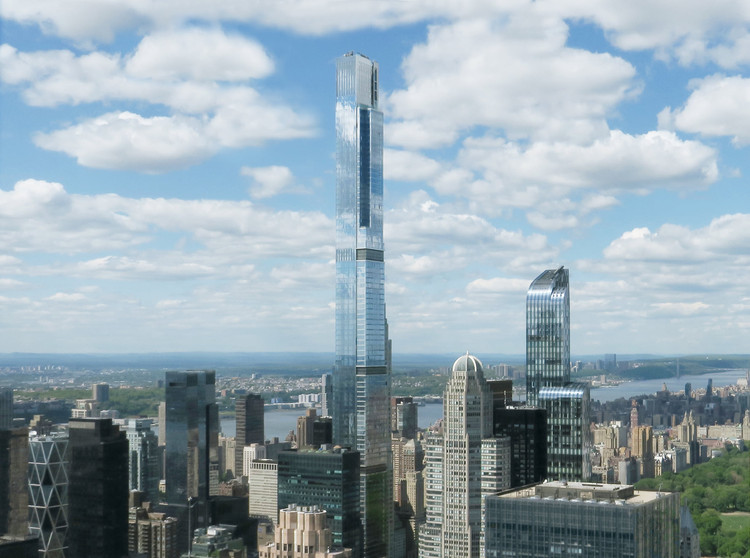 The landmark tower will stand at 1,550 feet (472 meters) along Manhattan’s 57th Street corridor, also known as “Billionaire’s Row". It features luxurious condominium residences, dynamic amenity spaces, as well as a 285,000-square-foot Nordstrom department store. The 7-story flagship Nordstrom store features a curved glazed façade, allowing natural light into the Rottet Studio-designed interior. On the 100th floor, residents will have a 15,000-square-foot terrace, indoor and outdoor pools, a playground, and a fitness center.

Once completed, Central Park Tower will sit in proximity to SHoP’s super-slender tower at 111 West 57th Street, which is also currently under construction and set to be open later this year.

Adrian Smith + Gordon Gill Architecture are notable for their monumental skyscrapers across the world. They have recently won the competition to design the Shimao Longgang Master Plan that includes a 700-meter tall skyscraper called the Shenzhen-Hong Kong International Center. The project is set to become the tallest skyscraper in China, sitting between the foothills of Longcheng Park and Dayun National Park. 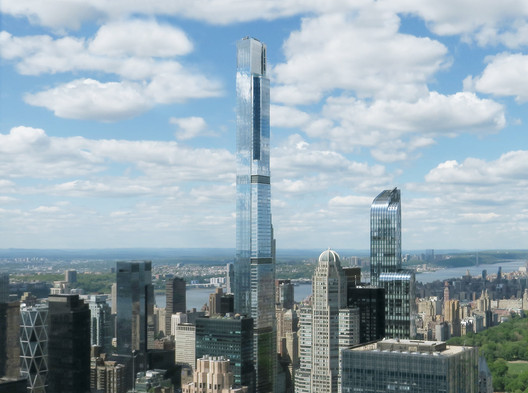