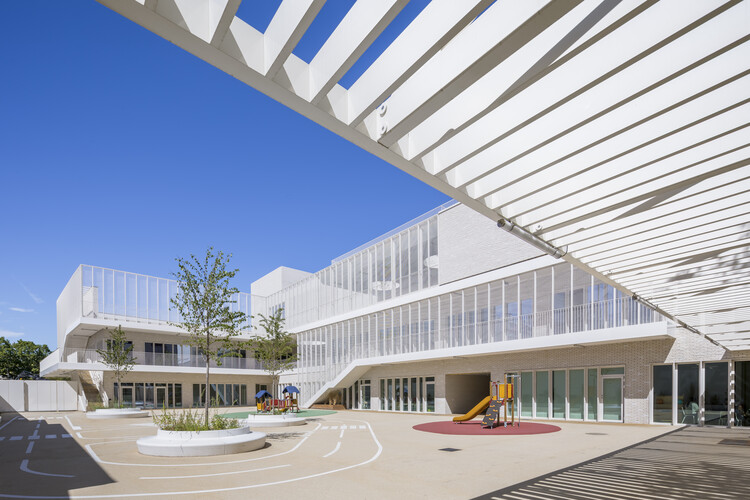 Text description provided by the architects. The Rosa Parks school is inserted into the ZAC Gratte-ciel, a vast urban renewal project offering a new identity to the town center of Villeurbanne. Standing at the entrance to the future district, the school ties it into the existing urban fabric.

The building is placed at the edge of its lot and is laid out in an L shape. Adjacent to the existing building to the east, it creates the link to the future ZAC to the west. The school’s northwest corner is treated as a signal, the pivot of interlocking programs, it establishes a relationship on a balanced scale with future buildings on neighboring lots.

The building’s height, from north to south, creates a soaring figure at the northwest angle, a stepped volume echoing skyscrapers and ensures optimum sunlight.

Street side, the building is a unitary volume, built in sculptured white brick on three levels. The brick façade extends to the level of the courtyards of the uppermost levels, integrating them in a continuous volume. A terra-cotta mashrabiya creates kinetic and playful shadows while filtering the sun from the south.

The courtyard and play area on level two extend the interplay of solids and voids into the heart of the city block. The different material qualities of the building, whether mat or varnished brick, locks, aluminum carpentry, are in a range of white tones, all varied ways to catch and reflect light, giving the appearance of a single white and evanescent volume. In addition, landscaped teaching gardens are placed on the second and fourth levels.

Beyond the role and location of a facility such as this one in this rapidly redeveloping area of Villeurbanne, the project tries to offer a choice between both a soft and contemporary architectural image, precise functionality, quality interior spaces and broad common areas, easily recognizable and sunlit, which are fully integrated with the new Gratte-Ciel district. 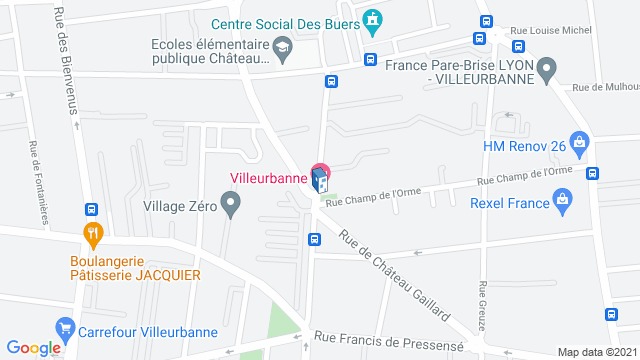 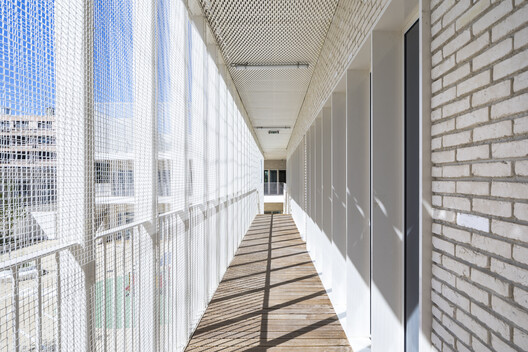 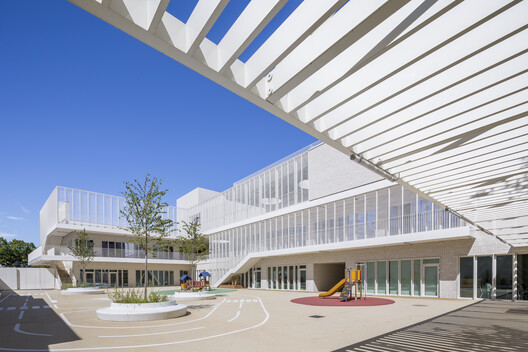