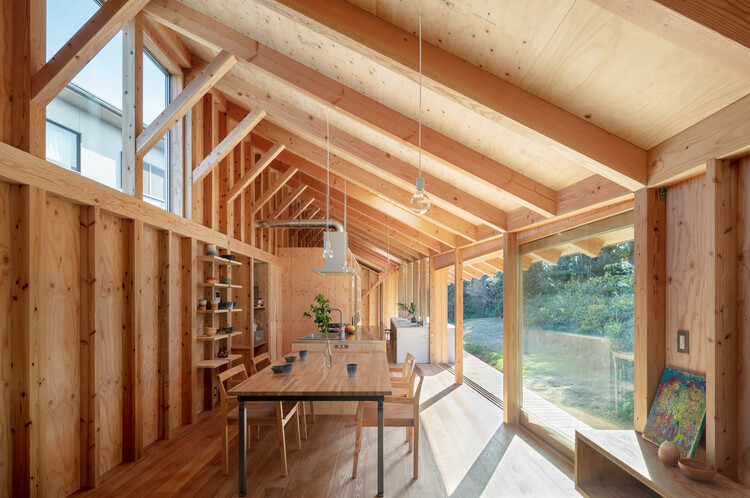 Text description provided by the architects. Give a change of distance to the environment with the eaves. There are some environments and relationships that make me think "it is better not to build anything". The site is located in a mixture of factories/warehouses and detached houses in the suburbs of Osaka.

There was a young family of 5 people living in a small one-story house with an orange tiled roof. A large garden spread out on the south side, and the relationship between the house and the garden was about 1: 8. The family lived happily shoulder to shoulder under a small roof, and there was a generous abundance outside. The plan required a new home in the open space, leaving the existing home.

The required room was arranged at an angle to the garden, and the room, the eaves, and the garden were brought close to each other so that the ratio was the same. The eaves, which are created to shape "イ" with pillars and beams, become larger as the room becomes smaller. The small packed children's room has a large deck built into the room, and the view extends to the gardens in both the east and west directions.

The site was a depression with small slopes on the south and west sides. This time, rather than making the garden with special modifications, the vegetation that grew freely on the slope was used as it was.  Even weeds cut out by the eaves and the deck, and by making it related to the inside, it was renewed to the richness unique to this site.

By changing with the eaves the distance between the inside of the pillars, beam structural materials, and plywood, and the outside of the vegetation, the relationship between life and the environment became as close as possible. Take a positive view of the original environment and take a step back about architecture. Since the structure created there as a frame will continue to be built for decades, the relationship between the inside and outside can play a complementary role. We proposed a diverse way of spending time inside, under the eaves, and outside, while preserving the richness of the existing environment as much as possible. 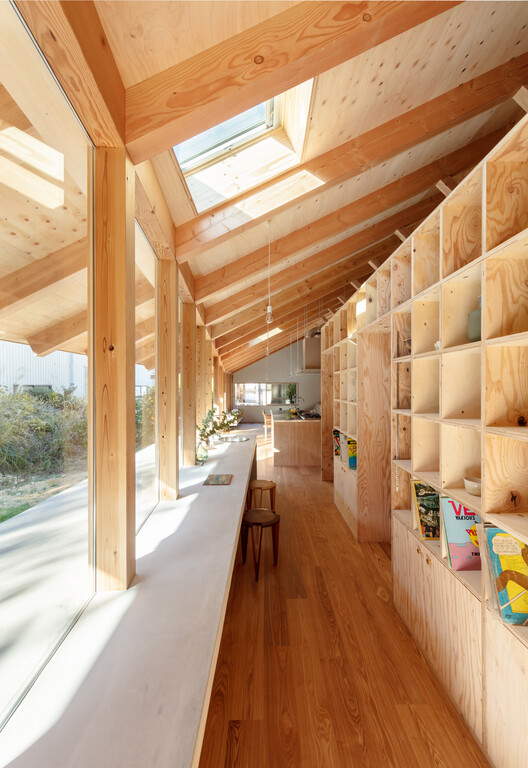 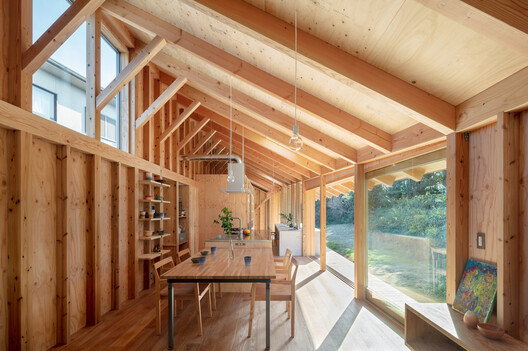