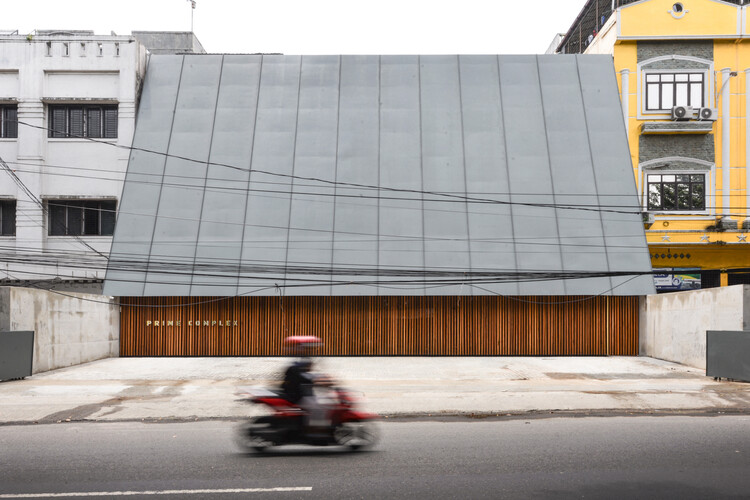 Text description provided by the architects. The goal of Prime Complex is to create a layout program of 4 shop houses into 3 separate zoning areas. It has an open plan layout by emphasizing on a symmetrical look in order to produce a much more spacious room. The existing columns are also set to merge in with the whole space so it won’t be visible as though it was a 4 shop houses formerly.

Likewise, shop houses are commonly bordered by walls in vertical grid to distinct one shop house among others. But then, the typical zoning of those shop houses is transformed to a horizontal zoning with different leveling to distinguish each area. The levels consist of : Lobby (1st Level), Café (2nd Level) and study place for students (3rd Level).

To complement the leveling, the ceilings are also designed slanted upwards following the levels. From the 4 houses, 1 house is used as closed rooms, consisting of : private meeting room, kitchen and toilet. Each room’s door is located at the center of the columns to achieve symmetrical look.

In term of interior design, we use natural material which has raw feeling to it. We limit the material into wood and concrete to dominate the space. Floor and wall have the same material, which is concrete. The floor and wall are the least dominant features of the space.

After concrete, wood comes next as ceiling feature. The most dominant is the accent of gold colour in every details of the furniture. For instance, the handle of each door is gold-finished so people will understand that this detail is the most important feature in the space. We also specifically design the furniture so it has consistent look from entrance to the end of the space. 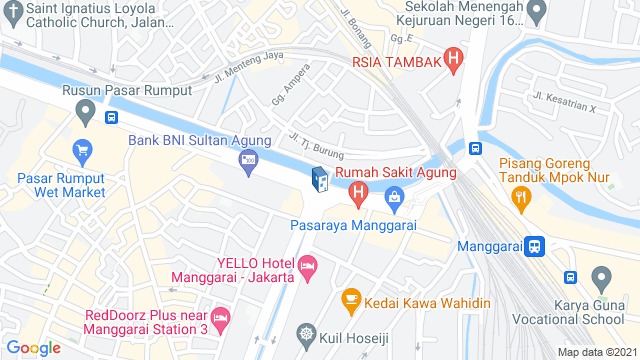 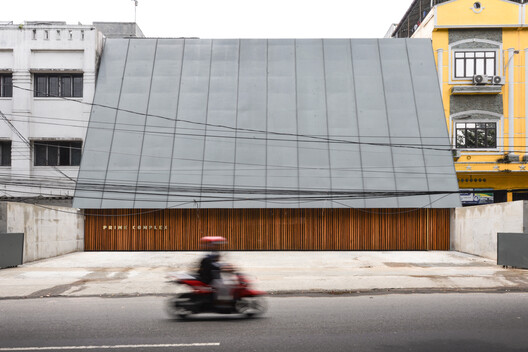