Save
Building a City from Scratch: The Story of Songdo, Korea
Share
Or
Copy

Seeking suburban sprawl away from an overcrowded Seoul, Songdo was constructed out of nothing, built on nearly 1,500 acres of land that was reclaimed from the Yellow Sea. Technically, Songdo is considered an extension of Incheon, a large international transportation hub that allows the city to be easily accessible by foreign and domestic travelers. Songdo was conceptualized in the early years of the 21st century as a completely sustainable, high-tech city, that would plan for a future without cars, without pollution, and without overcrowded spaces. It was essentially a utopia that offered everything that Seoul didn’t, and was positioned as a new global economic center, with the right talent and business that would allow it to compete with other Asian markets.

To accomplish these rather lofty goals, some of the world’s most advanced urban technologies were utilized. The streets that connect the district are lined with sensors that measure energy use and traffic flow as a means of quantifying sustainability to support its highest concentration of LEED-certified projects in the world. Songdo also features a massive seaside park outfitted with self-sustaining irrigation systems to provide ample public space. At the level of individual residents, trash tubes take garbage away to a central plant where it is automatically sorted into recyclables and waste to be burned. Even homes are operated by cellphone apps that control everything from heating and air conditioning, to artificial light levels.

Smart Cities and the Need for Performance

There’s no doubt that Songdo is revolutionary and is by far the most technologically integrated city in the world. But what it forgets in its vision for the city of the future, is that cities are designed for people, not for fancy AI features and sensors. Many critics and inhabitants alike say that living there is “cold” and “deserted”, with some going so far as to compare it to the ghost town of Chernobyl. With a population of just over 80,000, and with the first major phase of development soon coming to an end, it’s hard to tell just how successful and desirable Songdo will be.

What the designers and planners of Songdo should have done was design around the perspective and needs of a human being first with technology acting as the supplement, instead of designing for technology, with humans being just in the peripheral. It’s easy to automate many processes, and collect infinite amounts of data- but is it necessary to ensure that a city is performing? Are all aspects of urban performance quantifiable, or can it be described through less tangential measurements like the overall happiness of its residents? Songdo is proof that high-tech cities don’t always equate to high-impact communities. 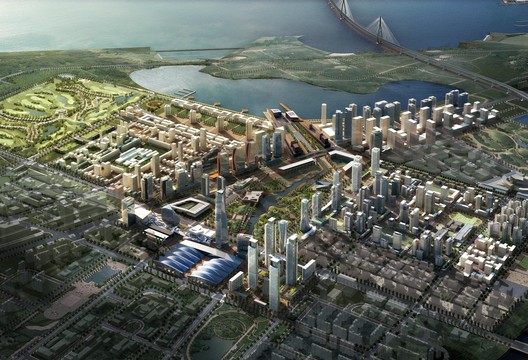