Save
The Language of Lighting: How to Read Light and Shadow in Architecture
Share
Or
Copy

Imagine if light would not only provide optimum visibility for tasks but convey meanings as well. Standards with recommended lux levels for various visual tasks have led to a quantitative understanding of lighting. However, lighting can also be used to contribute to emotion in rooms and to structure architecture. Would it be adequate to regard lighting as language sent by architects or interior designers and being received by inhabitants and citizens? Adding a semiotic perspective can help to recognize how light and shadow contributes to the meaning of the built environment.

From a semiotic point of view, we can examine light as a code and a unit of information that generates a specific identity in a space. We can even consider that we might change our behavior with a different light. When we sit in a very brightly lit room at a table in contrast to a setting where the warm glow of candles illuminates the scenery, it feels like someone has confronted us with a loud appeal versus an intimate and poetic rhetoric. The impact of light and shadow for a special identity is particularly interesting for projects which strive for a narrative component like the retail and hospitality environment. Eye-catching animations on media facades express this desire for urban design. On a small scale, we see the interest in symbolism with retro designed Edison light bulbs with LED technology.

Reading the code of architecture and light is not only useful for evaluating existing situations but also for learning at university and for the design process itself. Identifying the elements which contribute to the overall image and atmosphere represents the first step. The space with its overall form and proportion belongs to the architectural context as well as the texture layer. In addition, the layers for lighting consist of two elements as well: The light with its beam pattern and the luminaires as design objects. A critical comparison helps to grasp if the layers provide a coherent design or play with inconsistency to create a new view.

These layers are also noticeable at Dwight D. Eisenhower Memorial designed by Gehry Partners with smooth stone walls in contrast to a stainless-steel woven tapestry portraying an abstract depiction of the coast of Normandy on which American soldiers landed on D-Day. The lighting by L'Observatoire International emphasizes the layered textural quality of the weaving with grazing light to make the raised depictions glow as dominant lines. The luminaires are elegantly integrated in the ground and architecture.

The play with diffuse and directed light can be regarded as a medium to communicate either a soft atmosphere, for instance with the signs of diffuse luminous ceilings or rich in contrast mood with clear glass roofs or slots for direct sunlight. Spatial diagrams like Tadao Ando's ground plan, section and perspective for the Fondation d’Art Contemporain François Pinault in Paris illustrate how the methodology could be applied for the lighting design process.

The publications “Learning from Las Vegas: The Forgotten Symbolism of Architectural Form” (Venturi et al.1977) and “The Language of Post-Modern Architecture” (Jencks1977) have been very influential in the semiotic context. Jencks revealed how architecture can be regarded as a sign from a metaphor to a cliché. In his view, architectural elements like windows and columns can be regarded as “words” and identified as a reuse of symbolic signs linked to a specific meaning. For instance, a problem with the meaning becomes noticeable when purist transparent architecture with ribbon windows is transformed into conventional signs of homes by the residents with added shutters and more window mullions due to the perceived lack of shelter and protection.

The semiotic perspective is also valuable for lighting modifications in preservation where illuminating historic buildings faces the challenges of attractive marketing for the client with respect to preserve the original meaning. The Rookery building, designed by Daniel Burnham and John Wellborn Root, was completed in 1888 and designated a historic landmark in Chicago in 1970 as an early high-rise building with a steel frame. A central light court provided daylight for the offices. Electric lamps were available for illuminating buildings, but the architects assessed the technology as unreliable and therefore did not illuminate the building exterior. A strict preservationist attitude would not have permitted illuminating the façade, because it would have broken up the original night appearance of the building. In contrast, the use of a steel frame at that time indicated that the architects expressed a high interest in the latest available technology. Therefore, the lighting designers from the Office for Visual Interaction considered contemporary lighting tools and sensitively lit all of the window frames of the brick façade with grazing light using sophisticated LED technology. The new façade illumination is not a neutral response due to its historical back-ground, but it keeps the uniformity of the building by including all window frames while the front surface is not lit in order to provide a link with the original non-lit exterior.

Interpreting architecture and light as language has raised questions from some critics. Some writers have mixed language with style. When isolating specific elements like form and content, this could lead to a discourse focusing on the aesthetic of form rather than a semiotic discussion. In a language, specific words can replace each other in a sentence whereas others cannot. For example, a window frame within a wall could be filled with stained glass or with simple transparent glass. This would be equivalent to introducing a word from another language. Filling the window frame with a brick wall would generate architectural nonsense, but we could imagine that a deconstructive or postmodern architect could attempt to do such construction. Certain brands, for example, break the role of good visibility in their stores in order to offer customers an abnormal mysterious appearance within a dark space like Hollister in contrast the luminous spaces of Apple stores.

Nevertheless, applying semiotics directs the focus on the quality of lighting design. Considering the meaning of light and shadow within the design process leads to more sustainable solutions with an optimization beyond the widely discussed economic and performance factors like efficiency or visibility. 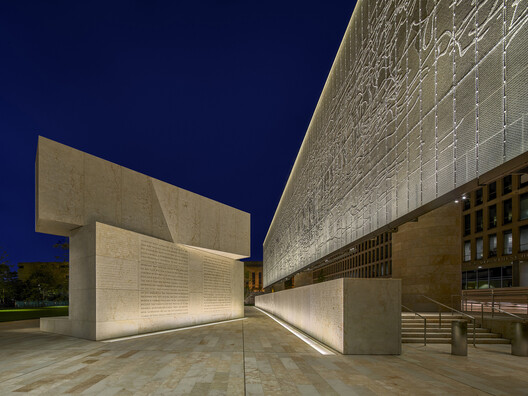