For the 17th International Architecture Exhibition of La Biennale di Venezia, Finland's Pavilion revisits a moment in local history when a refugee crisis led to new ways of building and a reconfiguration of domestic space, which ended up influencing different places around the world. Titled New Standards, the exhibition curated by Laura Berger, Philip Tidwell and Kristo Vesikansa presents the story of Puutalo Oy, an industrial enterprise specialized in prefabricated wooden buildings that set new standards for residential design in the 20th century and created Finland's most widespread architectural export. 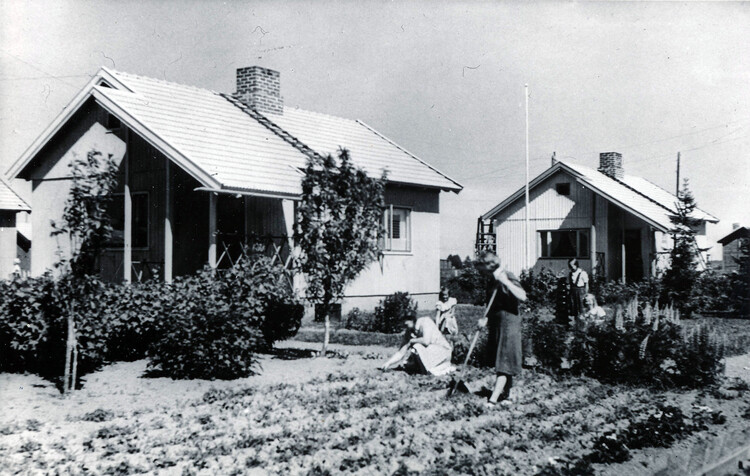 Established in 1940 as a response to the Karelian refugee crisis in which 11% of the Finnish population was displaced by war, the Puutalo Oy company soon became the largest manufacturer of prefabricated buildings in the world. The national crisis proved to be a catalyst for innovation, as architects and engineers came together to envision an economical and fast way of building that would not compromise on quality and living standards. In a country ere forests make up more than 76% of the land area, the manufacturing company made use of the country's most abundant natural resources. The Puutalo elements were created in a distributed network of factories and delivered in packages ready to be assembled.

Hashim Sarkis has asked the participants in the Biennale Architettura 2021 to consider how we will live together. Finland's experience of this standardized housing is of a low-impact, long-lasting, sustainable and well-loved solution that emerged in response to a wartime crisis and went on to define an entire era of Finnish domestic architecture. It offers the world an example of mass-produced housing that is an alternative to grand projects, demonstrating how individual identity can be celebrated in the context of standardization, as well as a validation that design can improve people's lives. - Katarina Siltavuori, Director of Archinfo Finland, and Commissioner of the Pavilion of Finland

The buildings comprising houses, schools and service buildings were developed by some of Finland's leading mid-century architects, who produced innovative structural designs and spatial configurations hidden by the unassuming, modest exterior. The flexibility of the system allowed for the designs to be adapted to a variety of climates. Soon after its inception, the company turned towards export, and by the mid-1950s, the Finnish prefabricated buildings were delivered to over 30 countries, including Germany, Poland, Israel, Columbia or the UK. The adaptability and the quality design made Puutalo houses robust enough to continue being used today.

The exhibition documents the development of the prefabricated buildings through archival drawings, photographs and advertisements, illustrating the architectural innovation they presented and the modifications they underwent in different climates and contexts. A series of photographs by Juuso Westerlund reveals how houses are inhabited today, in a variety of environments, from Finland to Columbia.