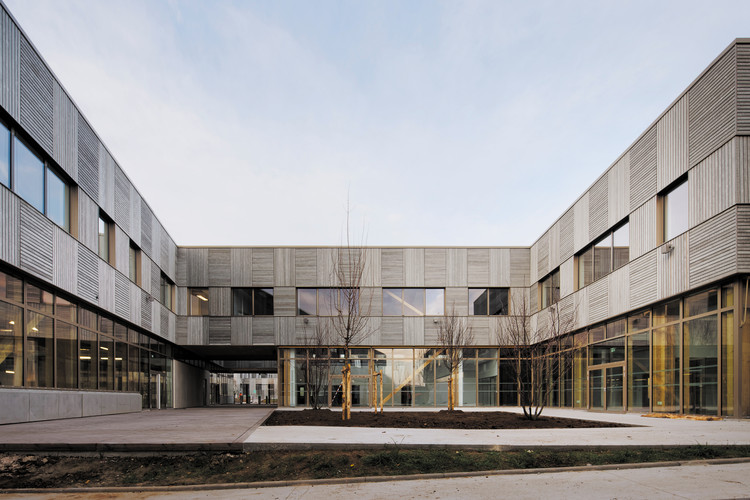 Text description provided by the architects. In Stains (Seine-Saint-Denis), near Paris, the site was exemplary of the franchised city made up of hangars and warehouses, often regarded as disparaging urban elements. The project led by WOA (Wood Oriented Architecture), with architectural and urban as well as social and societal objectives, transformed a neglected parcel of land into a dynamic living space.

From the tram station, which offers a connection with Paris, and beyond the sole parcel concerned WOA has succeeded in providing the entire site with an urban design made up of various modes of traffic and destinations in an open and readable space.

Two CAC40 French companies Engie R&D, in search of new facilities, and of Total, which wanted to create a school – L’Industreet – has allowed WOA to bring urbanity and architecture in what was a derelict area.

In order to bring elements of the city and create an urbanity, WOA relied on a principle of densification of functions, which allowed the creation of public spaces and a park, freeing up land space permitting the design of a plaza in the continuity of the station.

More specifically, the approach taken is to create a service center - parking and restaurant - accessible to the various entities of the Campus, the main two tenants occupying their own side of the park. Here, in the project’s relationship with the neighborhood, the word campus is quite appropriate as it defines more than just the parcel and the new buildings. In fact, Engie and Total decided to leave some public space open, a small plaza at the junction of all modes of mobility.

The sum of these elements perfectly integrated creates an urban environment directly connected with the tram station. 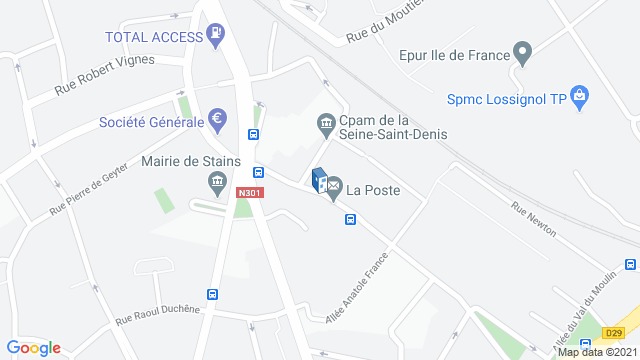 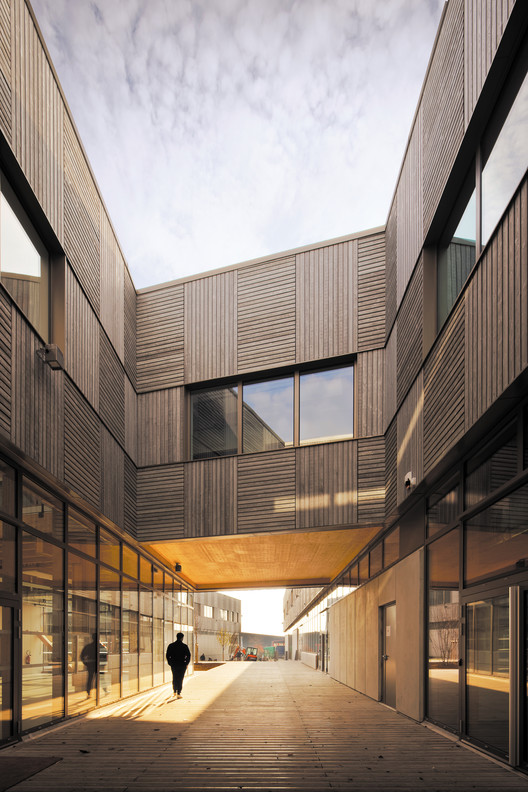