Save
Why Should Architects Understand and Care About Carbon and Life Cycle Assessment?
Share
Or
Copy

Yes, we know. We have been talking a lot about carbon. Not only here, but everywhere people seem to be discussing the greenhouse effect, carbon dioxide, fossil fuels, carbon sequestration, and several other seemingly esoteric terms that have increasingly permeated our daily lives. But why is carbon so important and why do we, as architects, architecture students, or architecture enthusiasts, have to care about something that seems so intangible?

We're going to have to go back to chemistry classes and the periodic table, and I apologize for that. Carbon is a chemical element that has the capacity to combine with others to form molecules. When a carbon atom bonds with two oxygen, it forms carbon dioxide (CO2). Carbon dioxide is a colorless and odorless gas, which in itself is not bad. It becomes harmful when the balance of chemicals in the air is lost and CO2 is released in large quantities. Through photosynthesis, plants absorb this CO2, retaining the carbon and releasing the oxygen (O2). Animals, in contrast, inhale oxygen and release carbon dioxide. About 18% of our body and 50% of plants are composed of carbon, the fourth most abundant chemical element.

For thousands of years, plants and animals were born and died, and their remains were naturally buried in the ground. Underground, they received pressure and heat, transforming them into so-called fossil fuels; eventually, they became valuable energy sources, supplying the ever-expanding needs of human beings. Oil, natural gas, and coal are examples of such fossil fuels. They are highly rich in carbon, and burning them returns the originally stored carbon into the air.

Carbon is also naturally present in the atmosphere. It is especially common in the form of the aforementioned carbon dioxide, but also as carbon monoxide, Methane (CH4), and Chlorofluorocarbons (CFC). These gases are vital for our survival, since they absorb some of the heat from the sun that is radiated by the earth's surfaces. This “greenhouse effect” is what preserves an adequate temperature for the maintenance of life on planet Earth.

With the accelerated industrialization of the last few hundreds of years, humanity has been exploring and massively using fossil fuels, releasing into the atmosphere large quantities of carbon that were previously stored underground or in plants. Currently, there is a great imbalance between what is released into the atmosphere and what is absorbed again. The main consequence of this is the accumulation of carbon, causing more heat to be absorbed in the atmosphere, contributing to an increase in the temperature of the earth and the consequent and so-feared climate change.

But, for those who wonder what this has to do with us, we architects work in one of the sectors that contributes most to the emission of greenhouse gases. Buildings generate almost 40% of annual global emissions of greenhouse gases, 11% in construction and 28% in construction operations. [1] Since current rates of urbanization project huge growth in the coming decades to accommodate growing urban populations, reducing emissions from the construction sector is critical to tackling climate change.

Each product or material has a carbon "footprint," some more than others. Wood is a good example: during the growth of a tree, significant amounts of carbon are stored in the tree, which creates a “carbon credit.” After being cut, handled, transported, and installed, a quantity of that carbon is released into the atmosphere, but it may be less than what the tree consumed during its life. To help quantify the environmental impact of each of our design decisions, there exists the concept of carbon in materials. It refers to greenhouse gas emissions associated with the fabrication, maintenance, and demolition of a structure, and is normally quantified in kilograms of carbon dioxide equivalent (kg CO2 eq).

Life Cycle Assessment (LCA) is the most accepted method for measuring the environmental impact of a product throughout its useful life, including its operation. It allows for users to calculate the environmental impacts resulting from the manufacture and transport of construction materials, their construction process, and activities related to their use, maintenance, renovations, demolition, and final disposal. Global warming is one of the most important impact categories in LCA, which also reports environmental charges throughout the useful life of the product, such as smog creation, water pollution, and waste generation.

LCA can be applied to any type of product, including buildings as a whole or its individual components. When the entire construction project is considered holistically in an LCA exercise - as opposed to LCA applied only to parts of the building - it can be referred to as the Whole Building Life Cycle Assessment (WBLCA). It allows project teams and stakeholders to better understand the full environmental impact of the building and the proportional contributions of the main assemblies and components. Assessing the embodied carbon of an entire building requires access to carbon emissions data for all materials and processes involved in a building throughout its life cycle.

Each building is unique with materials, location, etc. To develop effective comparisons between buildings, adequate info on the performance of current buildings is needed as a reference using the same scope and parameters. To create effective goals for future sustainable buildings, it is essential to have adequate information on the performance of current buildings, which can be used as a reference. In order to build a database of existing information, built-in carbon assessments need to be conducted consistently, with the same scope and parameters. In Canada, the University of British Columbia has been conducting research on the subject for years. The UBC Embodied Carbon Pilot: Study of whole building life cycle assessment processes at the University of British Columbia illuminates nine embedded carbon assessments conducted on three campus buildings. The report shows some variations according to its three chosen tools: Athena IE4B, One Click LCA, and Embodied Carbon Calculator for Construction (EC3). The research provides a better understanding of the challenges, tradeoffs, and information gaps found by project teams in the development of accurate bills of materials (lists of materials to categorize and quantify specific building materials), and the effect they have on the resulting embedded carbon impacts.

To conduct a LCA, the practitioner should first have complete control of the different materials and quantities of them in the building. A list of materials, or Bill of Materials (BoM) is essential, and several decisions and assumptions inherent to its creation contribute to the variations in the results of the LCA. Before conducting the analysis, the purpose and scope of the assessment must be determined. These initial decisions set the stage for a successful process, outlining clearly defined parameters, including the LCA goal, scope, time and data source.

For a complete evaluation in a WBLCA, usually a tool specific to the task is used, and assembly information (materials, dimensions, geometry, etc.) are obtained from a Building Information Modeling file. The objects of evaluation are the main building elements, such as the foundation (including steel reinforcement), floor construction, beams and columns, roof coverings, and the construction and lining of external walls. By launching all the information in the program, it is possible to determine which construction elements have the greatest potential for global warming [Kg CO2 eq / m²], their percentage contributions to the total emissions, and in which stage of their building's life cycle they will impact the environment the most. But it is essential that the information is inserted consistently to feed the tool in a way that can generate reliable results. The aforementioned list of materials, or BoM (estimated quantity of materials included in the scope of construction, normally excluding residues from construction by-products) must follow a method, inserting all the information required for a good analysis. The methodology developed through the Embodied Carbon Pilot is explained in the Report "UBC EMBODIED CARBON PILOT: Bill of Materials Generation Methodology", which breaks down each step.

If this analysis can be done during the design stage, it becomes much easier to choose design options taking the time to consider their impacts, and to balance what is necessary for a project with what causes the least harm to the environment. Calculating the environmental impacts of a potential product or project helps to identify opportunities for reduction of emissions and possibilities for general improvement. And in the construction industry, this function is growing increasingly urgent. 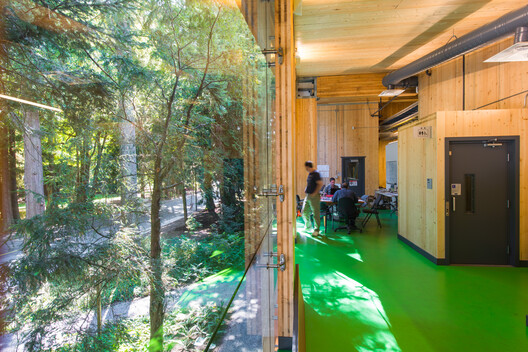