In Design and the City's fifth episode - a podcast by reSITE on how to make cities more liveable - filmmaker and visual artist Gary Hustwit was interviewed on his creative process and evolution, and what motivates him to make films that strive to make design more accessible to the general public. The interview delves into the process behind Hustwit's filmography, from documentaries such as Helvetica, which explores the use of type in urban spaces, to films such as Rams, a personal and intimate portrait of the influential German industrial designer Dieter Rams. 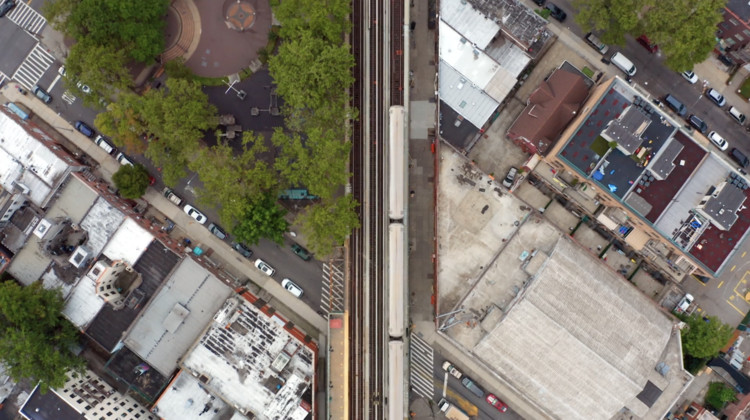 ReSITE - a global non-profit acting to improve the urban environment, launched the second installment of its Design and the City podcast earlier this year, with previous guests including figures such as Thomas Heatherwick, Julia Gamolina, and Chris Precht. Covering a wide range of inter-disciplinary topics, conversations on the podcast have ranged from issues such as surveillance and security, to how to tackle gentrification in growing cities.

In discussion with ReSITE, Gary Hustwit outlines how the pandemic and Black Lives Matter protests happening almost simultaneously has made the design industry "reassess itself" and how it has made Hustwit himself question how he can adapt his work going forward. He also notes the prevalence of systemic design problems in systems of government and explains how designers can use their skills and expertise to think of innovative solutions to the societal problems currently present.

Gary Hustwit explains the process behind a selection of his films. Urbanized, released in 2011, looks at the issues and strategies behind urban design, and Hustwit details how the feature-length documentary took shape after he attended conferences on urban design. The conferences, he noted, featured presentations with a large amount of text, making for presentations not accessible to the general public. Hustwit then goes on to explain the importance of translating information visually for a bigger audience and highlights the importance of knowledge sharing across cities. He mentions how displaying design ideas in cinematic form makes for better audience engagement, and how the general public is interested in who shapes their cities - but oftentimes they lack the accessibility to spaces that are having conversations about urban design. Hustwit also talks about his latest documentary - The Map - which follows the redesign of New York City's iconic subway map, one that updates in real-time.

NewsArchitecture NewsFilmreSITEInterviewsPodcastArchitectureGary Hustwit
Cite: Matthew Maganga. "Filmmaker Gary Hustwit on Why Design Is for Everyone in Design and the City Podcast " 10 Apr 2021. ArchDaily. Accessed . <https://www.archdaily.com/959533/filmmaker-gary-hustwit-on-why-design-is-for-everyone-in-design-and-the-city-podcast> ISSN 0719-8884
Save