Save
In Transit: Large-Scale Road Infrastructures Seen from Above
Share
Or
Copy

We live in a tangled web of flows – of capital, information, technology, images, structures, in constant momentum dominating all aspects of our lives. The large-scale road infrastructures shown here are products of this powerful desire for movement, which for many years was also synonymous with development, as portrayed by the famous Goethean character Faust in his endless quest for a (false) sense of progress.

From these tangles of concrete and steel, at multiple levels and in different directions, emerges a geometrically organized chaos that tears the urban fabrics in a relentless effort to prioritize the flows with the fewest obstacles and the highest capacity possible. 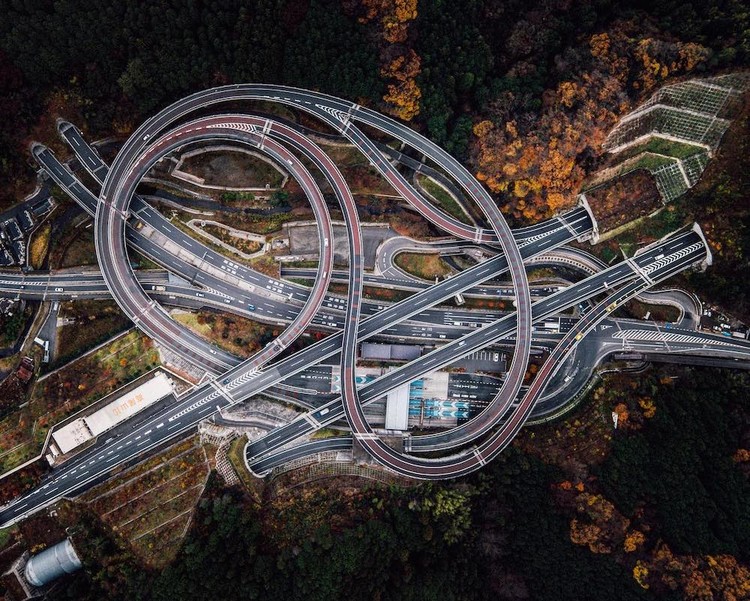 Since the dissemination of automobiles as mass-market goods in the early twentieth century, the infrastructures that came along with them have revolutionized the way we move, creating a new scale within the city, and a new perception of the landscape in constant motion.

Although they are primarily engineering elements designed with a strictly speculative and economy-oriented approach, today they are no longer a symbol of urban growth and development, leading to reflections on their relationship with sustainability.

They are intertwined structures that, although fascinating in scale and proportion, are separated from their urban contexts, fragments in the built environment. This condition consolidates the stereotype of the generic city.

Within this process of standardization, we can find long and wide freeways forming concentric rings on the outskirts of big cities and huge road infrastructures, always lured by the power of movement, as seen in these pictures taken from above. 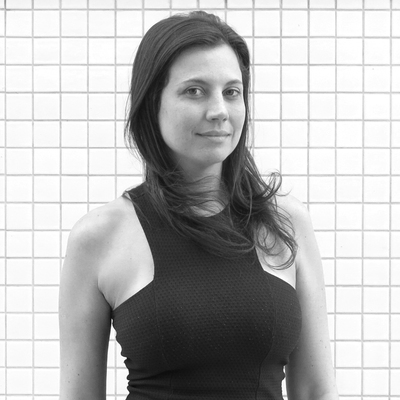 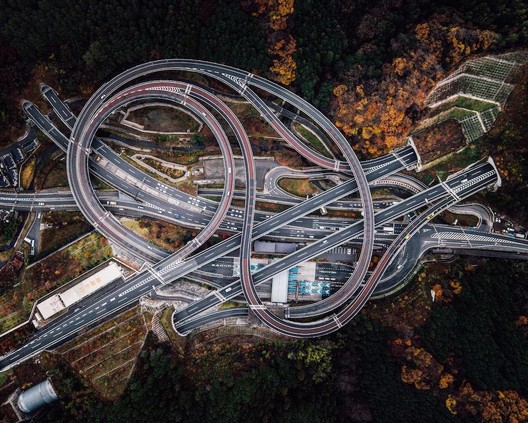