Save
Zero Kilometer Materials: Preserving the Environment and Local Cultures
Share
Or
Copy

Along with concerns about our environment, new movements, words, concepts, and terms related to these issues constantly emerge, which require us to always remain up to date. The word sustainability itself faced some resistance until it was incorporated into common vocabulary and used widely in the most diverse contexts. Currently, much discussion surrounds the terms circular economy, resilience, the 4 Rs, urban mining, and others. In addition, there are some sustainability-related movements that have been incorporated from activism in other fields, showing the fluidity of such issues. One such initiative is the 0 kilometer materials movement, which has been featured in manifestos and some projects, albeit timidly, in recent times.

The term km 0, or 0 km, was derived from the Slow Food movement. As a clear counterpoint to fast food chains, the idea of the movement is to promote the consumption of local ingredients, reducing the distance between producers and consumers. With this mission, it seeks to reduce damage to the environment caused by monoculture and the emissions of carbon dioxide / consumption of fossil fuels caused by the transportation of these products. In addition, Slow Food seeks to encourage the production and consumption of local and seasonal ingredients, maintaining regional customs and fostering a greater connection to and appreciation of the food.

Zero km materials take a very similar approach. These are materials that can be purchased locally, that do not need to be transformed, and, at the end of their useful life, that can be returned to the environment. In other words, the movement encourages the use of local products and, preferably, those that have not undergone major stages of industrial processing. The 0 km architecture approach primarily aims to provide more sustainable, healthy, economical, and socially accessible buildings that are strongly linked to the identity of their site.

For example, at Casa Ter in Spain, the walls are made of 0 km materials: they utilize a mixture of concrete and stones from a nearby river alongside ceramics, a material with a long cultural tradition in the neighboring La Bisbal, where the production of this material constitutes one of the area's main economic activities.

Brick was also the predominant material used in a project by Pietro Carlo Pellegrini Architetto. The office pursued an energy recovery approach, searching for materials found within "0 km." The brick was chosen as a strong reminder of old brick ovens and was not only used as masonry, but as Brise soleil, attesting to its versatility, its contemporary use and, therefore, its beauty.

The 21st Century Vernacular House, from the office with the evocative name of Edra arquitectura km0, is inspired by old local clay constructions, especially their orientation, morphology, and use of local materials. The technique used for the project is tapioca calicostrada, a traditional ancient technique based on the construction of structural walls using unmanufactured earth, with additions of straw for greater thermal comfort. "A life cycle analysis has shown a 50% reduction of CO2 emissions. Local materials like stone, earth, and straw represent 80% of the weight of the building. Hydraulic lime, roof tiles, wood, and sheep's wool have also been used, obtained from an area within a 150 km radius. The house includes passive solar strategies as windows specially designed for an efficient use of natural light, thermo-insulating blinds, cistern for reutilization of rain water, thermal accumulator clay plastering, biomass heating boiler, etc."

The 0 km concept is also used in the fields of design and fashion. As described in the Manifesto on Architecture and Philosophy of Kilometer Zero, by Fernando Menis and Dulce Xerach, "It is a commitment to the raw truth of the materials that make up each concept of an architectural project, a commitment to research the benefits of culture for a better future; it is a response to the problems of architecture and society that stands before life, prevalent in the doubts of any time of crisis. "

Although there are different terms and movements constantly emerging, they often overlap in their causes, and a common theme is to seek to balance our highly connected and globalized world with one that manages to maintain its quality of life for future generations, especially with regard to biodiversity, identity, and preserved local cultures. "Act locally, think globally." 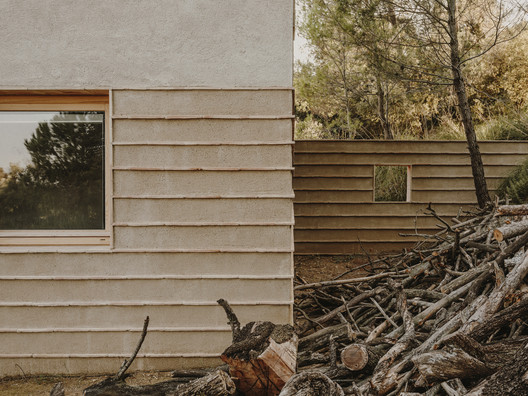