Save
What is Architecture? Notions from Odile Decq, Snøhetta, Pita & Bloom and Jeffrey Kipnis
Share
Or
Copy

ArchDaily has collaborated with WIA to release every week, 4 of these conversations, and to invite you to take on the challenge and answer these questions. This second article of the series highlights the ideas and visions of Odile Decq from Studio Decq, Kjetil Thorsen from Snøhetta, Florencia Pita & Jackilin Hah Bloom from Pita & Bloom, an architectural design collaborative based in Los Angeles, and Jeffrey Kipnis, an American architectural critic and theorist.

Check the second selection, watch the interviews and answer the 4 "simple" questions below. The most compelling responses will be published in a special editorial, at the end of the series of video-articles for "What is Architecture?"

“It’s a discipline which helps people to live.”

“Architecture makes people aware of themselves in the world.”

“Architecture is the design of things. It’s not confined to buildings or projects.” 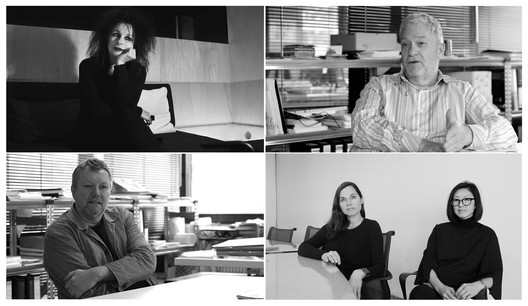