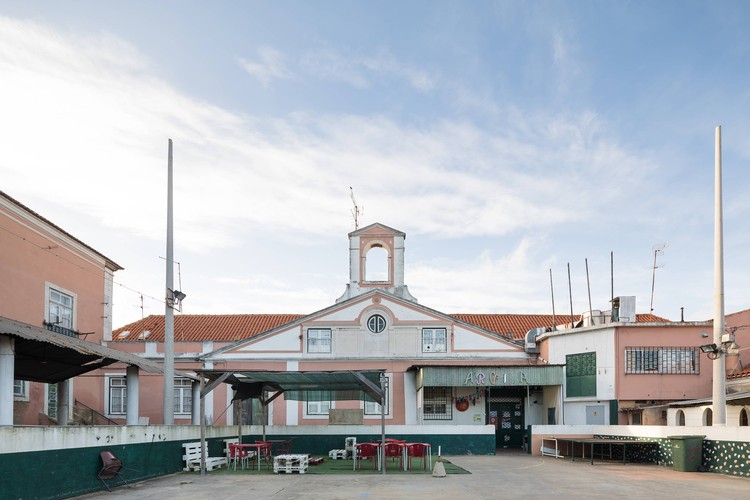 Text description provided by the architects. The Marquês de Abrantes Palace, wedged between two railway lines, on Rua de Marvila, is a public building that served since the XX Century as popular housing and, nowadays, serves as headquarters of one of the city's oldest collectivities - Musical Society 3 d'Agosto de 1885. It has been in an expectant territory for several years: while it has the so-called social neighbourhoods to the North, to the South it finds the river and its speculative and gentrifying real estate projects. The project is linked to this dual reality, trying to ensure that through a process of collective questioning and decision-making, we can go against the logic of eviction of the working class allowing, on the contrary, their fixation.

The project proposes that through the installation of a local technical office of architecture, new uses can be designed in order to make culture, recreation and housing compatible. We believe that an architectural project of this nature begins with a blank sheet of paper, where the drawing appears through the participation of local actors - residents, collectivities, partner institutions. Being a public building, municipal property, the project has counted on public financing, especially through the BIP/ZIP program. The first occupation we made of a wing of the Palace was in 2017 inaugurating, simultaneously, an exhibition where 5 artists reflected on the territory and its memory, and the installation of the local technical office of architecture. For 1 month, meetings were held allowing us to start designing its future use, always as public property.

After the closing of the exhibition/local office in 2017 and 2020 the building was empty again. After a long battle we returned, in 2020, despite the pandemic, to open the local technical office following some of the same assumptions of 2017 - questioning and deciding collectively its future role in the city by congregating its cultural character with, again, housing. With the question: how to think the city from a building? Since this was a temporary intervention, the goal was to ensure that the existing structure was not damaged, not putting at risk the archaeological study of its past. The demolitions only affected constructions with no architectural value, or those that did not present security conditions. As for the new constructions, they make a clear distinction between what is existing and what is new - evident in the choice of reversible constructive solutions and use of contrasting materials. 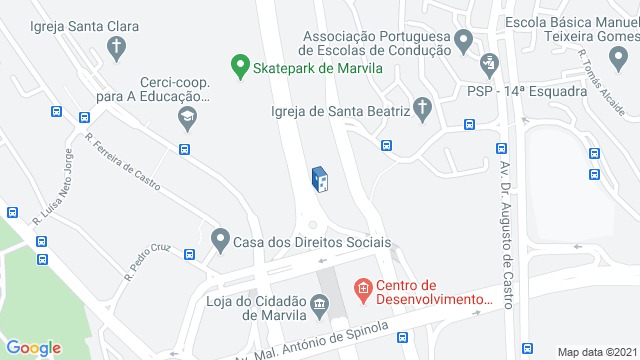 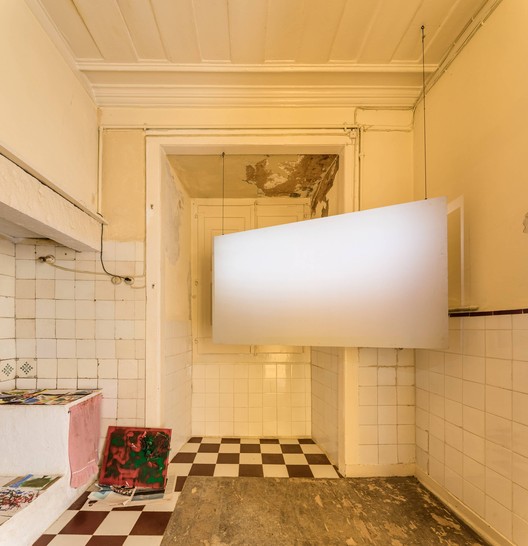 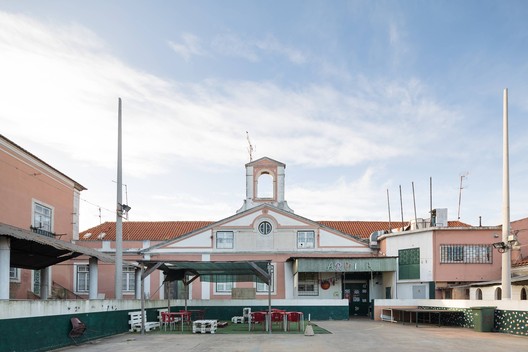