That system of designing and building, reporting and narrating, critiquing and evaluating continues to be dismantled to nonexistence. Long a novelty for national architectural publications, Chicago kept the craft of writing about buildings alive through its local journalists, critics, and publications. Inland Architect, based in Chicago, covered every significant architecture project, regional plan, and development for over a century, extensively covering midcentury Modernism and Postmodernism in its later years. Despite the efforts of many architects and architecture-adjacent advocates to save Inland Architect, the magazine paused publication indefinitely in 1993.

The 2010s saw the rise and success of Curbed Chicago, an offshoot of the national outlet. The fast pace of the times matched the pace of Curbed Chicago, with the publication covering not only the newest buildings to hit the skyline but also what was being built on your block. Helmed by a dedicated, architecture-obsessed succession of young editors, Curbed Chicago played a vital role in providing an outlet for many critics and journalists who never would have been published in the Sun-Times or Tribune. You’d pitch, and Curbed Chicago would bite.

This process broadened and diversified the craft of architecture writing in Chicago and encouraged up-and-coming journalists to keep writing. A 2019 merger between Curbed’s publisher, Vox Media, and New York Media, the publisher of New York Magazine, preceded furloughs at Curbed outlets nationwide, and in May of 2020, the dozen or so local Curbed sites went dark. “We’ve closed up shop for the time being” reads a headline of Curbed Chicago’s greatest hits. The Architect’s Newspaper could also be considered a malefactor in dismantling the timeworn relationship between architecture and journalism in Chicago, as it cut its Midwest editor position in 2018.

Then this month, after 33 years at the Chicago Tribune, Pulitzer Prize-winning architecture critic Blair Kamin announced that he was leaving the newspaper as its hedge fund principal owner continued to gut the self-styled World’s Greatest Newspaper. While Kamin skillfully lobbied for the job of his mentor Paul Gapp at the Tribune after Gapp’s death, the likelihood of the Tribune listening to calls to continue that legacy is slim. The strategy laid out by the hedge fund seems clear: Milk the paper dry for cash until there is nothing left. Kamin’s exit leaves Chicago without a full-time architecture critic—let alone a dedicated local architecture publication—for the first time since the 1970s.

The days of Paul Gapp taking lunch with other Pulitzer winners beneath the Quadrangle Club’s timber ceilings were long gone by the time Kamin announced his departure but so were traditional newsrooms and architecture in print, replaced with home offices, Zoom calls, and Twitter takedowns.

This dismantling is a catastrophic one for Chicago architecture and a defining moment in its history. Critics and journalists wrote about the icons of the modern skyline, like the Hancock Center and the Sears Tower, or historic treasures like the Wrigley Building, Marina City, or the Frederick C. Robie House, or the impacts of The 78 and Lincoln Yards.

Now we are left without a dedicated Chicagoan with a platform to inform the city on our ever-changing built environment. Without a place for criticism and journalism or positions of influence from which to write them, architecture loses a link between itself and the end-user. Developers and city departments lose systems of accountability between intent and impact, planning and construction. We have so many stories to be written. Who will write them? Where will they be filed?

What might happen to the architecture beat in Chicago moving forward? Block Club Chicago, which continues to grow, could enhance its microlocal coverage and influence by adding a position that focuses exclusively on the built environment.

Publications like Chicago Reader, Chicago Magazine, and The TRiiBE could dedicate more of their coverage to filling the ever-widening gap. Inland Architect, which has been in the same dormant state since the 1990s, could be revived, reactivating its hundred-year-plus legacy not just as a folly in nostalgia but as a point of reference.

A brand new publication (or publications) could launch, and the work of smaller independent publications like MAS Context, Forty-Five, and Soiled Magazine could be amplified.

These actions take funding and a significant amount of labor… but they are possible. This is Chicago, after all. Chicago has always been optimistic.

Yet the most important aspect of continuing Chicago’s legacy as a place of architectural action and thought is not one dedicated critic or one outlet, but many critics, writing for many outlets. These critics live a life across 77 Chicago neighborhoods and approach the work with curiosity and interest. They take the CTA. They bike. They ponder historic preservation in vernacular buildings. They read Gwendolyn Brooks, Shel Silverstein, and Studs Terkel. They marvel at a picture taken by Lee Bey or contemplate a building designed by Jeanne Gang. Their knowledge reaches far beyond the content of a press release or a hot take on Twitter.

The consideration shouldn’t be which singular voice will replace Blair Kamin as the colossus of Chicago architectural criticism. Can we ever return to having opportunities to read a variety of perspectives on architecture on any given day of the week? This would mean that when the 2021 edition of the Chicago Architecture Biennial opens, there isn’t just one critique of how the Biennial addresses its concepts. There should be a plurality of voices, diversity of thought.

When the James R. Thompson Center is added to the National Register of Historic Places, there would be pieces that discuss its relationship between citizenship and capitalism, as well as its significance as the only postmodern landmark in Chicago.

When the Obama Presidential Center is complete, the project would be critiqued for its design but also contextualized by a critic who lives in the neighborhood.

When INVEST South/West hits all of its intended targets, we can read about the success or failure of each and every one.

Architecture isn’t always a legible practice; it needs to be heard in order to be understood. In order for Chicago to continue making history with its architecture, it needs not one, but many people to hold up a mirror to the skyline and show the city what it is.

This article was originally published on The Architect's Newspaper 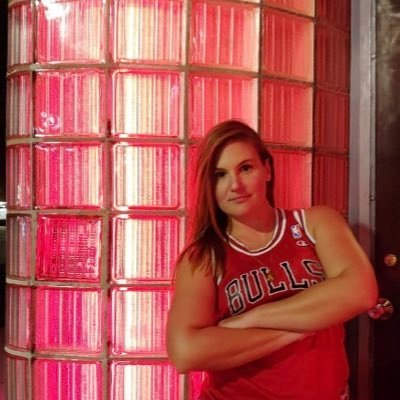 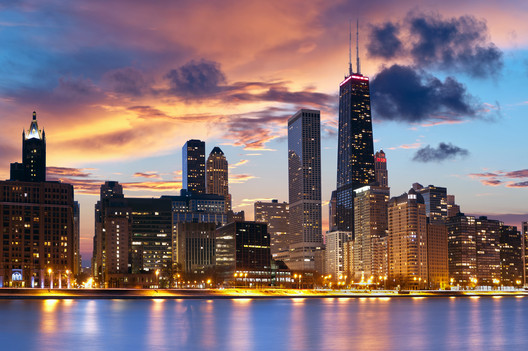