Text description provided by the architects. The Le Monde group’s head offices are now to be found on the inhabited bridge in the Rive Gauche district giving onto the river Seine and the Austerlitz main line station and lies at the head of Avenue Pierre-Mendès-France. The building initiates the sequence of office buildings giving onto the south side of the main avenue. It takes the form of a parallelepiped from which a number of spherical or conical volumes have been excavated and now lend their forms to the facades as well as to an arch with an 80 metre span overhanging an esplanade accessible to the public. The project draws its force from this singular context and is defined by two highly differentiated axial relations. This audacious project creates new limits that mark a public space within a highly urban environment.

This iconic metal framework structure built on a slab above the Austerlitz main line station tracks is now home to the 1,600 people working in the Le Monde group’s edi- torial teams within a building providing a surface covering nearly 23,000 m2.

Entirely clad in a glass skin providing different levels of transparency, the building spans a space open to the public. Known as the “Media Plaza”, the space lies below a concrete arch and is brought to life by an interplay of lighting offering the city an environment and a viewpoint that is quite unique. 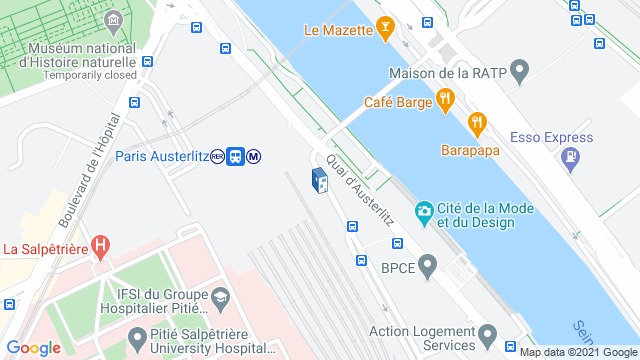