Save
The Queen City: Museums and the Arts in Toronto
Share
Or
Copy

As Canada’s most populous location, Toronto has developed into a global powerhouse, both as an economic and cultural hub. This extends to the significant museums and arts facilities across the Queen City. With one of the most unique landscapes and ground conditions across the country, Toronto was built on a large ravine system running throughout its urban fabric. Today, the city’s educational, arts, and cultural buildings are thriving. 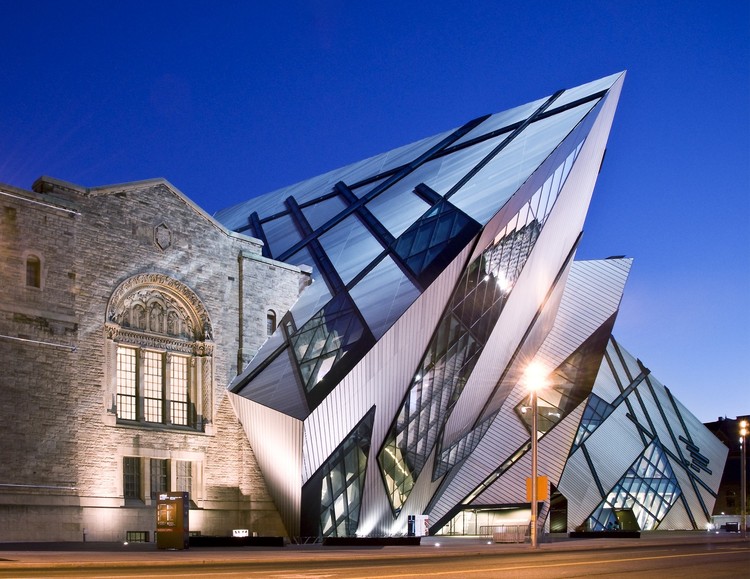 Reinterpreting modern building practices, the projects embrace distinct programs within their unique streetscapes and fabrics. Together, they begin to showcase the dynamic architecture of art in Toronto.

As the urban base for Toronto’s diverse Rexdale neighbourhood, Albion is one of the city’s busiest public libraries. A responsive design approach by Perkins&Will delivers a tailored solution for a unique community in need of a reimagined social epicenter. Building on information gathered during a series of consultation and a community-driven narrative, Perkins&Will dramatically shifted the library’s original proposal to close down and renovate the existing building by building the library in the adjacent parking lot for the same budget.

The Young Centre for the Performing Arts (YCPA) is the result of a unique partnership between George Brown College and Soulpepper Theatre Company. Since opening in January 2006, the Young Centre has significantly anchored the Distillery District as a cultural destination. The project introduces a new paradigm that combines teaching and live performance in one facility.

Fort York, considered the birthplace of Toronto, is a National Historic Site. It represents the single most important visual and contextual cultural heritage link to British military and social history remaining in the City of Toronto. In 2009 Patkau Architects, together with Kearns Mancini Architects, won the international design competition to design a new Visitor Centre on the 18 hectare historic site to commemorate the bicentennial of the War of 1812.

The new Native Child and Family Services of Toronto (NCFST) consolidates social and culture-based services for aboriginal children and families within a 30,000 square foot office building in the heart of downtown Toronto. The challenge for this project was to create a place that would reconnect urban aboriginals with nature in the heart of the city and project a bold visual presence for the First Nations community.

The firm architectsAlliance transformed the Tower Automotive Building, a heritage-designated warehouse in Toronto’s Lower Junction Triangle, into a new multi-story cultural hub anchored by the Museum of Contemporary Art (MOCA), Canada’s newest public gallery dedicated to international contemporary art. As a new creative engine in the heart of Toronto’s old manufacturing district, MOCA stands at the conjunction of art and culture, performance and community-building.

The Toronto Public Library system is the largest in North America and one of the most used per capita in the world. The new Fort York Branch has become an important community center in a highly diverse, rapidly evolving neighborhood in downtown Toronto. The angular trapezoidal geometry of the pavilion building references the ramparts of the fort, and the extensive use of wood in the interior of the building recalls the old wooden cribbing found buried on site during the archaeological survey.

The Bloor/Gladstone Branch library project is a renovation and addition to a listed heritage library in downtown Toronto. The architects were commissioned to design for an additional 12,000 sqf, bringing the collection and facilities to a level consistent with that of a Toronto District Library. The final design includes major renovations to the existing building as well as the construction of an addition.

The Pan American Games are the world's third largest international multi-sport Games - surpassed in size only by the Summer Olympics and the Asian Games. Toronto, Ontario was the host city for the 2015 Games which ran from 10th July – 16th August. In partnership with the Ontario Tourism Marketing Partnership Corporation (OTMPC), the Government of Ontario commissioned the construction of a Celebration Zone to highlight Ontario’s incredible diversity, culture and heritage during the Games.

The extension to the Royal Ontario Museum (ROM), now named the Michael Lee-Chin Crystal, is situated at one of the most prominent intersections in downtown Toronto. It is the largest Museum in Canada and attracts more than a million visitors a year. Its new name is derived from the building’s five intersecting metal-clad volumes, which are reminiscent of crystals—inspired by the crystalline forms in the ROM’s mineralogy galleries. 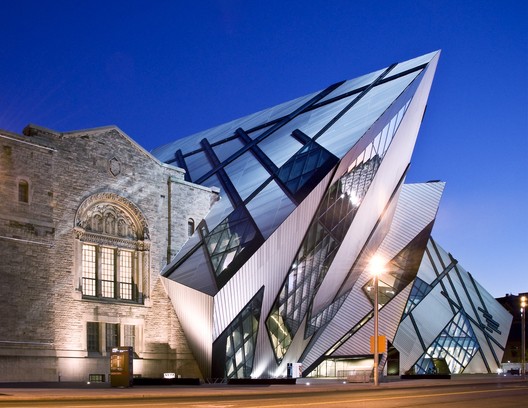