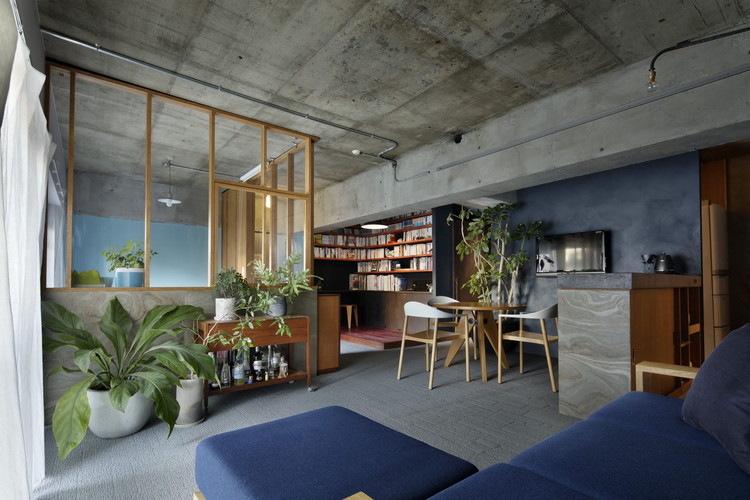 Text description provided by the architects. The role of a residence is to absorb and accept the different emotions and relationships that the family emits. Following this concept, a residence will function better if the “Yin” dominates. “Yin” in Japanese written as shadow, will simply exist without standing out but just watch over the family and this became the core concept in the design.

An apartment room, 43 years old was renovated into a warm, cozy and at the same time  a stylish and modern environment. Entering the house the black wall and the old concrete ceiling will be exposed with a soft light entering from a window and a carpet flooring leading the way into the house. The unique moment about this house from the moment of entry is the fact that it does not use the typical white wall and the wooden flooring that is furnished in Japan, but absorbing the light emphasizing on the “Yin” concept.

“Back when I used to visit my grandfather's place, there was a dim space which left a strong impression on me. In a Japanese traditional house there never exists a homogeneous brightness but where there is light, there was always shadow. Therefore the lightings are installed respecting the materials enwrapping the room, bringing warmth to the space where people gather.”

By simplifying the bedroom and the children’s room the communal spaces are designed to be spacious and large keeping all the unnecessary things in the backyard allowing the furniture to enhance the raw finishing depicting the atmosphere. The walls are covered with a textured black coating, diffusing the natural light that enters from the exterior reproducing how light exists in a traditional Japanese house. The apartment structure did not have a tall ceiling which is why the ceiling is exposing its raw material with the large beams and is harmonized into a cozy atmosphere by introducing wood, stones, aluminum, metal and plaster.

In the corner of the living room there lies the children’s room enclosed by glass, obtaining the openness in the space. The glass acts as the intermediator from the parents since it can bring complete privacy by pulling down the curtains or a shared space by opening it up. The idea is to keep the architecture flexible so it can adapt to the people's emotions and moods accordingly. Another feature that projects the soft impression is the slightly lightened dark wall used for the interior partitions. Instead of having a jet black wall trespassing the room it is almost a shadow like color between black and dark blue and the structures were repainted to a lighter grey.

Furthermore the office uses a different carpet generating a hierarchy in the space with no physical boundary, where the kitchen does this by introducing a unique wooden furniture. Yin house is a house with few physical partitions but still has a different hierarchy by controlling the natural and the installed light creating different tones in the space. 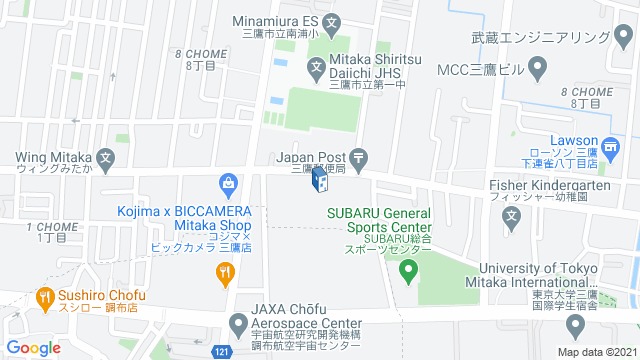 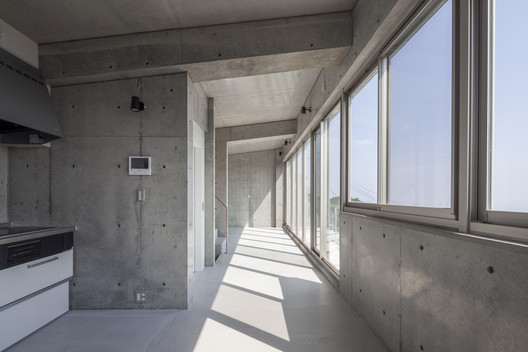 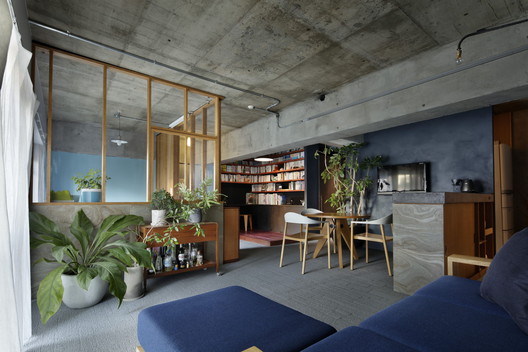