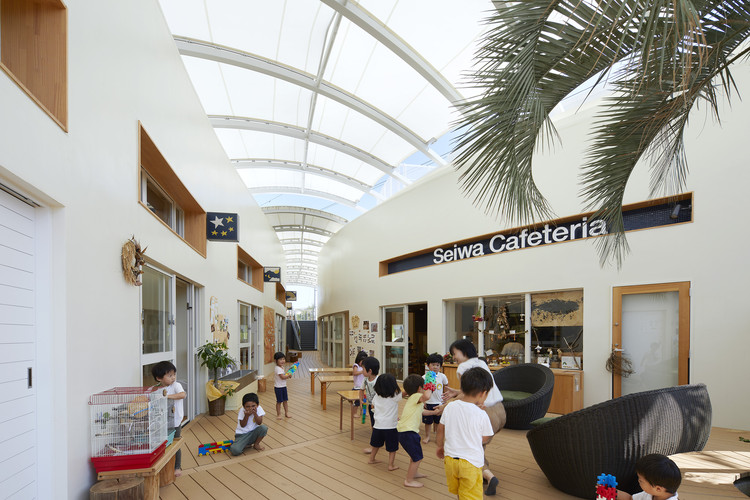 Fortunately, the premises of the kindergarten was at southwest end of the apartment complex with good access to major streets outside the complex. Therefore we reversed the position of former kindergarten building and garden with the new ones; a new building is built by the major streets where former garden was, and a new garden is built close to the apartment complex where former building was.

There were two conditions in this project; one of which is to provide direct access to the garden from all the nursing rooms for ease of operation and security. Nursing rooms and staff room are allocated on the first floor of horizontally long and gently curving building (unit A) which has patio doors to the deck facing garden at the back of premises. The exterior wall was curved to create longest possible surface facing the garden (meaning widest opening for each nursing room) and also to avoid flat impression of exterior and interior of fifty-meter long building. Playroom/ multi-purpose room and kitchen are in unit B which is facing major street and large guest parking space for bus, as this building is supposed to be used for events targeting future kindergarteners and local community.

Another condition which was defined by the subsidy is that the gross floor area of unit A and B must equal the old kindergarten building. However, floor area of fifty year-old kindergarten would be clearly insufficient under the current nursing condition. Therefore terrace was built between unit A and B with membrane roof called “arcade” letting in sunshine over it. Under the arcade is semi exterior space where it can be used as part of cafeteria, nursing room, entrance hall and corridor. The entirety of unit A, B and arcade adds up to approximately 1.2 times floor area of the former kindergarten building.

When old kindergarten building was dismantled and new garden was planned, old existing trees were preserved as much as possible. What were once nursery trees about fifty years ago have grown to be symbol trees and loved by everyone. Reproducing of natural environment which contributes to rich daily activities of children, rather than a plain field for the sake of annual sports festival, became basic concept of the garden planning. Under this concept, miniature hills and a well were built and more than 350 trees of various kinds were planted in a hope that they will grow as large as the existing ones to form a forest.

When the concern arouse for delicate nursery trees, there was a possibility of blocking them by rope fence from children. However the head director of Seiwa suggested that they help children learn how to take care of nursery trees and participate with water cans, the very approach which represents the kindergarten’s philosophy of child nursing and community activity. Let children participate rather than isolate from the concerns.

This is the philosophy which is presented by open arcade bridging unit A and B, and we hoped that new relations to grow with trees in kindergarten garden toward future of long-lasting Seiwa Kindergarten. 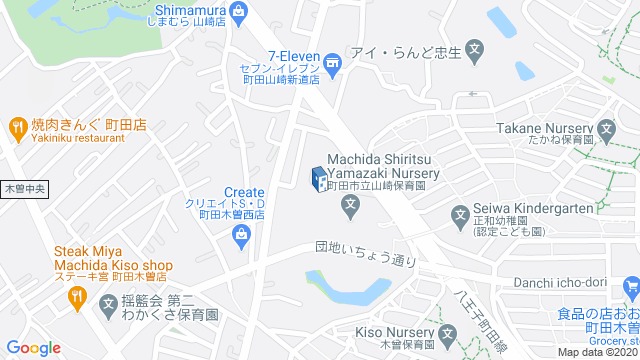 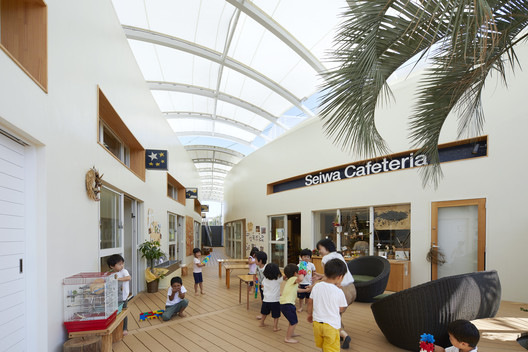