Save
146 Residences in Aarhus / CEBRA 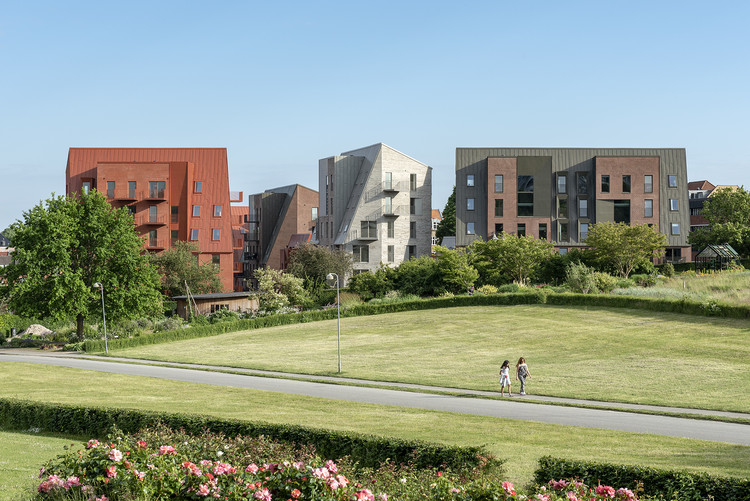 Text description provided by the architects. A tribute to a historic quarter. For the first time since the Øgade quarter in Aarhus was established around year 1900, the area is now extended with an entirely new street. This quarter has always been among the city’s most attractive neighbourhoods due to its cosy streets, varying residential architecture and intimate courtyards.

“Basically, we have designed a street that pays tribute to the history by combining all the best from the area in the form of a cobbled streetscape with trees, sidewalks and inviting front yards in a new and contemporary way. Moreover, we have designed a street with its own identity”, explains founding partner at CEBRA Mikkel Frost. The new street, Æbeløgade, is designed as a community-focused “shared space”, where residents, children playing, passers-by and road users contribute to creating a vivid neighbourhood with room for common activities and play.

Together, they form a varied yet distinguishable expression that reduces the building scale and contributes to a welcoming atmosphere. In addition, the traditional brick building is reinterpreted into monochrome houses in three colours: a warm red, a light grey and a beautiful brown. A composition where all design elements, from the bricks, the joints, through to the mailbox and the downpipes follow the same colour scheme underlining a modern housing typology – a street with its own personality.

A green neighbour. The street forms a vibrant artery through the new neighbourhood that in combination with a crossing system of paths opens towards the city by creating visual and physical connections to the botanical garden. The garden’s green and blue elements continue throughout Æbeløen and “colour” both the buildings and the outdoor areas. A sustainable urban drainage system utilizes rainwater as a visible, recreational element that is combined with minimum upkeep areas, where vegetation can grow wild and new species appear naturally, thereby supporting a rich variety of flora and fauna. 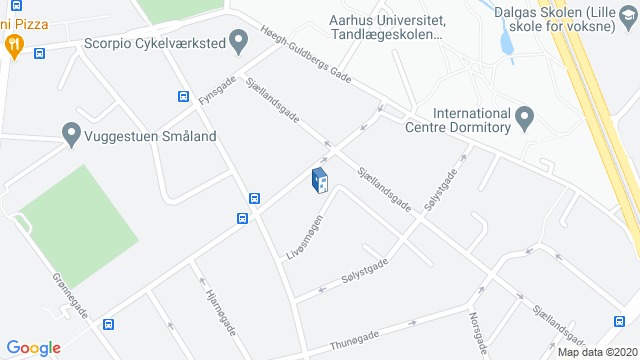 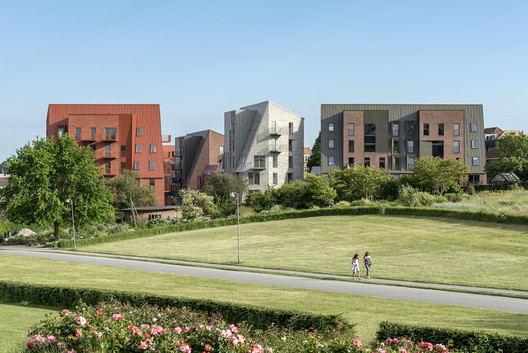