✕
Save
Europe's Brutalist Churches and Chapels, by Stefano Perego
Share
Or
Copy 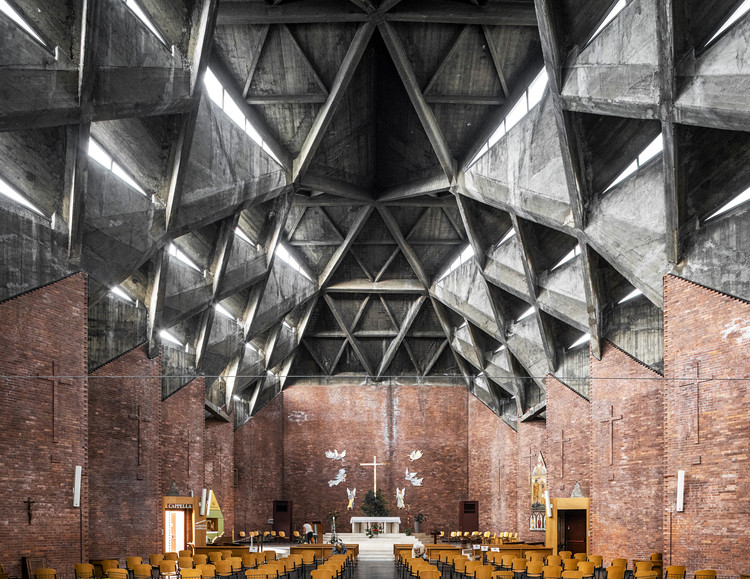 Rich in symbolism and tradition, religious architecture has always been marked by the grandiosity and extravagance of its interior spaces. For the architects and designers who created these spaces, everything from the scale, to the materials, to the lighting were tools to be used in optimizing their form and function and creating a place for users to connect with their faith.

Whether seen in churches, mosques, synagogues, temples, or chapels, religious architecture has always abided by certain historical patterns; however, this doesn't mean that it was free from the influence of other architectural styles that defined different eras of history.

Religious buildings shaped by Brutalism--a scion of the Modernist Movement that had its heyday between the 1950s and 1970s--stand out thanks to their constructive sincerity, geometry, and the roughness of their surfaces. Reinforced concrete shaped by rugged wooden framework is the principal material used in Brutalist structures to create the rough, untreated surfaces that define the movement.

Seeking to trace Brutalism's influence throughout European architecture, photographer Stefano Perego has compiled photographs of religious architecture --churches, temples, and sanctuaries--designed in the Brutalist tradition. In this article, we highlight 20 Brutalist works of architecture from throughout Europe--Germany, Austria, Belgium, Bosnia and Herzegovina, France, Italy, and Switzerland --designed by the likes of Le Corbusier, Gottfried Böhm, Arrigo Arrighetti, Adalberto Libera, Léon Stynen, Juliaan Lampens, and Fritz Schaller, among others:

Monastery of Our Lady of Health (Crkva Gospe od Zdravlja) 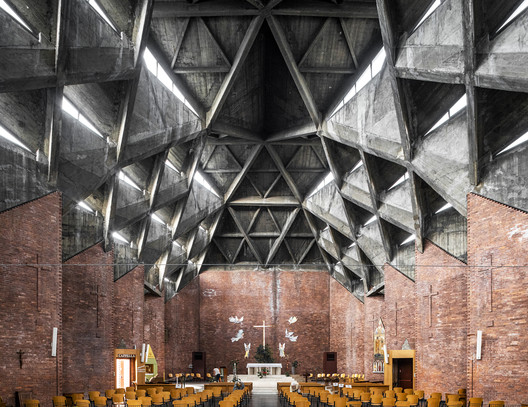