Fast forward to the year 2020- a time where the profession has seen a slow resurgence of young, one-off practices devoted to explorations in typology, representation, and research on the “what could be” without the pressure of projects that are built, published, or even that generate revenue. While it is evident that Superstudio’s oeuvre has highly influenced the imagery of Rem Koolhaas, Bjarke Ingles, and Steven Holl to name a few prominent figures, it is also critical to recognize the recursive return of architecture that is driven by the desire to explore ideas and new ways of portraying them. These designs, in their own way, pay homage to the influence of Superstudio and their importance to modern-day discourse. What was once considered only a seminal moment of the groups’ design ideology has proven to be radical dogma that wasn’t just an isolated movement.

In 1971, Natalini said “if design is merely an inducement to consume, then we must reject design...if architecture and town planning is merely the formalization of present unjust social divisions, then we must reject town planning and its cities until all design activities are aimed towards meeting primary needs. Until then, design must disappear. We can live without architecture.” This belief is perhaps best illustrated in Superstudio’s avant-garde “Continuous Monument” which proposes a large white gridded monolith that would stretch around the globe and even extend into outer space. The powerful images that were created to illustrate this idea describe the homogenizing effect of globalization and the early post-war architecture ideals that were creating a sense of sameness around the globe. The images are beautiful, and for a moment, they trick the observer into feeling a sense of peace and seduction, when in reality, the effect of the Continuous Monument was described by Superstudio as "anti-architecture" and the result of a societal nightmare.

"We Dream of Instant Cities that Could Sprout like Spring Flowers": The Radical Architecture Collectives of the 60s and 70s

In another one of their projects, Superstudio created visions of twelve ideal cities that represented the achievements of 20,000 years of civilization. One of the cities was located in space- more specifically in the form of a spaceship, that is forever following a precise route thousands of lightyears away. The spaceship provides everything that inhabitants require to live a flourishing and successful life. The eleventh city, called “The City of Splendid Houses”, features a lacking connection with the countryside because it is completely self-reliant. The inhabitants share a single goal of possessing the most beautiful single-family home. Every family there is given the same amount of space for building a house, which creates an equitable environment and infrastructure for all. In the present day, the architecture of space and the thought of cities in which all inhabitants were equal and thrived in a self-sustaining environment are topics that are heavily debated- once again showing that Superstudio was ahead of their time.

While Superstudio disbanded after only 12 years of exploration and experimentation, their legacy endures. Maybe it’s the fact that Superstudio never actually completed a building, yet rose to such critical acclaim for their ideas and how they were represented that has inspired today’s younger generations to do the same. At the time, their designs of behemoth buildings, silver space ships, and networks of energy, accessible to all with the simple action of “plugging-in” seemed improbable. Now, it seems plausible and rather prescient. Superstudio’s ability to continuously push the boundary and think at such a large scale is the underlying cocktail of architectural bravado for how we can revitalize architectural practice- and fortunately, it’s also what is happening. 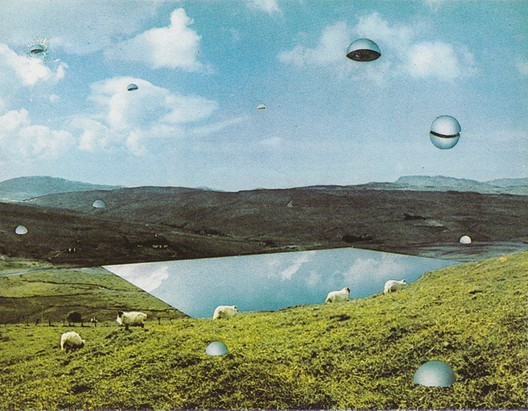