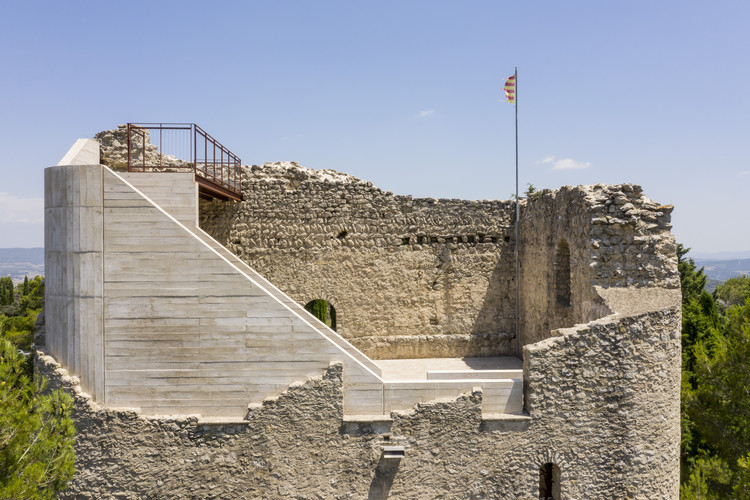 Text description provided by the architects. The Tossa de Montbui castle is located on a hill southwest of the city of Igualada, 620 meters above sea level, in a strategic point for military defence since medieval times and from where the other castles bordering the area are controlled.

It is mentioned for the first time in a document from the year 960. From the 12th to the 14th century the name of the castle is linked to the Viscounts of Cardona, who at first were feudatories of the castle and later, owners until the beginning of the 18th century. The castle had several owners throughout the 19th century until in 1956 the rector of Santa Margarida de Montbui bought it. For many years it was uninhabited and seriously deteriorated. Since 1967 the Association of Friends of Tossa and the Mountain Board (Asociación de Amigos de la Tossa y el Patronato de la Montaña) have carried out different interventions of interior reform and restoration.

It is a rectangular construction 9.50 meters wide and 14.50 meters long in a north-south direction, with rounded corners and walls of about two meters thickness, made of irregular calcareous stone from the area and lime mortar joints.

On the eastern side it has two floors and a height of about 10 m, while on the western side, due to the unevenness of the terrain, it is three meters taller. The interior is divided into two floors and a basement. Currently, the interior is accessed from the eastern facade, and a modern building scale gives access to the first floor, now uncovered. From the historical study carried out, the existence of a roof slab on the first floor is deduced. On the other hand, from the study of similar typologies, it can be deduced that the access staircase between floors used to be inside the wall to the west, now torn down.

The restoration proposal has been based on these historical premises and the rest of the data obtained on the original construction elements of the tower. It is committed to the consolidation of the existing walls and the construction of specific elements that have historical materials as a reference, which allows reaching the highest part of the tower and recovering a viewpoint of the region and the other frontier castles.

The level corresponding to the original roof is reached by the stairs that consist of the west wall and recovers the idea of a possible original staircase located within the thickness of the walls, as is typical of many towers of this time. The sloping shape of the staircase also makes it possible to respect the unfinished appearance and the memory of the ruins. The same idea of uniting function and historical explanation is used in the construction of a small section of slab corresponding to the original level of the main floor of the tower as a balcony-viewpoint from the opening of the north sector, possibly the original access to the tower from the outside. 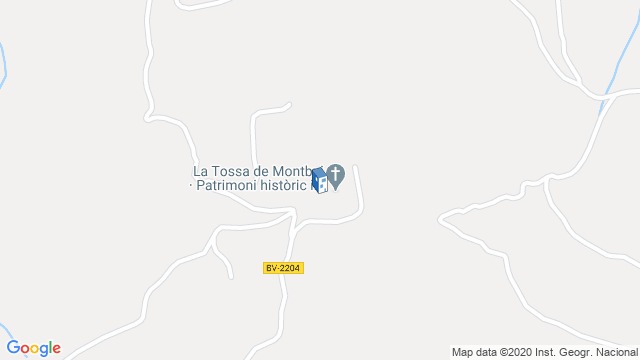 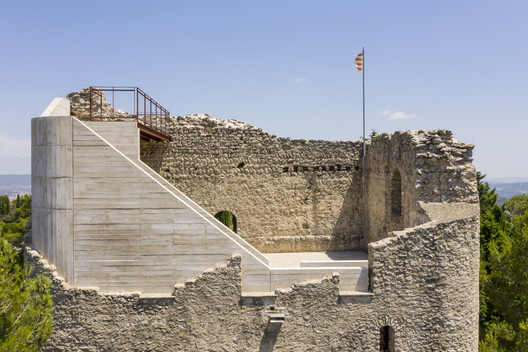