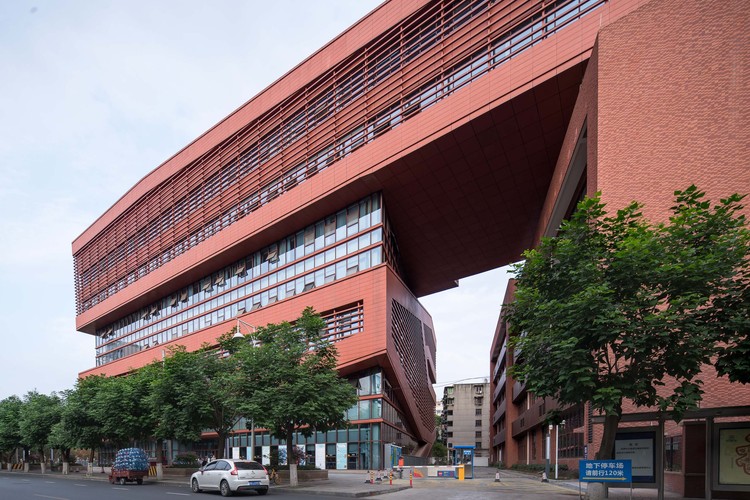 Text description provided by the architects. DUTS design has recently completed the new“Chengdu Jinniu District Library”, after four years of construction. The project is located in the northern part of the downtown area of Chengdu. As a cultural landmark of the Jinniu District, it comes out as a surprising "three-dimensional book" for the city of Chengdu with its unique and charming architectural image, reflecting the public culture of the new era into a high-level of architectural culture.

Project background and design challenges
The Jinniu District Library is located in the south of “Tianfu Cultural Landscape Axis” on Jinniu Avenue in Chengdu. The cultural presence of Southwest china is strong as you walk along this axis. The project includes two functional programs: Jinniu District Library and Waihuacheng Middle School.

Functional Challenge
The Jinniu District Library includes a library, a local chronicle and an archive. It requires enormous space to achive; Waihuacheng Middle School needs to be placed on the south-east of the teaching space to ensure that the teachers and the students can access to sufficient sunlight and outdoor playground activity.

Site Restraint
The site is long and narrow with a 36 meters plot height limit. Waihuacheng Middle School is located at the southern end of the plot to maximize the use of the middle school playground and the sunlight conditions; the library is located on the north side, bordering with an urban green space that is “borrowed” as the front square for the library, saving plenty of space in the overall layout. This decision has been made with multiple design iterations, taking rational needs and functions into consideration.

Breaking through imagination: breaking land constraints with a horizontal overhang
The Jinniu District Library and Waihuacheng Middle School are divided by a west-east bound road on the north side of the site. The boundaries are clear and independent. The layout achieved the “full use of the land”. However, it is still difficult to fully meet the functional requirements of two large programs. As a district-level library, the Jinniu District library has functions like local chronicles, and archives. It is a comprehensive public-cultural project due to its demands for a large volume of spaces and urban pockets for the public.

How to create a public cultural building with the characteristics of cultural landmarks and meeting space requirements in a site with height restrictions on the top of a small triangular plot?

The chief designer and founder of DUTS Design , Zhong Ling mentioned, “In this project, we actually used a kind of “upgrading” design thinking, and integrated the idea of urban planning and design into the architectural form. The Jinniu District Library and the Waihuacheng Middle School next to it are two plots of social functions, but they are culturally consistent, and they happen to belong to the same owner. Under the deliberation of multiple plans, we have finally arrived at a the decision to innovatively use the horizontal extension of the building in the sky to “cantilever” part of the top floor space. Hovering parts of the Library buidling over the teaching building of the Waihuacheng Middle School. This design breaks the constraints of the site conditions and allowed the functions and forms of the two buildings to “complement” each other coherently. It increases the efficiency of urban space, and became the biggest highlight of this building.”

Exquisite layout of three-dimensional space
The library building in Jinniu District is made up of three rectangles with different volumes intersected with each other. The library building is partially suspended above the school. The facade adopts a glass and metal curtain wall system with a steel structural system. The light volume contrasts with the stable and heavy shape of the original parking lot, reflecting the high technology of modern architecture. This design also reinforces the integrity and interaction of the two independent plots.

The shape of the building takes the meaning of “three-dimensional book”, which combines the cultural meaning of the book with the clean lines of modern architecture. The library and school are shaped with bright straight lines. By extending the deep lines, the inner area of the library can be maximized. The degree of expansion, abstractly extracts and integrates the morphological elements of bamboo slips and books, presenting a continuous and rising trend as a whole, concise and dynamic, magnificent and lively, implying the flourishing urban humanistic spirit.

The library adopts the layout method of partitioning by layer. The main body of the library is located on the 1st to 3rd floors of the building. The archives is located on the 4th to 6th floors, and the local chronicles are located in the semi-basement. The divisions are clearly defined and their respective flow lines do not interfere with each other. The library, the local chronicles, the archives and the school are organically integrated, and the flow is transparent and smooth.

Architects not only start from the plan to meet the balance and unity of various functions, instead we tend to focus on the overall three-dimensional space to create a humanized and pleasant space. Utilize the greening of the inner courtyard and the afforestation of the terrace to organize a multi-level landscape environment, provide natural ventilation, strive for good sunlight, and create a spacious and bright modern urban public cultural space.

The large hall on the first floor of the library is transparent and open, creating a relaxed atmosphere, which can encourage people to communicate to each other giving guests a comfortable feeling of being at home.

A seven-story atrium is set up in the middle of the building, which effectively solves the problem of lighting inside the building and breaks the dull pattern of the building’s shape. The introduction of natural light not only saves electricity, is green and environmentally friendly, but it is also made of glass and metal transparent roof that can show an ever-changing atmosphere under different lights and shadows, but without glare.

The library's reading room adopts an open-shelf style, introducing the internationally popular ladder concept. The reading room is arranged across floors and has a strong orientation. The design is similar to a "book spiral", which also implies the continuity and rise of knowledge acquisition.

After the completion of the project, it has become a new cultural landmark in Jinniu District, Chengdu. While creating surprising visual effects for the citizens, the space can also meet the needs of many different types of activities and scenes.

Facade curtain wall to create a new type of "ecological building"
The Jinniu District Library strives to achieve energy saving and ecological environmental protection from the facade and the spatial layout of the plan.

The sunshine analysis of the curtain wall is based on the statistics of annual meteorological data in Chengdu. The result is the annual average solar radiation of the windowed part of the facade, which can intuitively and accurately reflect the solar radiation of each glass of the building. Based on scientific analysis, it provides a strong basis for creating an energy-saving and ecological building design.

After four years, the Jinniu District Library and Waihuacheng Middle School project in Chengdu has finally completed. Through the design thinking of the “upgrading” and the exploration of innovative architectural build forms, the architects broke through the constraints of land use conditions and created an architectural piece that gives back to the city and its citizens. 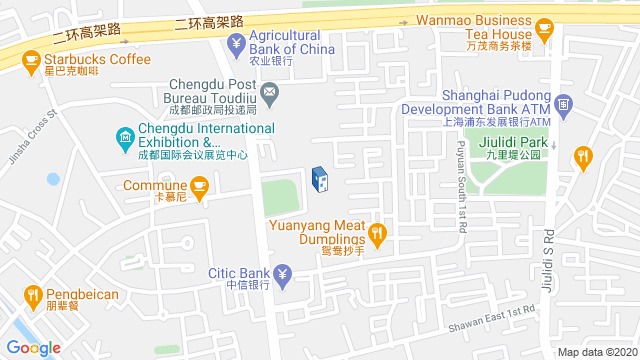 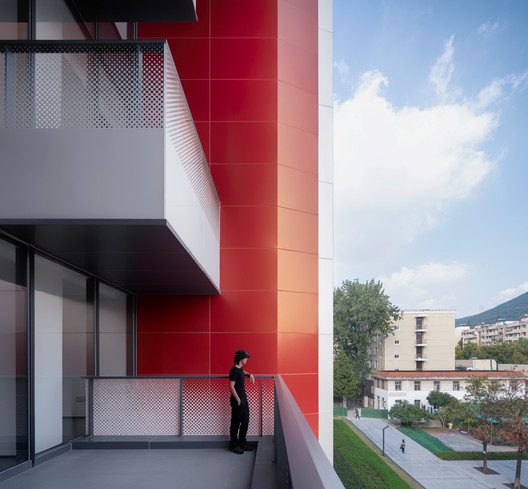 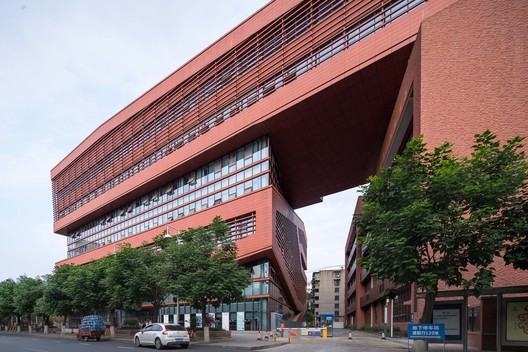