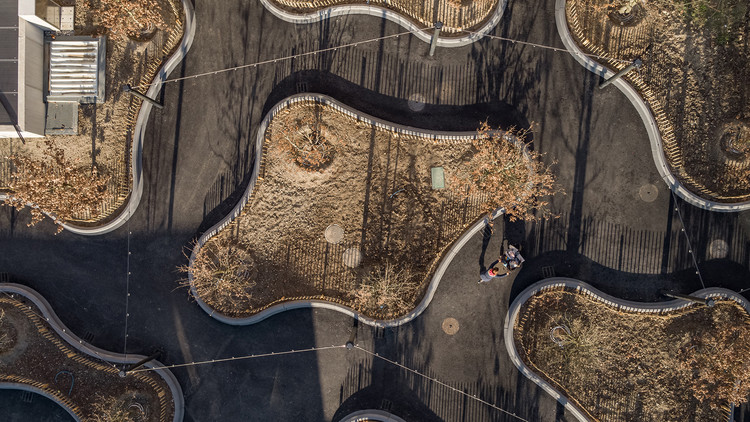 Text description provided by the architects. Joseph Beuys’ 7000 oaks for the 1982 Documenta in Kassel constituted a turn in the art world. By a quite simple conceptual gesture, the artist managed to use the power of art discourse and action to activate an environmental concern that has grown ever since. This happened in the1980s, the same decade which saw a very substantial acceleration of violence towards all living beings on earth. Ever since, we have been trying to develop our consciousness to counter this movement, with relatively poor success.

One of the most interesting issues about his artistic gesture is that it constituted a real contract with the city of Kassel. It was through the engagement of a contractual relationship that the piece acquired all its strength. Its subtitle was important as well: City forestation instead of City administration. The discussions, polemics, and difficulties to find the funds for this enormous project had the consequence of it being treated exactly as a moment or point of a political agenda. This is probably the most powerful argument of the proposal. From his artist position and posture, Beuys anticipated what was going to become a political and civic issue: the presence of the vegetal and animal (other-than-human-living-beings) world in urban fabrics as a breathing, vital necessity.

There is another perspective on this: co-existence. We depend on other living beings to transform the atmospheric air into breathable oxygen. We can also think of these beautiful transforming organic machines as companions, creatures that live with us.

The discreet, sometimes majestic, dynamic presence of plants is part of our lives and our lives are symmetrically part of theirs. French botanist Francis Halle has talked extensively about the discretion of trees, how their rather important presence does not involve any sort of arrogance over other smaller and less powerful beings. Trees are peaceful companions.

Cities renew, evolve through dynamism and urban mutation; they grow as a more complex nature than one just made out of inert materials and mechanical fluids. All of it is part of an intertwined ensemble of “things” and beings that interact and make the urban fabric a tense, contrasted, and exciting tissue where most of us enjoy being in a composite togetherness.

The project of the CEVA station in Geneva extends or installs itself within this idea of multifaceted relationships. The new infrastructure thought and designed by Jean Nouvel and Eric Maria as a piece of a network of stations redefining the Geneva region accessibilities, relates to our intervention, in a companionship connection. Trains pass by, in the underground, and people go up and down, traversing the vertical layers of the infrastructural soil, to discover a growing condition, composed of 138 oak trees and hundreds of other planted companions.

The simple idea of “just” planting trees, accompanies the arrivals and departures of the new regional train line. Flows from the underground transform, adapt their pace into slower meandering routes, proposing a sort of “flaneur” experience, under and with the trees and their intense planted ground. These micro eco-systems are hosted in dedicated islands, not necessarily accessible to humans. They have enough space elsewhere. They can sit, enjoy their pauses and chats on the borders of these islands, and on dedicated urban furniture. With time, patience, and experience, the place will become a specific and beautiful eco-system, where people, trees, microbes, insects, other plants will co-exist peacefully. Some of us will still be in a hurry and dig down the escalators to take the next train, some others will breathe slowly observing from above the red lights of the train lines for decades, growing, discussing, and looking at the world resiliently. 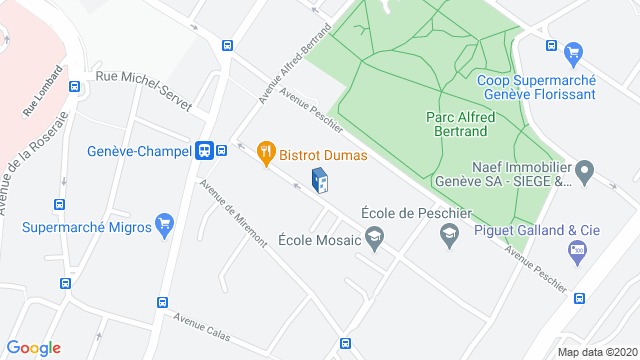 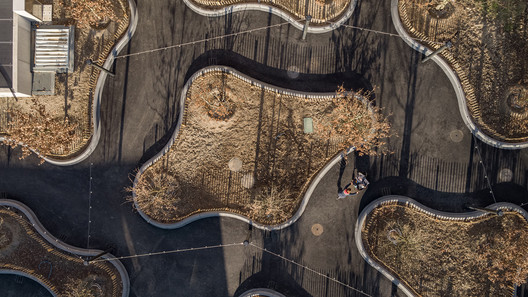