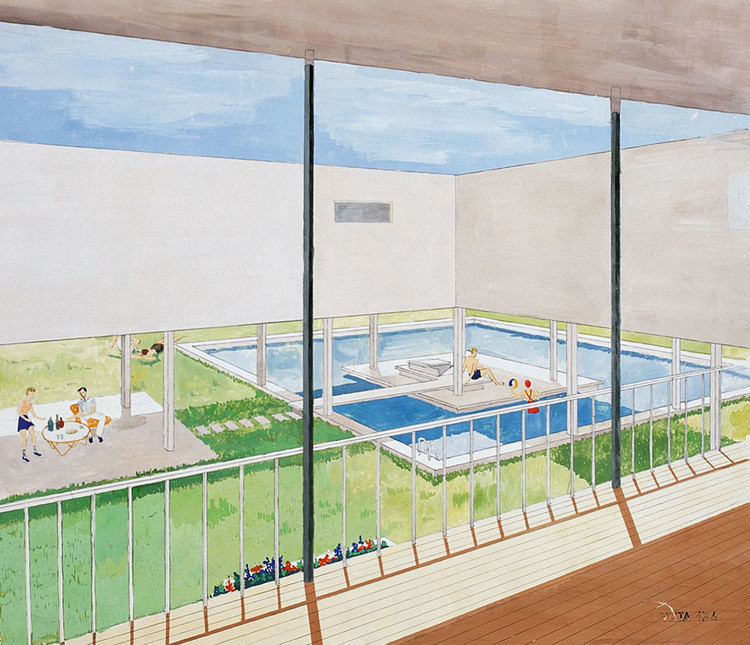 When we study Amancio Williams' work, it almost always centers on his emblematic Bridge House, built for his father in Mar del Plata between 1943 and 1946, or his technical role in Le Corbusier's Casa Curutchet. Of course, to study Williams is to confront several questions: Did he not design any other residential projects? What modernist ideas and concepts can we glimpse into his work? How did his work impact the development of Argentine architecture?

Between 1940 and 1980, Williams undertook a vast array of urban architectural projects, designing everything from pavilions, monuments, and houses to enormous buildings and even complete cities.

In spite of his constant and varied work, only a few of his designs ever came to fruition, with the rest remaining on paper as sketches.

In this article, we present a compilation of sketches of 5 of Williams' unfinished residential projects:

The House in Pereyra Iraola Park was designed for Williams' brother Mario Williams and was to be built in Mar del Plata, Argentina, on the same land as Williams' Bridge House, the residence Williams designed for his father. While Bridge House is surrounded by densely wooded terrain, Iraola house was to be built on a grassy meadow, with unobstructed views of the surrounding landscape. The main challenge of the project was achieving a contained structure, creating an interior and exterior space that the surrounding nature couldn't overshadow. The structure's walls were designed were to be built with white marble and were to have several openings based on the size and capacity of the materials.

The House in Munro is a dual residential and commercial space. Built between dividing walls, the project sought to create an individual space insulated the future constructions built around the dividing walls. The insulating elements in both the ground and upper floors also house the structural components as well as the service amenities. The layout of the space emphasizes continuity and fluidity.

Located in Uruguay, the House in Punta del Este was commissioned by the Di Tella family as a summer residence and also as a gallery for their private art collection. The layout featured a series of salons and galleries covered by an umbrella column roof. The terraces, also covered by the roof, were to house the sculpture collection. The structure was to be built from prefabricated reinforced concrete with a metallic roof and glass windows.

The House in Las Lomas de San Isidro was designed using many of the same concepts as the House in Punta del Este. Three high umbrella columns form a semi-covered space and several outdoor patios. The covered space forms the living area of the structure, while maintaining continuity with the structure's outdoor areas. The service areas such as the bathrooms and staircases are contained within separate 'nuclei' that ensure an open and unobstructed floor plan.

The house was to be built in the Boating Club of San Isidro across from one of the interior canals of the Plata River, Argentina. Many of the concepts for this house were taken from the design for Mario Williams' house in Mar del Plata (designed in 1943), with the main difference being the method of construction as this house was to be built entirely of reinforced concrete. 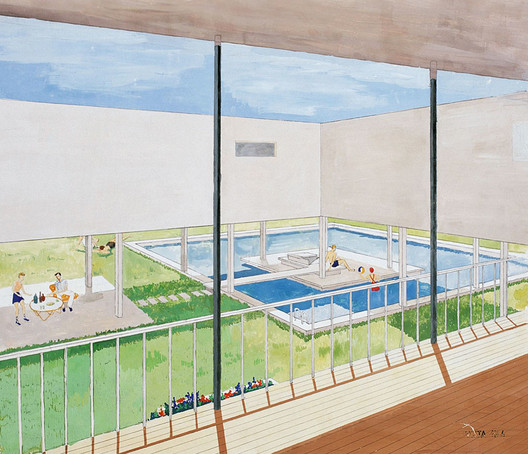