Establishing strong connections between urban and nature, tradition and innovation, and economy and culture, SOM has designed a master plan for the Central Area of Guangming District, Shenzhen, China. A new benchmark of ecologically integrated development, the project will lead the next generation of urban growth in the Greater Bay Area. 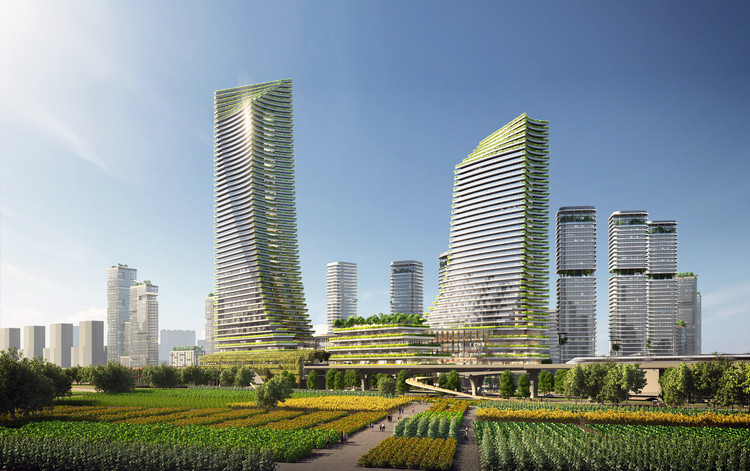 Located at the intersection of Shenzhen’s “emerald necklace” of protected natural landscapes that frame the city, and the eastern bank of the Pearl River Delta high-tech industry development corridor, the development is surrounded by mountains, water, and at a business node. Commissioned in 2018 to design the urban design master plan for the Guangming Central District, SOM has proposed to transform small-plot farmlands into Shenzhen’s premier sustainable urban district.

“Central to the success of the master plan is the integration of new open spaces that build upon existing topographical, hydrological and landscape systems of the area”. In fact, open spaces account for over 40% of the total project, with the Science Park as the centerpiece of the system, with a wide range of recreational, cultural, and unique agricultural uses. Moreover, the scheme blurs the boundaries of the Science Park in order to create a stronger overall landscape system that expands into the urban environment via streets, smaller open spaces and plazas, and within architecture.

The Transit-Oriented Development project is situated immediately adjacent to two new metro stations, while the commercial business district is situated at the eastern edge of Science Park, generating commercial offices, retail, residential and cultural uses; and the northern edge consists of retail, hotel, and residential uses. Finally, the southern neighborhoods provide a unique mix of cultural and sports-oriented uses that promote health, wellness, and active lifestyles.

Defining the image of the Central Area and highlighting the “ecological genes” of the district, the 23-hectare Science Park North site is the first phase of development at Guangming Central District. Designed to incorporate a landmark tower, cultural themed retail center, residential, and the Xuefu Hill Park, this area emphasizes the integration of architecture and landscape, creating an urban platform for healthy and sustainable living. The architecture of the start-up parcels will create a new icon for Guangming that represents both its agricultural heritage and its technology-driven future. Designed to optimize pedestrian flows and provide maximum connectivity between transit, living, and working within the North district, the proposal provides convenient access to retail, commercial and hotel uses for visitors and workers, and enhance the livability of the project for residents. 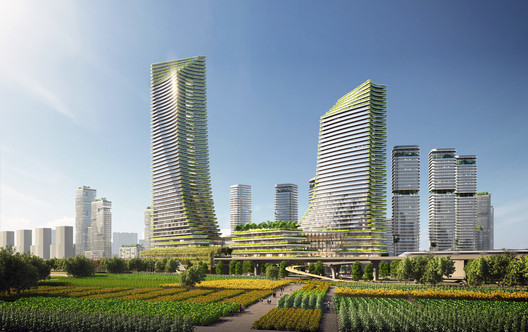