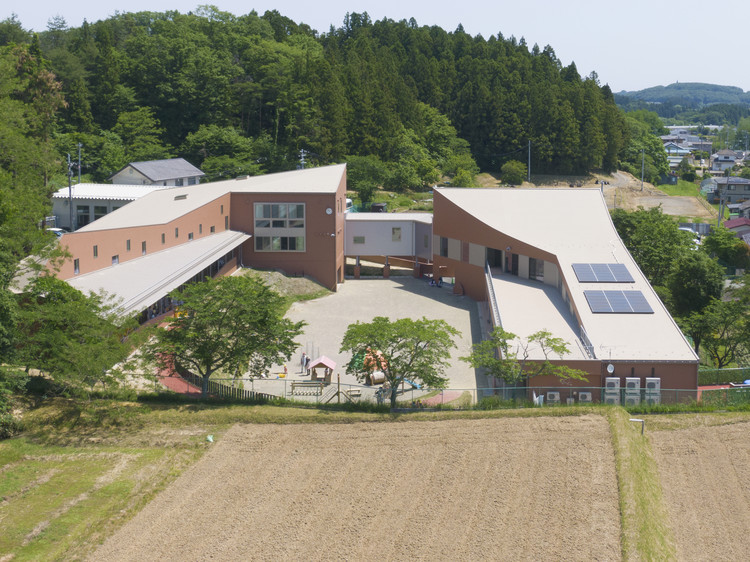 Text description provided by the architects. Izuminomori Kindergarten is surrounded by mountain in Izumi wards, so that the children can experience nature through a season. This project is rebuilding existing building that built in 1985 for adapting a new regulation that required changing the operational form and more rooms.

We planned divided two buildings and each constructed in different term, it allows continuing the kindergarten during the construction term without provisional kindergarten building. At first south building while using the existing building. After finished the south part, operation was moved to new south part. Subsequently existing old building was deconstructed and starting construction of north part.

The class rooms are basically arranged linearly in the east-west direction. Play area between class rooms and outside playground is intimately connected to both through by the wood deck and under the eaves. This stimulate children to have an interest in outside and nature.

The slope is utilized original topography becomes a part of the playground, was not used before, therefore fostering children do various play and learning. Positively using original topography is reflected philosophy of Izuminomori kindergarten “contacting with nature during childhood grows curiosity and strengthen body”.

Roof is gently changing along with the longer direction of building. That is reflecting the scale of the mountain topography for harmonizing with surrounding environment. Scale of nature impress people, therefore this building is intended to be part of mountain. Distinctive roof shape is reflected in internal space that creating a sense of rhythm in classrooms. 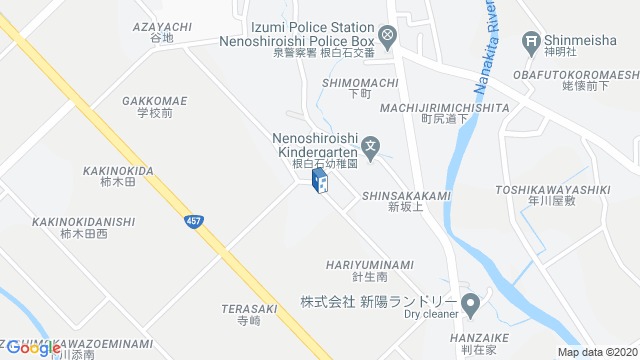