Save
Expansion of the Waterhouse / Sunyat 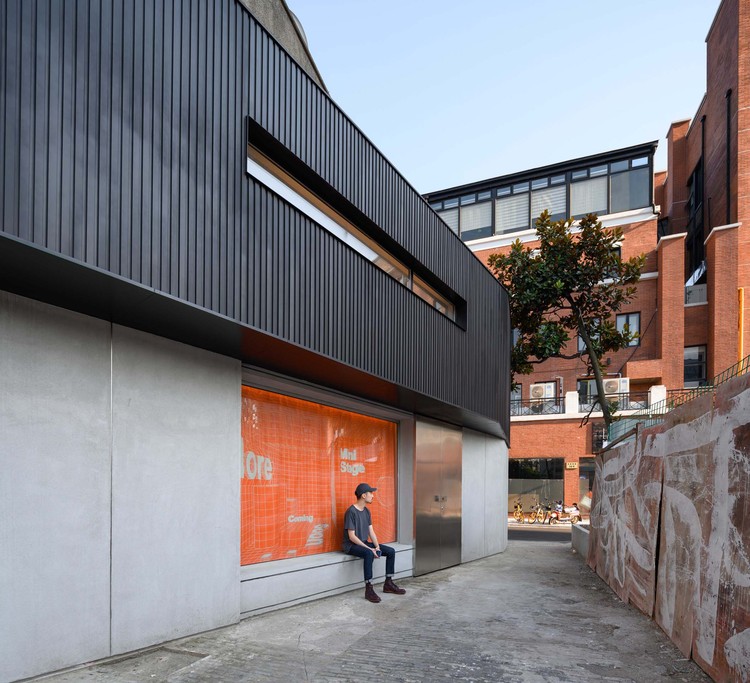 Text description provided by the architects. There are some typical impressions of Shanghai the Cool Docks Waterhouse, its industrial heritage, 30s architecture, internet famous hotels, and its service facilities. How do we incorporate innovations along with embracing its past, giving it a new definition, setting new direction and service as open space? In June, the old dock warehouse hotel has paused its operation for the upcoming renovation. Sunyat Architects took up the micro-renovation for its boiler room which marks the beginning of interpretation of designs under the new social context.

Social landscaping, "rebellion" in the landscape society. Large Scale Landscape constructions that embody a new form of the social environment have been the norm during Chinese urban development. The accumulation of massive urban landscapes will inversely strengthen the rapidly constructed social relations. French situationist Guy Debord has defined landscape as "The spectacle is not a collection of images, but a social relation among people, mediated by images. It is a “landscape” of representation, and a “landscape” based on objects and people. The expansion of Water House is part of the larger initiative of the renovation project.

The Waterhouse is located in the new planning zone of ​​the wharf on the South Bund in Shanghai. The original three-story building was the headquarters of the Imperial Japanese armed force in the 1930s. 10 years ago, a fourth-floor was added and the entire building was transformed into a boutique hotel. The hotel retains its original concrete texture and a weather-resistant steel structure was added on the fourth floor. The skin of the metal decking forms a connection between the ships on the Huangpu River and the hotel. The Waterhouse is a capsule of the memory of Chinese Urbanization.

In June of this year, The parking lot is planned as an urban green space. This functional change allows the industrial era factory to transform into part of the "social landscape" opportunity. A "Mini Stage" is created in the boiler room, which acts as a transition between the Waterhouse and the future public green space, introducing "social landscape".

The scenery of the site, "flowing" in a closed city. The boiler room of the Waterhouse is adjacent to one side of the main building, but not connected. Therefore, during the renovation process, we did not deliberately pursue the continuation of material and form. The functional use is added to the building instead of being a still object, establishing a form of flow and enclosure.

The micro-renovation is located at the corner of the hotel towards the street. The flow direction of people naturally forms a route that transits from industrial space to the green space. A facade is established between the original building is formed to extend the sense of closure. The ceiling height of the micro-renovation is much lower than that of the building. The sense of closure continues to weaken. The crowd continues to "flow" and reach the other side of the renovation. The exterior offers a generous seating space and generates a transition to the site landscape.

Texture-wise, folded aluminum panels, cement textures, and colors are extracted from the surrounding environment. the past is solidified in the form of materials. The direct contrast between new and old materials increases the sense of distance between the past and the present, reflecting the flow of time between the sites, and history becomes the background of this particular historical context.

Space landscaping, "movement" in the symbolic city. When space is given functions, it will no longer be a landscape with merely imagery symbols. A display window is implemented facing the city park, the facade is embedded with a canopy, lights, and seatings which amplified the flow of airiness of the space and encourage interaction. The small public space in the building is connected to the large public park, integrating two independent images into an immersive experience.

The Waterhouse design embraces both its space and audience, which brings a new dimension and meaning to its original establishment landscape as a site. It marks the start of a timeline that evolves in the already established urbanization and grows into the part of the history of the Bund.

In response to the words of the contemporary artist Ni Weihua, “The present we experience is the history of the future”, we invited Mr. Ni to create a new issue of “Tracks” on the wall of the Waterhouse. The work showcases the diversity of creation such as ages, genders, and occupations, which captures the continuous extending, developing a re-inventing process echoing thoughts on landscape and the social interactions. 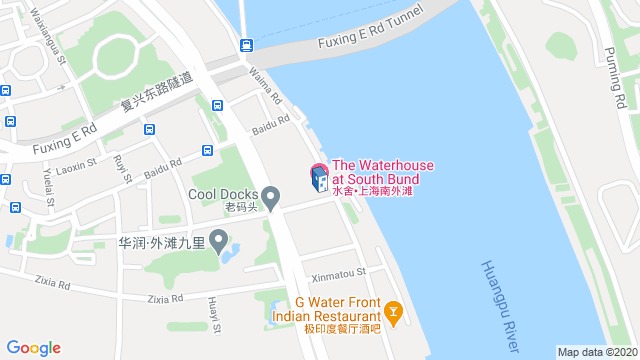 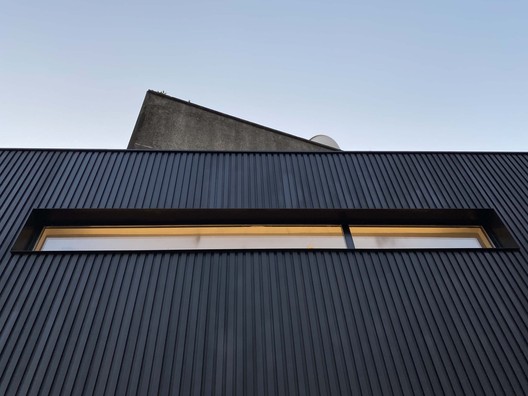 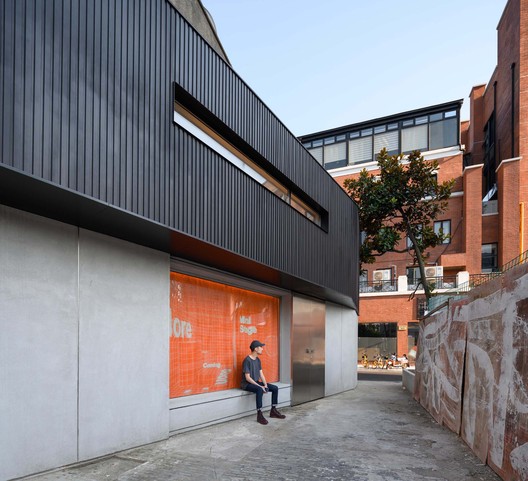