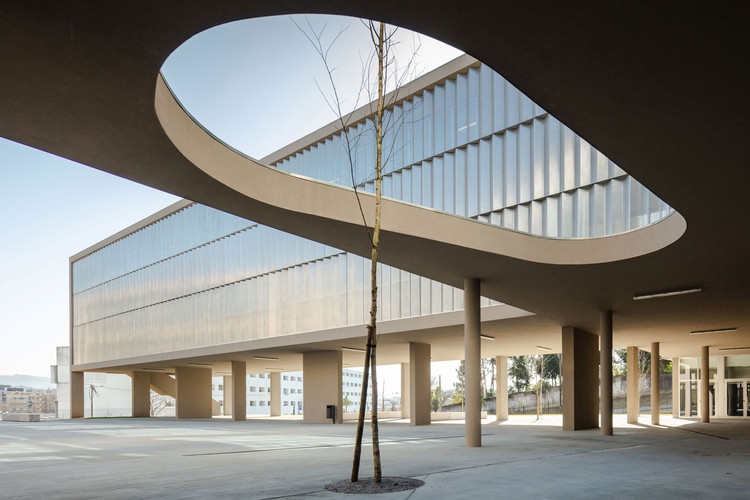 Text description provided by the architects. The school is located near the center of Taipas village, in an already consolidated urban area and it was built from another existing school that was completely demolished. In that sense, the proposed intervention aimed not only at replacing the old school facilities, built on a totally dysfunctional scheme, which for a long time had ceased to meet the minimum conditions for teaching and learning, but also proposing the requalification and planning of all the space within the boundaries of the terrain, with the design of its exterior spaces, new playing fields, garden areas or even new areas for students' recreation, establishing new relationships with their surroundings.

A set of principles for the development of the project were selected and listed as follows. Functional organization and the consequent hierarchy of functions – fundamental for easy and pleasant use as in any building – seek to achieve a great clarity in its functional and spatial organization, which translates into an easy perception of the building's structural elements. The relationship with the community was also taken into account, namely with regard to the use of its complementary spaces, such as the auditorium, the library, and the sports infrastructures that, in large part, determine its location. The topographic characteristics of the terrain, with notable differences between the existing platforms, as well as its small size – taking into account the complexity and extension of the program – implied a great formal simplification, adopting a solution radically different from the existing one for the implantation of the new building.

Two implantation platforms and four functional areas – that we can identify and characterize – were defined for the building. The first accommodates the functions that, as mentioned above, we believe are more public or can be used by the community. For the classrooms, we created three autonomous volumes with the aim of making it possible to place the various age groups in different locations, achieving greater organization in the distribution of students. On the lower floor, directly connected to the outdoor recreational spaces, are placed all rooms and respective complementary spaces that constitute the nucleus of visual and technological education. Several patios were designed to create cross ventilation and the entry of light to the west, allowing the spaces to support classes and the circulation corridor to be also naturally lit.

The one that we define as the fourth functional area is composed of facilities for physical education and sport, namely the gymnasiums and the sports pavilion. The volume is leaning against the support wall and has a large landscaped roof, integrated into the garden space. The outdoor space has one of the great achievements of the project since – despite the extension of the program – we looked for a solution that could reconcile the two existing realities.

In this sense, the three volumes intended for teaching activity are elevated, providing the outdoor spaces with wide covered areas and freeing up a large area for outdoor and recreational activities. Bearing in mind that the terrain has approximately 22,000 m2, it was possible to obtain approximately 16,000 m2 of usable free space. 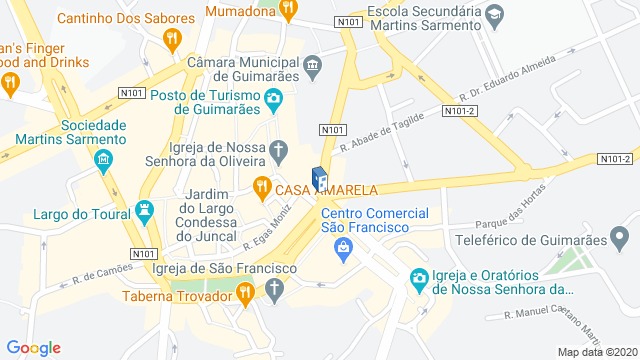 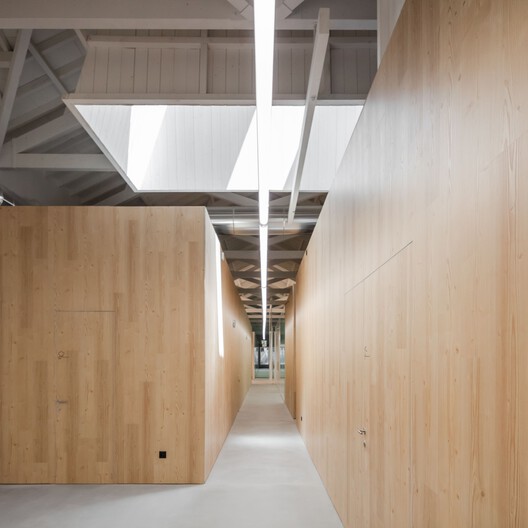 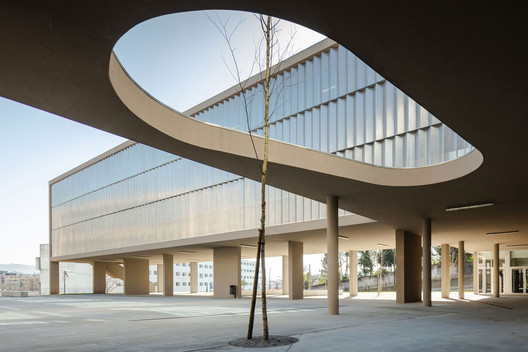