Save
What Neuroscience Says About Modern Architecture Approach
Share
Or
Copy

This article was originally published on Common Edge as "The Mental Disorders that Gave Us Modern Architecture".

How did modern architecture happen? How did we evolve so quickly from architecture that had ornament and detail, to buildings that were often blank and devoid of detail? Why did the look and feel of buildings shift so dramatically in the early 20th century? History holds that modernism was the idealistic impulse that emerged out of the physical, moral and spiritual wreckage of the First World War. While there were other factors at work as well, this explanation, though undoubtedly true, tells an incomplete picture.

Recent advances in neuroscience point to another important factor: one reason modern architecture looked so different than past constructions was because its key 20th-century founders literally didn’t see the world in a “typical” fashion. They couldn’t. Their brains had been either physically altered by the trauma of war or, like Le Corbusier, they had a genetic brain disorder. And while their recommendations for “good design”—a new world, a clean slate—certainly reflected their talent, ambition, and drive, their remedies also reflected their brains’ specific disorders.

In recent years, several authors and physicians have described the father of modernism, Le Corbusier (1887-1965), the Swiss-French architect, as autistic. Writers, such as the critic and psychiatrist Anthony Daniels, and the biographer Nicholas Fox Weber, have come to the conclusion that the Swiss-French architect met the diagnostic criteria for autism spectrum disorder (ASD). They’ve chronicled his impaired social communications, repetitive behaviors, abnormal fixations (including a fascination with concrete), and apparent absence of interest in others.

“For all his genius, Le Corbusier remained completely insensitive to certain aspects of human existence,” Weber writes in Le Corbusier: A Life (Knopf 2008). “His fervent faith in his own way of seeing blinded him to the wish of people to retain what they most cherish (including traditional buildings) in their everyday lives.

Eye tracking people with autism can help us understand why Le Corbusier remained blind to others’ views—he literally couldn’t process visual stimuli normally. And the autism diagnosis can also help us better understand why his architecture turned out the way it did. This is quite important. For it turns out people on the spectrum often struggle not only with social relations but with visual overload referred to as hyperarousal. So, no surprise, then, that Le Corbusier would streamline Villa Savoye, built near Paris in the early 1930s (above, at left), to the point it suggests a box on stilts rather than what it was: a wealthy couple’s country retreat. No wonder his National Museum of Western Art in Tokyo, Japan, completed some two decades later (at right) would feature so much blank concrete. Le Corbusier’s designs are a likely response to his atypical brain; he was striving to limit stimulation, wrestling to calm a brain abuzz.

People with certain brain disorders, including ASD, respond to visual stimuli in a very distinct fashion. In the pictures above, at left we see a “typical” brain looking at a kitten; at right, one with autism spectrum disorder (ASD). Eye tracking tools measure unconscious and conscious eye movements, and in this instance, create a dark shadow where people look most. These images show how a typical viewer focuses directly on the eyes and central area of the face, while a brain on the spectrum taking an opposing approach, avoids the eyes and central face almost entirely. These tendencies spill over to how different brains take in buildings:

Notice how a person on the autism spectrum, at right, avoids details like windows (which might suggest eyes) while a typical brain instinctively goes straight for them, without conscious awareness. (In the images above, the eye-tracking data creates “heat maps” which glow reddest where viewers look most.)

In the Age of Biology, as the 21st century is now dubbed, we have new explanations of why people with ASD like to simplify a scene; they literally have too many brain connections (or hyperplasticity). This overload leaves them struggling to emotionally regulate or simply keep themselves stable during the day. There’s a good reason why Le Corbusier wrote about hating the hubbub of crowded Parisian sidewalks. “We must kill the street,“ he extorts in Towards a New Architecture (1931). His vision of the city of the future features isolated towers, highways and no people in view at all; from an autistic perspective, this cleaned-up, less detailed vision is simply easier to take in. Given the characteristics of the disorder, it becomes almost predictable.

Perhaps as significantly, Corbu came to prominence at an extremely disruptive time in world history, the years after WWI, which gave him a unique entry, Anthony Daniels, the retired MD, argues:

I think his career would only have been possible in the wake of the First World War, with its terrible dislocation and loss of confidence in the civilization of which it seemed to be the culminating event.

The impact of World War I turns out to be quite significant for other founding modern architects, too—for different personal reasons. Both Walter Gropius (1883-1969), who brought the modern curriculum to Harvard’s Graduate School of Design in the 1930s, and Ludwig Mies van der Rohe (1886-1969) who did the same for the Illinois Institute of Technology, likely suffered from post-traumatic stress disorder (PTSD), or brain damage from surviving years of military conscription in the German Army which lost more than two million men in the four-year conflict.

Today’s trauma specialists know “the body keeps the score,” as Dr. Bessel van der Kolk, the founder of the Trauma Center of Brookline MA and world-renown PTSD expert, is fond of saying. (He published a New York Times best-selling book of the same title in 2014.) Prolonged and repeated exposure to near-death experiences change the brain, actually shrinking it, fMRI research shows. Survivors lose the ability to interpret environmental stimuli in a normal or “neurotypical” way and, similarly to autism, the disorder can significantly compromise their ability to understand and empathize with others. PTSD sufferers tend to avoid eye contact, something the mentally healthy perennially seek for emotional regulation.

Gropius’s war experiences were particularly horrific; seriously wounded on the Western Front, he also survived a plane flight where the pilot had been shot dead. So, when he built his own home in a Boston suburb, (in Lincoln, MA, 1938) two decades later, and three thousand miles away from where he saw military action, he put the building on a remote hilltop far from the street. Its front façade and overall form suggest a concrete pill box or duck blind, complete with flat roof, hidden door and slit windows, the better to shoot from. His home office has a front window with a sill more than four feet off the floor—no one could possibly see him inside from outside and he could only see out when standing up (not unlike a WWI trench). The brain of a war veteran may forever mix past with present, struggling to find safety ever after; the terrorized subcortical parts of his brain, stuck at the Front, directing every move of the design.

Again, given the disorder, his directive to students to “start from zero” in their design process, or his dismissal of architectural history as entirely irrelevant, becomes effectively reflexive, since avoidance of the past is a PTSD response. “He couldn’t sleep at night,” a docent says on a recent tour of his Lincoln, Massachusetts home, now owned by a local non-profit; sleeplessness, too, is predictable PTSD behavior.

While the conscript who became Mies van der Rohe did not see action at the Front, he was a member of the young generation of German men devastated by it. Thirteen percent of German males born between 1880-1899 would die within 48 months; millions would be wounded. Witnessing the death of friends and peers also causes PTSD, according to the Diagnostic Statistical Manual of Mental Disorders, v 5. PTSD is far easier to suffer from than initially thought. The malady didn’t enter the Diagnostic and Statistical Manual of Mental Disorders, DSM, until 1980, (a decade after the founding moderns fathers’ passing) but experts including Van der Kolk, refer to it now as “a silent epidemic.”

Why should it matter that the people who gave us modern architecture in the 20th century had traumatic brain damage and disorders? For one, the information reframes our understanding of how modern architecture came to be. We can now better understand, at least in part, why modern buildings look so different than older or traditional ones: relationally-compromised people with atypical “fixations” and emotional regulation came up with the architectural approach, abetted by a wounded world rushing to bury the past and an economic power structure all-too-willing to profit from it.

Cognitive scientists are fond of saying “fixations drive exploration” and this statement is true whether our brains are directing our eyes to look at ads or architecture; what our brains get us to look at (or fixate on) unconsciously is what we’ll focus on consciously; with biometrics we can “see” for the first time in history how people with brain disorders like autism and PTSD don’t fixate or take in reality in a normative way. We can also conclude, therefore, that architects with these disorders couldn’t be called upon to provide the template for the buildings people need to see, to feel and be at their best.

It is also revealing to consider how the detachment people often feel around modern buildings and urban settings closely mirrors the disconnect people with PTSD and ASD often have towards others. It all makes a great deal of sense once you think about it: people who are relationally compromised can’t come up with an architecture that promotes relationships.

And yet all of the underlying neuroscience here suggests something else new, exciting and positive—the path forward for architecture in the 21st century. Understanding that our brain is an artifact of 3.6 billion years of evolution frames this new direction, as is accepting the truth that unconscious brain activity directs our conscious behavior. Acknowledging that human perception is relational, befitting a social species, fills out this new framework for an architecture that promotes human health and social welfare.

As Steve Jobs once said, “The broader one’s understanding of the human experience, the better design we will have.” Indeed, if that guiding principle could lead Apple to stratospheric success, imagine what it could do as the foundation for building human habitats? 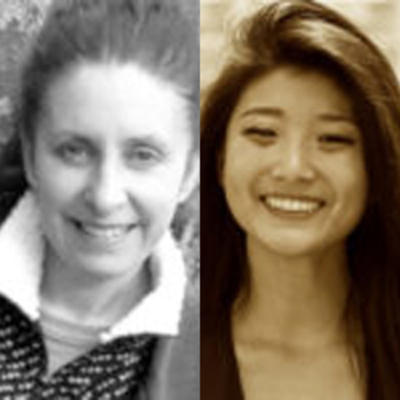 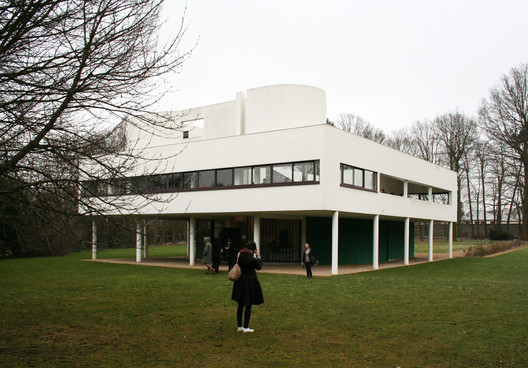