Save
UNStudio Completes First 37 Stations on the Doha Metro Network, in Qatar
Share
Or
Copy

UNStudio has unveiled images of the first finished stations on the new Doha Metro Network, one of the most advanced and fastest driverless systems in the world. Phase one of the Qatar Integrated Railway Project (QIRP), involved the construction of three metro lines (Red, Green, and Gold), with 37 stations currently having been completed. 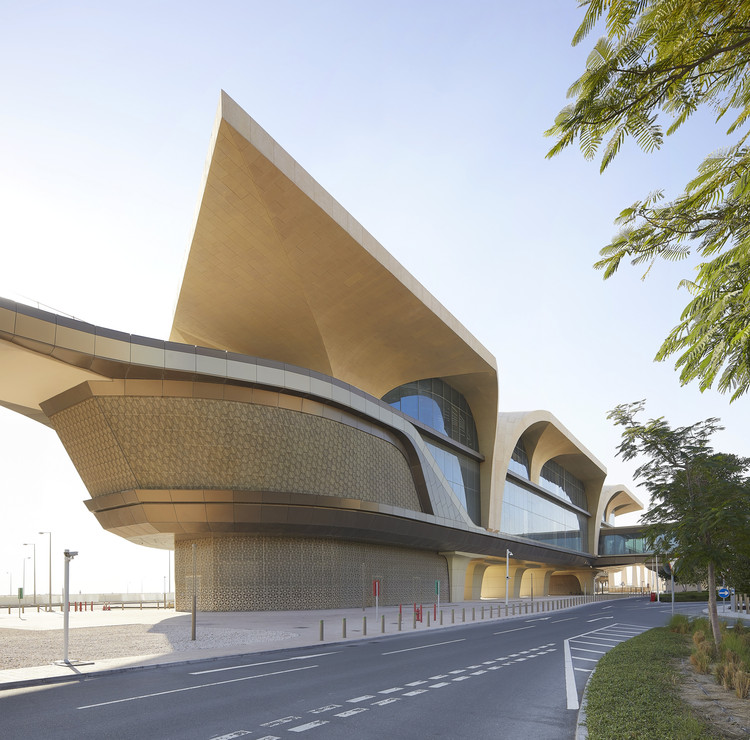 Focusing on mobility as placemaking, UNStudio has created a vision for the station designs of the all-new Doha Metro Network and collaborated with the Qatar Rail Architecture Department on the development of an Architectural Branding Manual. Currently, under development by the Qatar Railways Company (RAIL), the project comprises a complete railway system, consisting of four Metro Lines with approximately 30 stations in phase 1 and another 40 stations in phase 2.

We are going to move differently in the future. Mobility is changing fast, from the introduction of autonomous vehicles to urban cable cars and the Hyperloop. The mobility hubs of the future have to respond to and cater to these changes. In order to encourage the use of more sustainable forms of transport, these stations not only have to ensure smooth passenger flows, but they need to truly appeal to the public; to be places they want to visit and return to. -- Ben van Berkel.

Creating stations with public appeal and strong station identity, UNStudio has “made use of urban design principles to create public spaces that enhance the urban experience at the pedestrian scale and build new habits for the Doha community”. Focused primarily on generating an efficient and reliable service that encourages the use of public transport in a country where most people rely on cars, the different interventions are instantly recognizable in the city, as a permanent reminder of the alternative system, through the introduction of various scales of identity for the user: network identity, line identity, and station identity.

The celebration of arriving and departing has always been found in the design of stations. For the Doha Metro Network we devised an adaptive parametric system which creates open, light and welcoming interiors for each of the individual stations. Traditional Qatari architectural features are reinterpreted to incorporate new, transformative qualities which capture daylight and direct this into the interiors, creating uplifting and luminous atmospheres. -- Ben van Berkel.

Drawing inspiration from the context, while introducing modernization and preservation, the concept is inspired by the notion of Caravanserais, “which were inns with enclosed courts that served as gathering and resting places on ancient trade routes”.Using existing elements found in the architecture of the region, the project reinterprets Vaulted Spaces through a contemporary approach. Moreover, while “the exteriors reference the monolithic strength of old Qatari architecture, the interior spaces create a radiant effect of movement and fluidity”. In fact, through the use of uniquely Qatari ornamentation and material palette, large interior spaces are divided and pedestrians are easily guided.

Through the production of a design manual and with the use of adaptive parametric design, it has been possible to create a design with many variants, yet one which maintains a coherent identity throughout all of the stations. In this way, we can combine local contextual differences within an overall identity and parametrically adapt physical factors such as wayfinding, daylight penetration, passenger flows, constructive elements etc. in a complex but extremely disciplined system. -- Ben van Berkel. 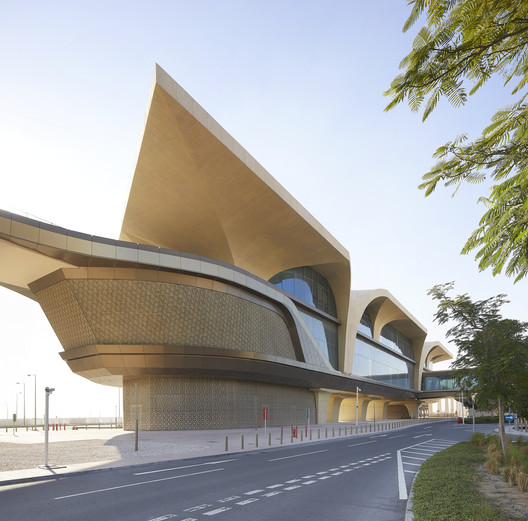