Save
Prague: A Window to the World
Share
Or
Copy

Few cities combine history and contemporary culture like Prague. The so-called "Mother of all Cities" was spared from widespread destruction during World War II, and as a result, its diverse architecture dates back over a millennium. As a political, cultural and economic center of Europe, the city has become a significant metropolis balancing both its past and future as one of the world's most beautiful cities. 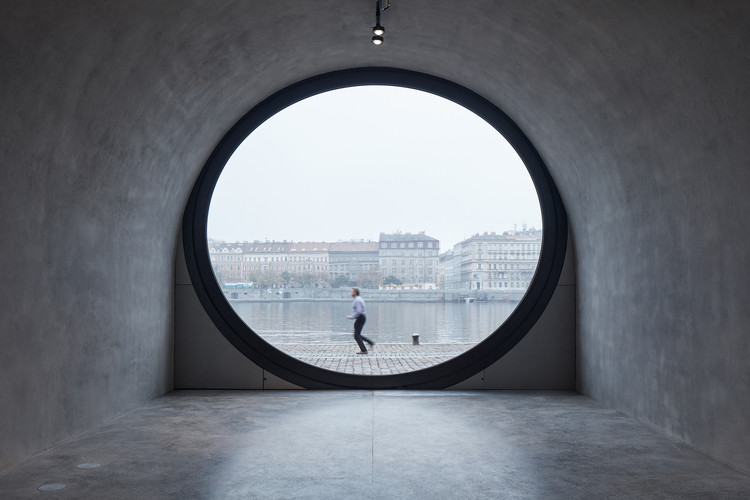 According to legend, Prague was founded in the 8th century by the princess Libuše and her husband Přemysl the Ploughman. Libuše, the ancestor of the Přemyslid dynasty, allegedly climbed up a cliff above the Vltava river and prophesied the future town: “I see a great city whose glory will touch the stars.” As the story goes, she then ordered the building of a castle and the town, which she called “Prague”. Whether or not the story holds, Prague has certainly become a place where buildings rise to new heights, and in turn, capture the imagination.

With roots in Romanesque design, Prague's built environment reflects many different styles and building types. It grew quickly over time, and in the 12th century, was already a flourishing city. The former capital of the Kingdom of Bohemia, it expanded beyond its historical center, now a UNESCO World Heritage site. Today, the city's architecture has become a visual history of Prague, representing the city's cultural development. The following projects show how modern architects have begun creating cultural work that both respects and reinterprets this past.

The new pavilion designed by PAPUNDEKL architects invites visitors to the Prague Exhibition Grounds, an area that has recently reopened its gates to the public. The modular pavilion features an adjustable facade made of translucent fiberglass panels that can be modified according to different uses or changes in weather and light conditions.

This teahouse was designed as a minimal place to gather. The inner walls are constituted on one side by a view of the garden and on the other a clay parget. Guests set themselves down on the mat, and the hearth is welded black steel. The dome laminated within is pasted with paper, through which light shines and illuminates the space inside.

The DOX+ complex of buildings expands the DOX Contemporary Art Centre. The original complex focusing on exhibition areas was expanded by special areas for dance, music, film and a school of architecture. DOX+ consist of three buildings: administrative with the school of architecture, an experimental music and dance hall and a dance rehearsal room.

This pavilion builds upon the character of the historic structure on site. The main aim is to recover the historical pavilion and open it for public, to use it and its vicinity as a place of relaxation and leisure, to establish sanitary facilities for park visitors and to restore the authentic building. It is located within the “Vinhrady, Žižkov and Vršovice” monument zone in Prague.

Sedlčany Community Centre is situated close to the historic centre of Sedlčany in Central Bohemia, south of Prague. It consists of two buildings establishing a natural transition between the town’s historic block structure and the less densely developed area. It is designed to be a modest project building on the intersection of a crystalline form.

For the second location of Manifesto Market, the owner and landscape architect Martin Barry chose to regenerate a little-known spot in Prague, in the heart of Smichov district. Manifesto Market chose this location for its valuable examples of architecture from the 20th century. Chybik+Kristof were commissioned to use modular units to create an elegant, temporary food and culture market.

The complex of the former waterworks on Letná has undergone several conversions since it was constructed in the second half of the 19th century but only the water tower has been preserved in its original form. In recent decades, the complex has been used as a youth center, and it was made to retain this function after renovation.

The vast revitalized riverfront area stretches along the three Prague embankments: Rašín, Hořejší, and Dvořák, almost 4 km in length. The completed first phase is Prague's largest investment in public space after the revolution in 1989, the first of this kind. It focused on the reconstruction of 20 vaults in the riverside wall (originally ice storage areas). Instead of creating classic interiors, the vaults are merged with the exterior to connect to the riverfront area and the river itself.

Editor's Note: This article was originally published on October 9th, 2019 and updated on September 14, 2021. 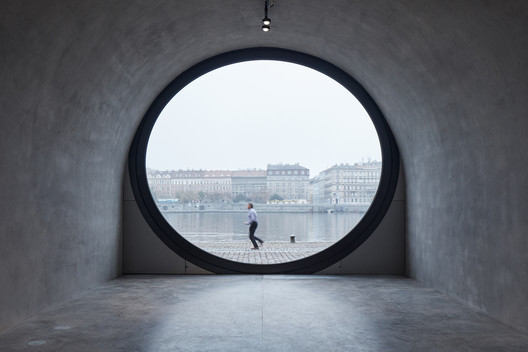