Save
Humans Living Together: Demonstrations, Festivities and Conflicts Seen From Above
Share
Or
Copy 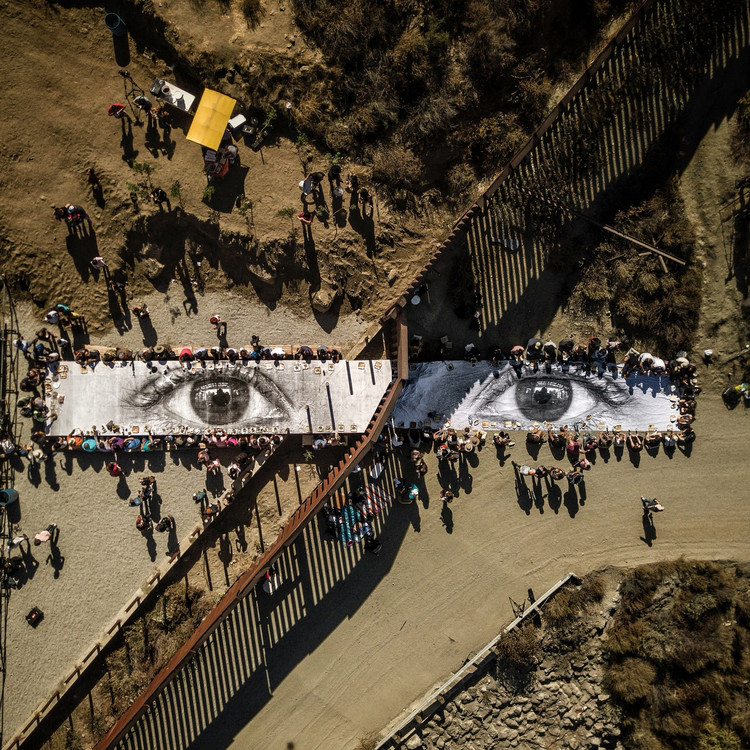 The world's population is expected to reach 9.7 billion in 2050, an increase of 2 billion persons in the next 30 years.

As the world's population continues to increase, new challenges are expected to arise in addition to the aggravating issues already faced today. How will we live together? The theme of the Venice Biennale of Architecture, postponed to 2021, intends to instigate discussions and proposals concerning the role of architecture in times of increasing political differences, intolerance, and growing economic inequality.

How we live together today can lead the way for human coexistence in the future and guide us towards actions to address both new and former demands, keeping in mind the conflicts intrinsic to the occupation of public spaces.

Human demonstrations can be related to various motives and goals, and reflect conflicts, fights for social reforms, festivities, etc. Observing people gathering in public spaces to express all sorts of different ideas can provoke debates about the rights to the city, to housing, and to freedom of speech, and also question how architecture can contribute with feasible solutions to these demands.

Together with Overview, we present a series of aerial images from different kinds of social protests and demonstrations around the world.

Demonstrations and protests are actions of the public to fight against a cause of concern, taking place in the public space as a democratic act of expressing their demands. Some examples are the anniversary of Bloody Sunday on the Edmund Pettus Bridge in 2015; the Black Lives Matter mural in Washington D.C., one of the many protests in response to the murder of George Floyd in 2020; the protests in Santiago, Chile in 2019 calling for social reform; and the March For Our Lives in 2018 in Washington, D.C., which sought to raise awareness of gun violence and called for increased gun control legislation.

The current global estimate, according to the UN, is that there are more than 270 million people living outside their country of origin. Despite the progress in opportunities and benefits for immigrants, and also for the receiving countries, many governments have taken the stance of establishing concrete and abstract obstacles to immigration. A picnic on the border between Mexico and the United States and temporary shelters in Röszke (Hungary), a city on the border between Serbia and Hungary, shows the different ways in which migration issues manifest themselves.

Many religions establish certain time frames and places dedicated to worship. So, hundreds of worshippers often gather on specific dates and locations to share their belief, as we can see in the aerial images of the Great Mosque of Mecca and the St. Peter's Square in the Vatican on an Easter Sunday.

According to the United Nations High Commissioner for Refugees (UNHCR), there were about 79.5 million forcibly displaced people worldwide at the end of 2019 as a result of persecution, conflict, violence, human rights violations, or events seriously disturbing public order. Refugee camps, with their temporary shelters that often become permanent, are a symptom of these conflicts. The following images portray the situation of the camps in Dadaab, Northeast Kenya, and Zaatari in Mafraq, Jordan.

Public festivities can range from sports championships celebrations to the commemoration of important dates in history, and many other festivals and public performances. A few of these commemorative events can be seen in the images of the Euro 2016 Fan Zone at the Champs de Mars in Paris and the celebration of the Eagles' 2018 Super Bowl victory. 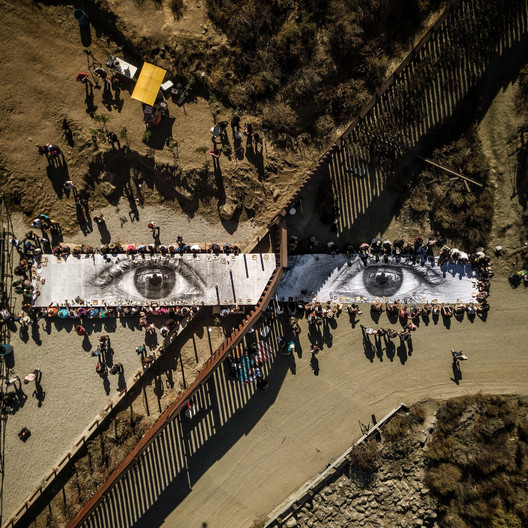