Save
WEEK Animates Famous Buildings in Series of Playful Gifs

Created between 2016 and 2020, WEEK and Axel de Stampa have put together a series of architecture gifs, Architecture Animée or Animated Architecture, revealing a playful and fictional side of famous buildings such as the Solomon R. Guggenheim Museum by Frank Lloyd Wright, the Fondation Louis Vuitton by Gehry Partners, and 1111 Lincoln Road by Herzog & de Meuron. 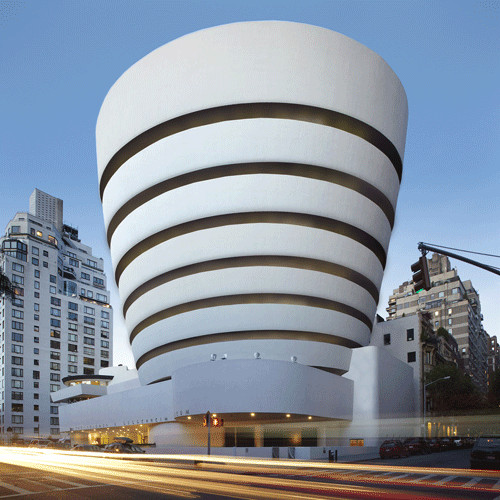 Turning still architecture into dancing gifs, the project realized by WEEK, an architectural office founded by Axel de Stampa et Sylvain Macaux, between France and Chile, generates a poetic take, transforming the built environment into a living and dancing artwork.

A digital discovery, Animated Architecture portrays the firm’s vision in activating space, collaborating with the Guggenheim Museum for the 150th anniversary of Frank Lloyd Wright in 2017.

Check out WEEK’s latest gifs, including the Grove at Grand Bay by BIG, the Interlace by OMA Ole Scheeren, the Docks de Paris by Jakob+Macfarlane, the Bank of China Tower by I.M. Pei amongst others.