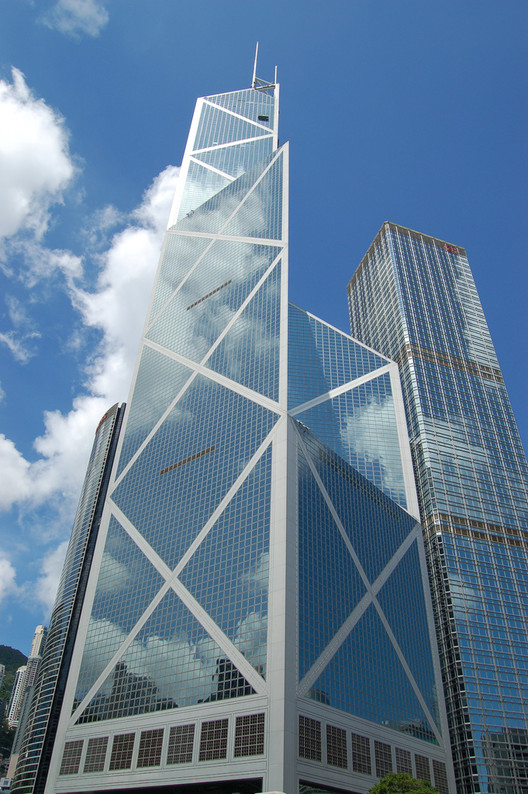 Text description provided by the architects. When commissioned to design the Bank of China Tower on an intricate inland site, I.M. Pei was requested to create an unavoidably tall unique headquarters in a typhoon-prone region that would represent the aspirations of the Chinese people yet also symbolize good will toward the British Colony.

The solution assimilates architecture and engineering simultaneously, involving an asymmetrical tower that informs both skyline and street. The Bank of China Tower stands 70 stories tall, reaching a height of 1,209 feet. At the time of its opening in May 1990, it was the tallest building in Asia and still remains one of the tallest in Hong Kong.

Comprised of four vertical shafts, the tower emerges from a 52-meter cube and reduces its mass, quadrant by quadrant, until a single triangular prism resides. The faceted prism is clad in reflective glass that mirrors the changing sky, anchoring the expansive business district and providing a characteristic vertical axis to Hong Kong's towering skyline.

The four shafts that from the building produce a modern composite structural system that not only resists high-velocity winds, but eliminates the need for many internal vertical supports. As a result, the Bank of China uses less steel than typical for a building its size.

A key issue for I.M. Pei was the symbolism of the structure for the Chinese people and the British Colony. Original plans included an x-shaped cross-brace. However, in China the "X" shape is seen as a symbol of death. As an alternative, Pei chose to use less menacing diamond forms.

The bamboo plant was also a significant inspiration for this unique building. The trunk of this massive structure is representative of the growth patterns of bamboo, the symbol of hope and revitalization in the Chinese culture.

At ground level, the tower is pulled back from the street to create an amicable pedestrian atmosphere that is fully accessible and sheltered from the urban bedlam. It is surrounded by a broad promenade, and flanked by cooling water gardens that muffle the activity and noise of surrounding traffic. 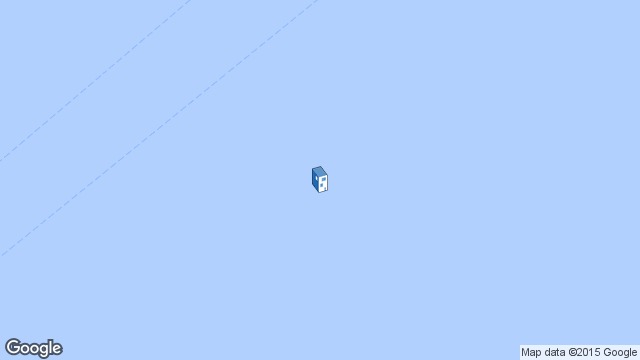