Save
Letter From Nigeria: Coronavirus and the African City
Share
Or
Copy

For several weeks, ghost cities became the new normal across Africa as municipal authorities enforced strict lockdown policies in response to the escalating pandemic. Today, nearly every major city on the continent is still under some form of lockdown or is gradually emerging from one. As a result, there’s much speculation about what our cities will look like in a post-Covid era. Many believe there will be a significant shift in the planning, design, and operation of cities, as authorities seek to adapt to the pandemic’s most disruptive effects. I don’t fully share this opinion. I think that predicting the future of a post-pandemic city, while in the middle of a pandemic, is problematic at best. I also know from history that pandemics, even the most deadly ones, eventually end some day.

We are not new to pandemics. The Spanish Flu of 1918 killed about 82,000 in Lagos (1.5% of the local population at the time). At the end of the pandemic in 1920, it was reported that Nigeria alone recorded at least 500,000 dead; global deaths were estimated at a staggering 50 million. In 2014, several cities across the continent were affected by the Ebola virus in 2014, but that outbreak was successfully contained.

As of early August, the continent is standing at about 630,000 confirmed cases of Covid-19 and more than 20,000 deaths. These numbers are significantly lower than those in the U.S. But there’s no doubt: our cities will undoubtedly be altered, in perhaps unforeseen ways. Rather than speculate on a still-hazy future, though, it might be more helpful to look at how the pandemic has exposed and amplified longstanding urban problems here in Africa and in the larger global south. Solving the new problems created by COVID-19 will ultimately mean tackling the old ones as well.

For traditional African societies, physical connection remains an essential part of our communities. Large gatherings are an important part of the collective culture. Whether we’re naming a newborn, moving into a newly built house, or even grieving, nearly every occasion here presents an opportunity for public gathering. Today, this profound human need has become the first casualty of the lockdowns; not even the sacrosanct daily religious congregations of the continent’s two dominant faiths, Islam and Christianity, have been spared. The current lockdown has created a social conflict within our built environment, one that’s at totally variance with our core cultural values. This is unprecedented. Not even civil wars have shut things down to this extent and on this scale.

Beyond the cultural conflicts, the social-distancing mandates have significantly exposed the squalid conditions in overcrowded slums and low-income neighborhoods across the continent places where exceptionally large populations live in densely packed settlements, sharing limited public facilities. Unfortunately, social-distancing has remained impractical for these hyper-dense communities and as a result, they will continue to be epicentres for the spread of the virus.

The Importance of the Informal Economy

The pandemic has highlighted the need for more self-sufficient neighborhoods. In Abuja, Nigeria’s capital, several residential districts were serviced by informal stores during the lockdowns. Mom-and-pops became the mainstay of several neighborhoods, selling groceries and essential household supplies. Some of these stores also became neighborhood banks, offering residents cash-back facilities for a small commission. Others extended credit to residents unable to pay their bills during the pandemic. These makeshift, wooden shops—often no more than 4 square meters in area—became crucial hubs for many neighborhoods. Although there’s currently a stringent policy against street trading and other informal activities within residential districts, the lockdowns demonstrated how indispensable these businesses are to our communities. There is a certain irony to this, because these places were often under constant siege by the city’s development authorities during “peacetime.” They were often harassed, declared illegal, and routinely demolished. If there’s a planning lesson to be learned here, it’s this: These informal neighborhood stores are an integral part of our urban DNA and need to be a core component of future placemaking. They’re a strength, not a scourge.

The pandemic has brought forth a wave of shoddily constructed healthcare facilities: All over the continent, authorities are building infectious-disease clinics, molecular laboratories, and isolation centers in response to the public health emergency. This is a welcome response, I suppose, but also a tardy one, highlighting the collective failure of African states, which for years have prioritized starchitect-designed vanity projects and utopian new “megacities” at the expense of providing basic amenities like quality healthcare to their growing populations. Perhaps the pandemic will inspire a reset, ending this near-sided focus on large developments and emphasizing instead the importance of people as the most important component of placemaking.

In a 2018 essay for Common Edge, I bemoaned the lack of play spaces for children in most African cities. Here in Abuja, most neighborhoods are fully built-out and have very little open space available; small community parks are almost nonexistent. The lockdown significantly exacerbated this problem—not just for children, but for stir-crazy adults as well. During the lockdown, after extended periods of confinement, many frustrated families simply marched up and down the paved streets until they got bored and weary and went home. Clearly, they were starved for open space that simply did not exist.

It seems that pandemics will always be an inescapable part of human existence, and might likely be more common as the impacts of climate change become more pronounced. As a result, we must learn from this fraught moment, knowing that these events will not only create dire new realities, but exacerbate and expose existing challenges. The issues facing the African built environment and our cities are long-standing and well-documented. So many designers and planners and theorists have offered viable solutions. I believe now is the time for authorities to listen. 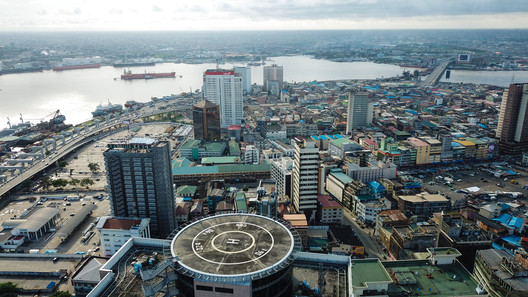