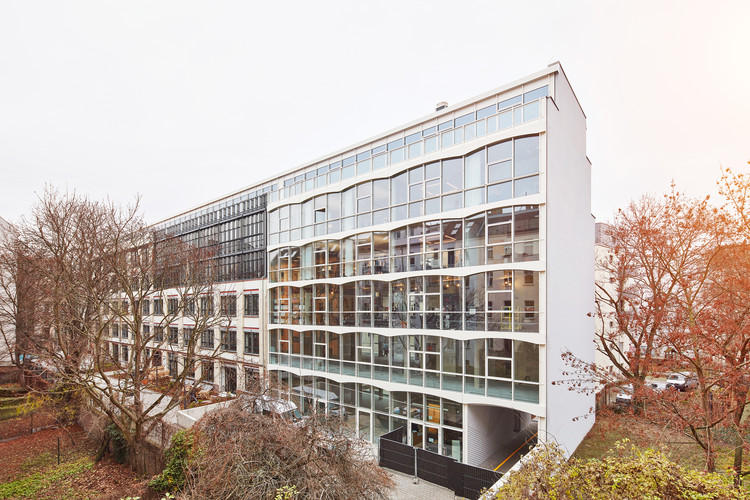 Text description provided by the architects. Gertrudshof, a historic "Klinker Expressionist" industrial building in Berlin, has been refurbished and extended with a brutalist concrete vault structure by Berlin practice Julian Breinersdorfer Architekten in collaboration with Rimpau Bauer Derveaux.

The facade of the intact building section has only been repaired where necessary and bears the scars of both WWII and the traces of GDR occupation. The brick vaults have been sandblasted and repaired. The refurbishment of the partially destroyed section replaces the lost volume with a vertical extension. It follows the historic structural grid, heavy concrete vaults that span column to column are referencing and juxtaposing the delicate brick vaults of the original structure below. Black facade profiles enclosing the new volume strictly follow the geometry of the original expressionist glazed brick facade of the workshop.

On the back facade facing the narrow courtyards, the building steps back, and the vaults are split at the vertex ensuring quality daylighting of office spaces from both sides. The razed building volume has been rebuilt with a lightweight vaulted in-situ concrete structure with floor plates that cantilever to the facades, a minimalist reference to the industrial heritage of the site. Following this logic a reduced, highly transparent facade with white profiles that aim to be as light as possible provides a highly technical enclosure suited to the needs of a modern office. The covers of the textile shading follow the geometry of the concrete vaults behind, giving the facade the appearance of a section drawing. The concrete staircase follows the tracing of the back facade, resulting in an unusual stair geometry that steps backward following setback requirements. The ground floor of the new building has 4.2m high ceilings, giving it the appearance of a cistern.

The three building sections are connected by a lightweight steel frame top floor with a wooden ceiling, carried by cross columns made out of four bolted c-profiles, referencing GDR pavilion architecture and the industrial steel columns ubiquitous in pre-war industrial buildings in Berlin. The top floor is connected to a rooftop terrace, via a cut-in, glazed stair. The building is organized flexibly for adaptation to easily accommodate both a single tenant or a variety of spacious, open floor plan offices. Many units have access to outdoor terraces.

In order to avoid piping and reduce energy consumption, the building breathes naturally and contains no active ventilation system. Every desk group has a large openable window and at night windows open automatically to control climate. The thermal mass of the concrete structure and automatic exterior sun shading keeps the need for cooling to a minimum, while the transparent, high-efficiency facade significantly reduces heating energy in winter. 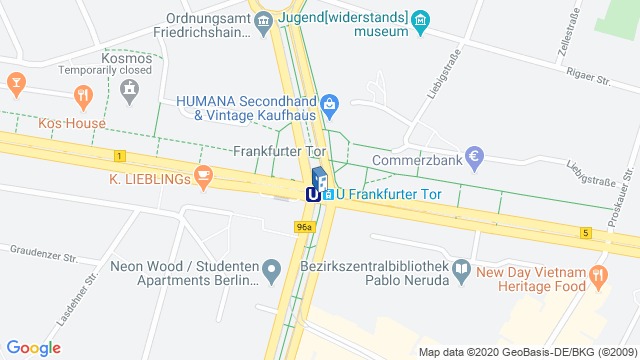 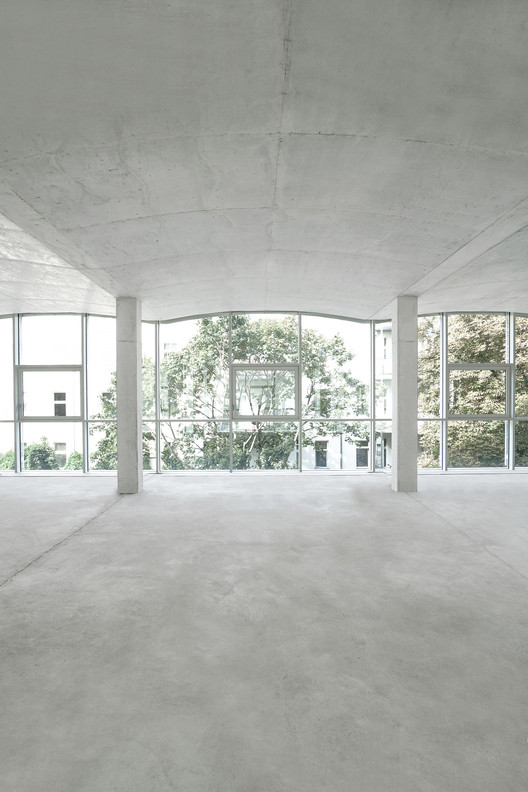 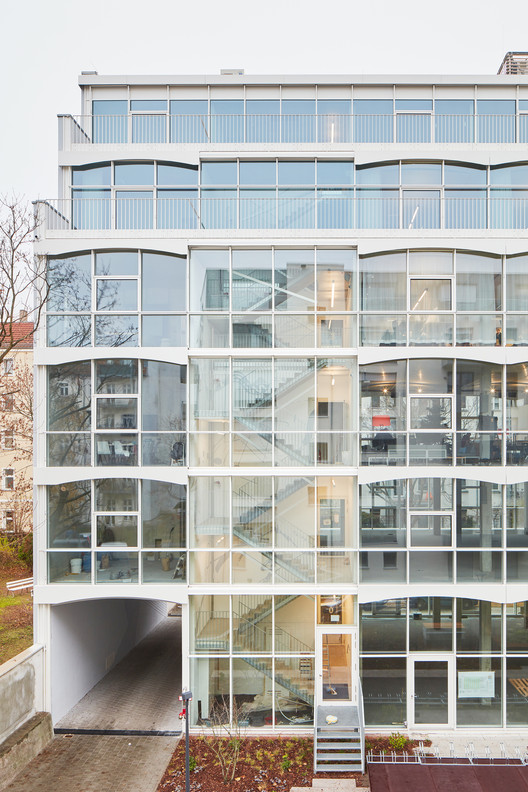 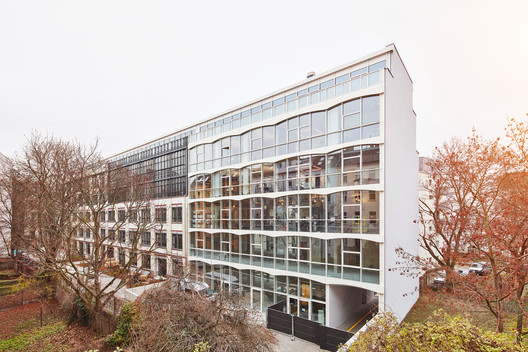