Save
Cities Should Allow People to Shine
Share
Or
Copy

Beyond the clear differences in the quality of life of each country and city, in particular, we have formed a false idea of the citizen that is truly free. Because although it is opposed to our nature, we have all followed certain fashions and behaviours –diverging our essence– so as not to enter the danger zone. The danger of not belonging, danger of being left out. The survival of the fittest governs us and forces us to adapt and to approach an ideal assumption that apparently keeps us safe and that gives us better options to prosper.

Thus, many of us get used to refraining from being what we really are, avoiding an indifferent glance, an unpleasant comment, a violent insult, a physical aggression, and worse still, the exile towards the illegitimate. It may sound exaggerated, but it isn't. The crisis in urban environments intensifies along with friction among its inhabitants; between those who appear to be legitimate and those who are not. Probably all of us have felt like this at some time.

How to articulate a certain cohesion based on difference?

To begin, it is necessary to assimilate that there are latent differences. Thinking of New York, Tokyo, Cairo or Santiago de Chile, an image is immediately generated in our mind and in some way we seem to think that we understand how each city works. However, on a daily basis, the perception of cities is different for each person, even more if that person moves away from the dominant ideal. Historically, the LGBTQIA+ community, in its plurality and in its minority status, has had to inhabit and appropriate the city from a different angle than the official one, moving mostly between clandestinity (repression, secrecy) and exhibitionism (liberation, protest). Fluctuating in this dichotomy, the city of each individual is configured in response to their specific needs; their spaces of freedom and security differ from the norm, and although they are not the same for everyone, they begin to share certain codes that link them as part of a collective. "The prohibition of homosexuality forced a minimization of the risks and an optimization of the effectiveness. A communication system is created based on specific codes that go hand in hand with the appearance of an almost ad hoc market (Pollak, 1987: 78). All this is recognized and learned in 'homosexual life'. [...] Places, forms, and codes are learned; the logic of homosexual life is discovered." [2]

This is what we call Espacios Oscuros. All those ambiguous and indeterminate spaces, sometimes temporary and momentary, that give rise to this community. Spaces that are both as secret and subversive as they are sensual, protective and liberating. Spaces whose limits begin to blur together with the rest of the city, since they were never really separated from it: "In the bathrooms built for cleanliness and the parks made for peacefulness, and also through the figures of the policeman and the flâneur, the modern city is cruised, dismantled and made into a drag of itself. The dungeon becomes playful, the labyrinth protective, and the baths erotic." [3]

As respect for the human being becomes imperative, the limits vanish and the friction of realities intensifies, increasing the feeling of discomfort, insecurity and danger in all those who still do not find spaces that accept them and that represent them adequately. The apparently static structure of cities is blurred by virtue of sexuality, while new problematics emerge for those of us who have the opportunity to imagine and to design the urban environment:

* The following lessons have been compiled and summarized from group conversation sessions with diverse members of the LGBTQIA+ community, held in Santiago de Chile during 2019 and 2020, using an intimate format and guided by a semi-structured guideline.

1. Public spaces are not effective meeting places for members of this community. According to the first explorations, with the exception of a few streets and parks, most of the city appears as a hostile area, emphasizing the fact that peripheries –without distinction of social class– are areas that also provide a certain sense of danger.

The feeling of freedom and security tends to change rapidly into the feeling of discomfort and insecurity between one street and another, which is why several individuals express living in a permanent state of alert and vulnerability. "There are places where I feel insecure but there are also thousands of places where I feel uncomfortable. For me, practically the whole city is uncomfortable, and it is a problem."

Inclusive neighbourhoods with tolerant inhabitants, theoretically gay-friendly, can suddenly become dangerous places, leading some people to think that safer spaces could potentially represent a greater risk: "Although there are supposedly tolerant neighbourhoods, I feel that gays are an easy target, that fewer people are going to defend us when it comes to an attack. I think the danger of 'safe spaces' is that we feel so safe, that we stop being alert."

Sometimes just sharing environments mostly frequented by heterosexuals already represents insecurity, especially for the lesbian community. "We once went to a straight night club. And since we were two women, it became a deal of constant harassment. You are in a space where you could perfectly be yourself, but you feel constantly uncomfortable and insecure, you are not in your habitat."

2. Permanent discomfort and alertness forces individuals to seek alternative meeting places. Private and clandestine spaces (therefore illegitimate), become personally configurated versions of the city, in search of safe spaces where one can express oneself freely or comfortably. In many of these spaces, there is an unprecedented coexistence between people of different social classes, ages and characteristics, since now the main link is sexuality, allowing them to identify with other individuals who live a similar experience.

By appropriating the spaces discarded by the system, a network of meeting places is unconsciously generated outside the official areas. "In very specific neighbourhoods, clandestine parties are held, in abandoned houses, and people come from all over the city. It is an underground scene; there are straight, bi, non-binary, transgender people and post-porn shows. Everything opens up there and it is an atmosphere where I feel very safe."

The spontaneity of these spaces, as places that arise from a basic and urgent need, instinctively begins to trigger a series of unique urban situations. "In these spaces, there are certain codes that only I and my friends know. We feel protected and free because we understand how they work. I do not need to explain to anyone, because I already know these spaces and know how to move; it is a space where I meet others like me and we understand each other."

3. Freedom is most comfortably expressed in programmatically heterogeneous and socially diverse spaces, as well as in neighbourhoods or spaces related to art, culture and university education. "Being in a place where art is seen, where art is practised, and where art is made, is a comfort zone for us compared to places where suits and ties are prioritized."

In mostly homogeneous areas, 'looking different' is usually highlighted negatively, while in active spaces with multiple uses and users, the feeling of freedom increases considerably. "Where I live people are all alike and I am like a weirdo, I have to behave 'heteronormatively'. In the centre, however, you see so many things that you begin to feel that it doesn't matter, that they are no longer paying attention to you, that you can be the person you want to be.

Diversity does not necessarily imply meeting members of the LGBTQIA+ community, rather, with any type of diversity. "At 16 or 17 years old, I would go to some malls where people used to play card games. They were not gay spaces, they were diverse spaces. Different urban groups would gather there; goths, emos, otakus, punks. One had to produce oneself and dress differently to get into the code, I had to 'dress up' because I wanted to have diverse friends."

4. However, the existence of diversity in a physical space is not synonymous with the fact that all people are truly welcome. There are more accepted diversities than others, and the participants agreed that social, cultural and economic differences are also replicated within the community itself. "If we get to a certain level of analysis, we are going to discover that suddenly the neighbourhoods where gay women feel comfortable are not necessarily the same ones where gay men feel comfortable. And they are not the same places where transgender people feel comfortable. There are certain 'recreational neighbourhoods' that were once meant 'for gay men' versus others 'for gay women.' In the end, we replicate the same subdivisions as the rest of society within our community. "

It is possible to conclude that not all established queer neighbourhoods provide security, comfort and freedom to all of its members. Many agreed that social and economic privileges make diversity somewhat negotiable. "There are very strong stereotypes within the community itself. People who are not from a well-off sector are undervalued by the drag performers in their shows (stand-up comedy). [...] I also remember a comment that was made much earlier, it was horrible but very decisive, labelling people as 'gays' or 'fagots', depending on the neighbourhood they lived in. And it is something that is still valid, we were boycotting ourselves. "

Cities Shaped by the Human Being

The observations presented here are only an initial approach to a complex issue, which requires the joint and determined action of all those actors who participate in the configuration and management of our cities. However, everything seems to indicate that the deep observation of the human being and their differences, to give space to diversity and inclusion, will be one of the main issues that architecture will face in the coming years. Studying the honesty and effectiveness of these spaces –being born as a spontaneous response from a group of citizens– can be a good starting point.

Espacios Oscuros, a Chilean project initiated by the architects María Francisca González and José Tomás Franco, analyzes the urban experiences of various members of the LGBTQIA+ community in public and private spaces in Santiago de Chile, drawing the veil of a hidden urban situation. It is an observation of illegitimate interactions, of all those actions that have been left out of the predominant design, of the trans city. A register that allows us to understand the use, treatment and meaning of space, with the aim of making visible and available a reality hitherto ignored by those of us who are designing the cities of the future. 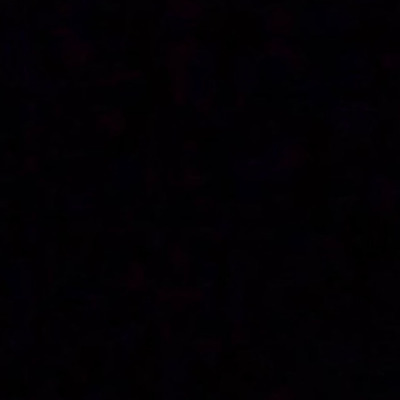