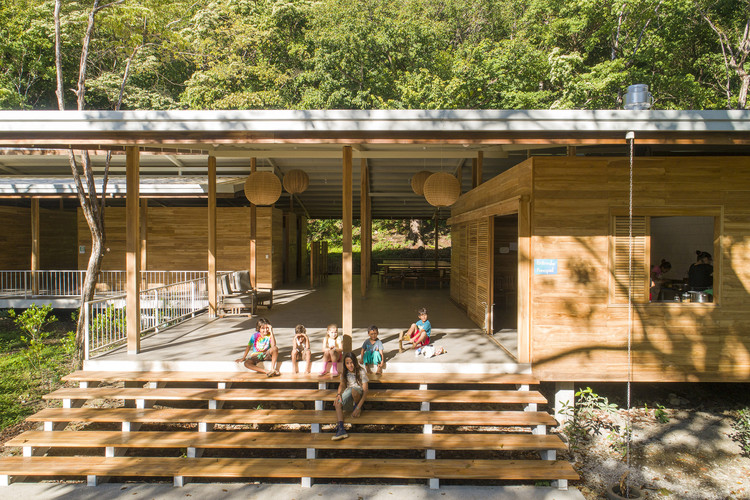 Text description provided by the architects. The main challenge was to capture through architecture the concept of Waldorf education in a tangible way, taking into account the guidelines of its founders and pedagogical team.

The architecture should be striking, fluid, open, with curved walls, subtle colors, and include textured surfaces and natural materials.

As a starting point, we wanted to adapt the architecture to the site and cause the least possible impact on the environment to maintain harmony in the place.

We opted for an elongated shape to focus the main view of the ocean and adapt to the topography.

We lean towards the distribution of separate modules to have that feeling of fluidity abroad and to differentiate academic spaces according to the needs of the different educational cycles.

We developed a centralized main building where the primary classrooms, the administration, the bathrooms, and the kitchen and dining area are located. To one side is the main performing arts hall, the parking area, and the main entrance. And on the other side are preschool classrooms.

For preschool classrooms, we focused on Waldorf pedagogical principles regarding the activity and sensations to which young children should be exposed. We propose an organic architecture with natural materials that will inspire children through sensations.

The architectural plan consists of a snail spiral that opens at its entrance and closes little by little on its winding path until it forms the central room where the children interact.

The ceiling is a reciprocal self-supporting structure of interlocking roundwood pieces that follows the shape of the spiral. The cover is meticulously made from a layer of grass fabric according to the indigenous tradition of southern Costa Rica.

In the center of the roof structure, a circular opening is formed that allows the entry of changing light according to the position of the sun, and its path creates an active sensation to our senses, which constantly connects us with it.

Following the pedagogical principles for the older ages as a more mature stage, the configuration of the 6 primary classrooms became more sober and formal. A modular layout was developed to distribute the spaces and in turn, maintain a spatial and structural order, this made the construction process more agile and meant a reduction in the waste of materials.

The main structure is built on stilts and the classroom modules are separated from each other by an open patio for privacy. The roof structure is separated from the sky like a floating roof so that air passes through the spaces and keeps the interior space cooler.

It was built primarily from plantation wood treated with natural oil, metal was used to maintain the rigidity of the roof of the main building, and natural materials such as roundwood and grass were used as principles of sustainable architecture. 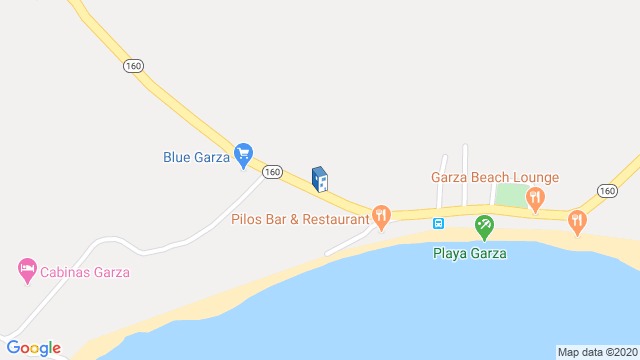 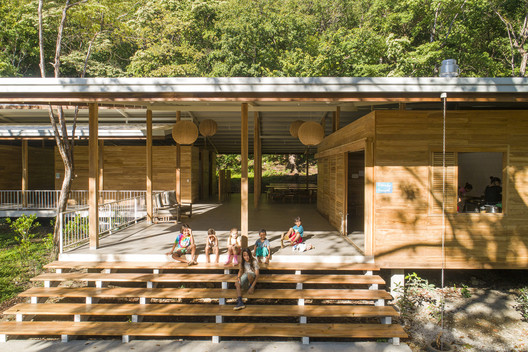