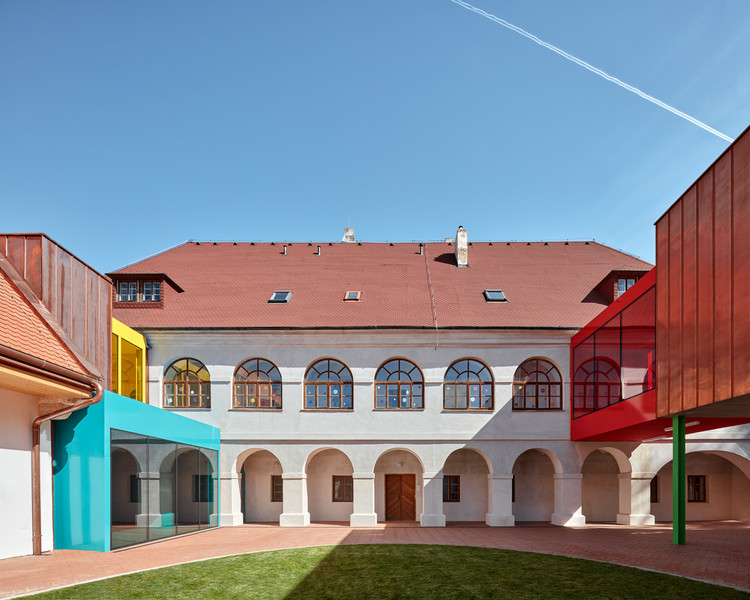 Text description provided by the architects. When the municipality of Vřesovice agreed with the Church on transferring the rectory and the parish estate to the municipal property, the Church wished that the village should not let the whole premises deteriorate but use it for a purpose. Therefore, since 2013 the main building of the rectory has been a primary school and two years later, a daycare center with a kitchen and a dining room, which are also used by the primary school, was established on the ground floor of the two building wings. Our task was to reconstruct another part of the buildings into two classrooms and two vocational ones.

The last part was the original gymnasium adjoining to the baroque building, which is to be converted into a modern gym and two club rooms. At present, the project is waiting for a subsidy. The need for the project, or the need for reconstruction, arose due to a requirement to expand the capacity of the school capacity, to save the rapidly decaying roof trusses of the Baroque complex and rectify the unsatisfactory state of its inner courtyard. The whole complex was built gradually, its various parts serving different purposes. They have been preserved in different conditions. Similarly, its reconstruction proceeds gradually, according to the needs of the municipality, its financial resources, and the condition of the individual parts of the complex. This diversity, both operational and technical, has therefore logically become the main starting point of the reconstruction project.

The project proposal emphasized the interconnection of individual parts so that their historical value as a complex should be preserved and so that the users of the school and the daycare center should feel comfortable and free to use all its parts. Both newly implemented and original historical elements are intertwined, but they are clearly distinguishable from one another. The historical parts are united by a classic plaster façade, a red roof of plain tiles, and copper plumbing elements. On the other hand, the simple cubic shape, smooth surface, and distinctive colors characterize the new parts. Passages and interconnections of the buildings which were separated in the past are accentuated. It brings a playfulness to the complex not only with its colors but also with new possibilities of operation and movement. Children are free to choose which entry to school and which color they will use.

The project is strengthened by the interconnection of the existing classrooms in the rectory building and the new classrooms. In the past, the school's economic facilities were situated on the ground floor of the rectory and the daycare center on the ground floor in two additional wings. Reacting to that we placed the main facility of the school on the first floor, which, among other things, brought an opportunity to save the valuable Baroque roof and to make use of the situating of the complex at the foot of the slope of the church hill. Thanks to that, the new classrooms have a spacious terrace with a grass area, from where it is possible to enjoy lessons with a view of the Church of St. Peter and Paul.

The project has managed to give the great Baroque complex a new life. Although it is a building with the status of a national cultural monument, a completely modern, confident as well as sensitive, architectural approach was chosen for the reconstruction. As far as the needs of the school are concerned, the historical building had several limitations, so new architectural elements not only improved the conditions for the children and teachers but also transformed their time spent at school into an experience of the space. The moment of playfulness and free movement has become important at school. What is fundamental is also the free space where children can move - the space where they make their own rules in order to relax from order and dictates. 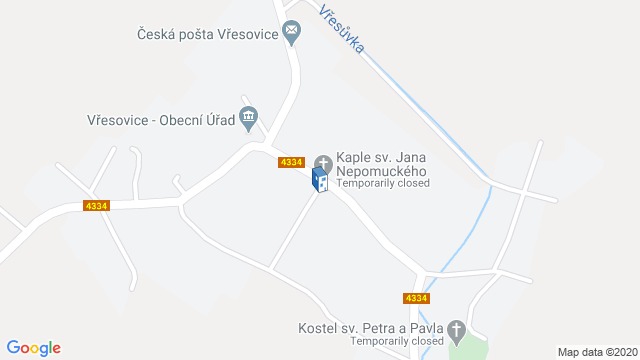 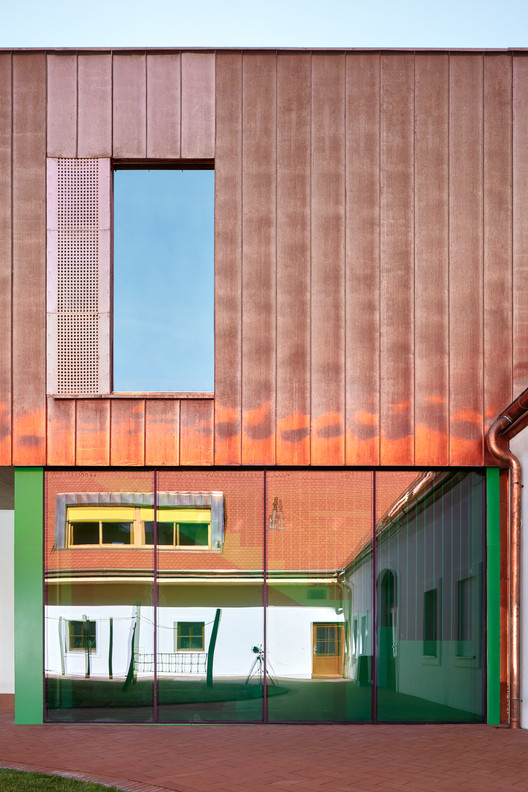 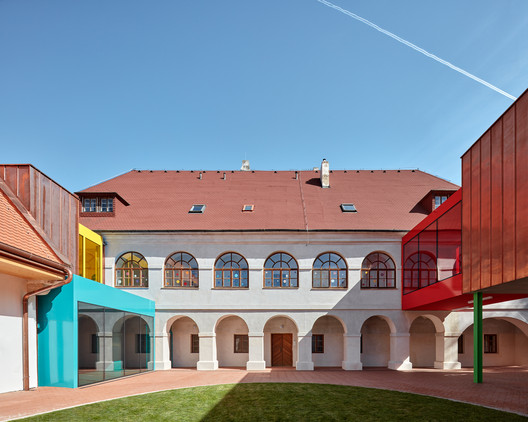