Save
Cabins and Chalets: Secluded Homes in the Czech Countryside
Share
Or
Copy

Architecture in the Czech Republic is defined by the country's incredibly diverse landscapes. As one of Europe's cultural hearts, Czechia has a rich history, and was once home to the Kingdom of Bohemia. Today, architects and designers are drawing inspiration from the country's low mountains, foothills and forests as they design a range of secluded residential retreats. 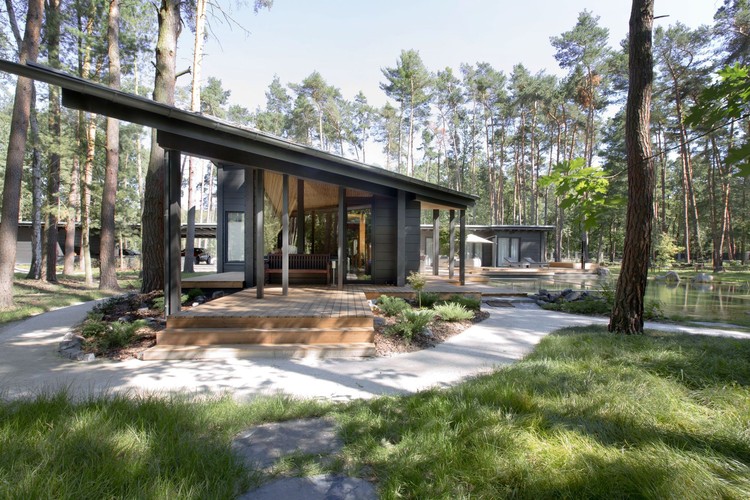 As a landlocked country bordered by Austria, Germany, Poland and Slovakia, the region of Czechia is defined by a hilly landscape. At the country's cultural heart is Prague, one of the largest cities in the European Union sited along the Vltava River. The Czech Republi has traditionally been divided into three lands: Bohemia, Moravia, and Czech Silesia. Each of these areas is home to a range of modern cabins, chalets and rustic home conversions that build off an appreciation for the countryside.

The brief of the project was to provide an all year round retreat for the clients’ yachting passion, with minimum typology and maximum visual connections to the lake and the surrounding pine forest. The single pitch is a result of internal spatial planning as well as the relationship to the lake – shore axis represented by the mooring pier as a principle access point.

House By The Forest by kaa-studio

The house is located at the outskirts of the village. The street consists of a row of family houses and the edge of the forest. The surrounding development is characterized by layering of various annexes and extensions to original houses. The designed house was preserved in almost original form.

The house called Zilvar is located on the outskirts of a small village in Eastern Bohemia surrounded by fields and forests. The client’s wish was to design an open-plan, low-energy wooden house to improve the closeness of all three members of the family and provide direct impact by the surrounding nature.

Villa in Frýdava by Uhlik architekti

The house is located on a steep slope at the Lipno Reservoir with an unfavorable north-east orientation, high above sea level (745 metres). The design of the house tries to find an answer to these rather difficult and contradictory conditions. The whole body of the house is divided into two masses.

This was the first house designed and built by the studio, and is located on a small piece of land between Kopřivnice and Štramberk. It was built in a former recreation area where a large, old Chestnut tree was growing in an overrun field. This tree was a focal point for the property and the house became known as Chestnut House.

Cottage Near a Pond by Atelier 111 Architekti

Inspired by traditional cabins, the team designed a small project on a bank of a pond which is surrounded by picturesque scenery. Its size is limited by local legislation; the maximum built-up area was 50 m2, and the maximum height of 5 meters required a special ground-plan solution for the family holiday house.

The team envisaged the idea of a house in the middle of woods, in the center of a forest town. The project is about maintaining the stillness and quietness of the forest, and also providing a sense of privacy and security for the residents, while bringing light and air under the tree crowns. 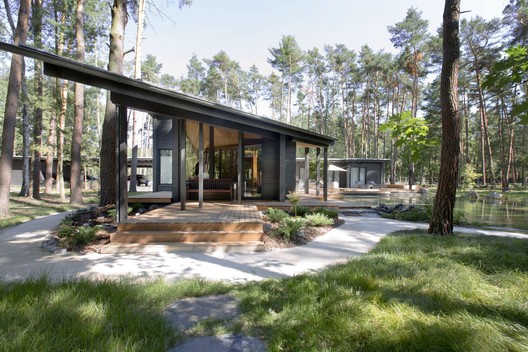