Save
The (E)motional Landscapes of the Extra-urban: How Does the Perception of Surroundings Evolve Through Mobility Innovation?

From horse-drawn trolley to railways to the automobile, innovations in transportation have shaped not only the way our cities develop but also how people experience the surrounding landscapes while in motion. When in the 5th millennium BCE, Sumerians developed the first freely-spinning wheel with axle mechanism, this invention not only brought significant military advantage during the city-state wars in Mesopotamia but it also boosted the development of cities.

Carriages were essential to carry heavy loads on long distances both for agricultural and construction purposes. In general, for most of the ancient civilizations’ innovations in the engineering of vehicles were mainly triggered by the necessity of carrying loads rather than shortening distances between places for people’s mobility. In fact, scholars agree in stating that until the early 18th century, cities were designed for people who walked wherever they needed to go. With the advent of omnibuses in Paris, London, and New York City in the late 1820s, people started experiencing urban spaces at a different speed: the individual reason for movement got blended with larger crowds, and the act of traveling became less customizable. In the 20th century, the growth of private car ownership regained in individual customizability: on the one hand distances got shortened by the technological advancements of private vehicles, but on the other hand, people began to travel in enclosed shiny metal shells that tended to isolate passengers from the sensory experience of cities. Because of this paradigmatic shift, the deep-seated connections we used to have to our urban landscapes have been slowly disappearing.

The experiential component of human mobility is also profoundly affected by the type and quantity of vehicles crowding our streets. In China, for example, we could easily expect the largest wave of motorization to happen soon if we applied the same car ownership per capita rate of western countries. For this reason, the need for a reconciled equilibrium people – vehicles – built environment has to be combined with a systematic change in both the technology and use of vehicles. As Jane Jacobs wrote in her “The Economy of Cities” (1969), innovations are a product of dense urban environments, however, with one-third of the global population living in areas with poor access to public transit[1] how can we think about a new generation of shared autonomous vehicles that could provide mobility options in non-urban contexts? How could we envision a system that guarantees the same flexibility of car ownership, but, eventually, turns ownership into a collective sharing system? For example, a new generation of autonomous electric vehicles (AV) could take advantage of the existing road network to become the backbone of new mobility that will not rely on fixed infrastructures, such as railways, metros, and trams in areas of low transit mobility demand. From a transportation planning perspective, faster AV could potentially reduce travel times in low-demand areas. However, this technological effort might not be enough if not combined with the development of transport networks characterized by service areas in a homogenous and isotropic space. By doing so, accessibility to transport networks takes priority over speed.

In the midst of this urban ubiquity, what if the fast-moving autonomous vehicles revolution was the medium to conceive a new sensorial and experiential reading of the city? In an era of ever more rapid technological development, “cities can now see us” – as the curatorial statement of UABB suggests. The abundance of information available – telling us where to go, what to do and who to meet – intermediates between us and the city, distancing us from its physical and, to some degree, psychological realities.  By using the region beyond the metropolitan area of the Pearl River Delta as a case study (more specifically, the Guangzhou-Conghua corridor), the team led by MIC (Federico Parolotto) with Tiziano Cattaneo and Carmelo Ignaccolo explores how fleets of shared autonomous vehicles could become the transit backbone of Chinese non-urban areas while heightening the travel experience through a customizable reading of Baidu POIs (Point of Interests) and features of the built environment[2].

Carmelo Ignaccolo is a Ph.D. Candidate in Urban Planning at MIT  and an Assistant Professor at Columbia GSAPP’s Urban Design Program. He employs data visualization and mapping techniques – informed by urban analytics and spatial statistics – to investigate the complexity of our data-rich environment and to envision new design solutions at the different scales of the built environment.

Tiziano Cattaneo is National Chair Professor under the Shanghai 1000 Talent Plan at Tongji University where he founded the Environmental Futures Lab at the College of Design and Innovation. Inspired by China’s rapid urbanization, the Lab focuses on research and practice of the aesthetic form of the built environment and narratives visualization of urban systems changes in space and time. In Italy he holds the National Scientific Qualification as Associate Professor in Architectural Design and since 2007 teaches at the University of Pavia.

MIC (Federico Parolotto) is an international transport planning firm based in Milan with branch offices in Moscow and New York City and operates on an international level, with works spanning from the United States to China, and from Europe to Africa. Specifically, MIC is able to speak the language of transport engineering, using the latest and most sophisticated modelling simulation and to understands the impact of transport on urban quality and ultimately on real estate value, creating a bridge between traditionally distinct fields. MIC merges transportation and urban planning and design into a holistic approach based on data, simulation, and evidence. The other main features of the MIC approach are the willingness to explain and communicate our methodology and process through high-quality graphics and visualizations, to be very committed to achieving the best results. 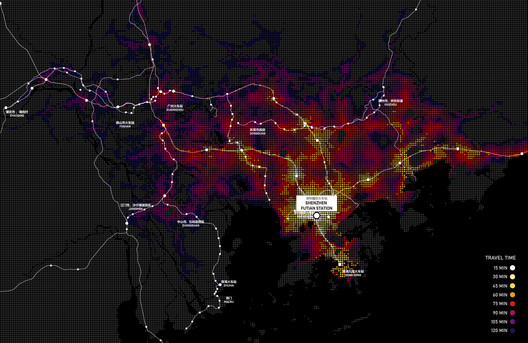